My name is Tom Gates, and thanks so much for visiting my blog.  As you can probably tell, this blog is about my adventures teaching ESL in South Korea and judo, my favorite pastime.  I came to South Korea in August of 2011 and it's been an eye opening, fun, challenging, roller coaster of an experience to say the least.  Unlike most people who travel abroad to teach English, I decided to come here later in life.  At one point in my life I was seriously considering travelling to Japan or Korea to teach English as a way to train in the sport I love so dearly - judo.  I was a year out of college.  15 years later, and thanks to an economic downturn, I decided to take the opportunity to travel abroad and teach.  Though now it's a lot less to practice judo, I am finding that being a little older has made a big difference in how I appreciate the little things and weather the difficulties that come with doing this sort of thing.  I still joined a local judo school and take time to make videos for my Youtube channel dealing with all things Korea and even some judo to boot.

I was born and raised in New Hampshire in the United States.  My mother is Korean and father is English descent.  Being of mixed heritage has helped me to see and appreciate both cultures.  I spent 8 years in NYC as well, and having many Korean friends also gave me a more vivid look into the "Korean" side of me.  However, nothing really prepared me for coming to Korea.  It is not like back in NYC where you can drive a few blocks and be in a completely different ethnic neighborhood.  Everyone here is Korean - everywhere.  And they all speak Korean.  Very little English is actually spoken in most parts of Korea - even in the large cities like Busan where I live. 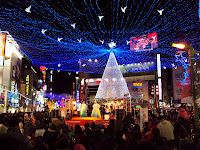 Living in Korea will be an eye opening experience for anyone.  Some people love it.  Some want to turn around and get back on the plane.  I love it.  It is just so cool to be living in a completely foreign culture, trying to learn about food, culture and what's appropriate.

Being in this region of the world also gives you the opportunity to travel to other countries in Asia without too much difficulty.  The countries are very close and you already have the documentation needed to cross borders.

I've been to Tokyo, and I plan on visiting the Philippines, Thailand and other areas in Japan again.  As a judo enthusiast, being in Korea has allowed me to see the sport in a whole new perspective.  Japan and Korea are two of the most successful countries in the sport, and now I am learning first hand why.  It is amazing how the sport is a very different concept here compared to back home.  Very much a way of life and part of the culture.  Much like baseball and football are to us.

Though I haven't traveled as much as I'd like to yet, it is definitely on the horizon.  One year in Korea wont be enough, so time will be on my side to travel more.

One of the main reasons I chose to stay longer than one year was because there just wasn't nearly the time to see all I wanted in the city I live in.  Busan is an incredible city.  I would argue the best in Korea as it has the total package - mountains, beaches, sky scraper congested cities, and some of the greatest views as set on the East Sea.
Though I've seen much of it including temples, mountains, film festivals, magnificent new construction, beaches, judo tournaments, parks, etc, there's still much, much more. 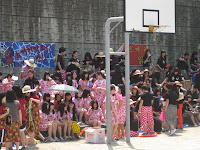 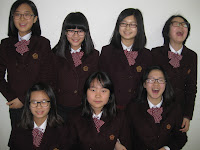 Having said that, the attractions and splendor of Busan does indeed pale in comparison to the most important thing here.  Something I didn't really think I would embrace as much as I have.  That is the students.  It goes without saying that Korea boasts the elite students in the world without exception.  Korea is serious about education and no resource is left out to ensure the future prosperity of the country through the investment in their youth.  All that aside though, their proficiency in math is not what has made me appreciate the students as much as I have.  As a whole, they are highly respectful, genuinely compassionate, and a pleasure to be around and know.  I don't know how long my time in Korea will be, but I am seeing that I will miss the students the most. 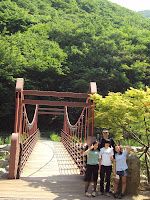 I've now had the opportunity to teach both elementary and middle school students.  Both have their unique qualities, and both have been fantastic to work with.  A challenge at times, and joy and laughter at others.

The teachers also really helped to make my time here enjoyable to no end.  My boss, and senior English teacher at my all girl's middle school has gone to extreme ends to help me find my way and make Korea my new home.


My hope for anyone who reads this blog, is to convey my very experiences and emotions in a way that makes it real for you to.

If you're teetering on the edge of whether to travel or not, you should just do it.  One year goes by so quickly.  You may, however, find yourselves looking for ways to make last forever.


Thanks for reading the Red Dragon Diaries.  I hope to see you here someday.