Last January I was selected to contribute to the second round of the Korea Blog. After nine months promoting Korean culture and tourism through my blog, I was chosen for a special reward trip! I joined six other Korea enthusiasts on a wonderful tour through Seoul, Jeonju, Seonyoudo, and Gunsan. Overseas bloggers Annabel and Ema of England, Gisela of Mexico, Maria of Indonesia, and Dorothea of Germany flew in for the special tour while fellow Canadian Asif and I joined the tour from our homes here in Korea. We were accompanied by our Korean guide Grace, photographer Han, and two cameramen on a weekend trip I won't soon forget. I'd like to thank the Korea Organization for Culture Information Services (KOCIS, at Korea.net), and the Korea Blog for inviting us on this amazing trip!

The overseas bloggers arrived in Seoul on Thursday (read Gisela's blog here), and I joined them that evening for dinner. Along with KOCIS rep Cathy, we ate at Bulgogi Brothers restaurant in Seoul Finance Center. We enjoyed some of Korea's finest barbecue before heading off to sleep at  the IP Boutique Hotel,  a quirky and elegant hotel located only minutes from the busy centre of Itaewon.

On Friday, we made our way to Jeonju to lunch and learn about  the region's famous traditional foods by dining with a local bibimbap expert - Korean food is serious stuff! He told us that Jeonju is famous for its traditional foods due to their perfect blend of colours, taste, aroma, and texture.

We then took a guided tour of Jeonju's famous hanok village, comprised of over 700 hanok homes that sit on picturesque cobblestone streets.


Our guide led us to National Jeonju Museum and palace and the elegant Jeondong Cathedral.  We also snacked on some patbingsu from a trendy local spot before saying goodbye to our guide.

We then had the chance to try some experience programs. We hand-dyed some handkerchiefs and then we learned about the traditional tea-pouring ceremony, one of my personal highlights from the trip.

All that creativity worked up an appetite, so we enjoyed a bimibap and galbi dinner, and we toasted to our health with makkeolli or rice wine, and moju, a local drink known for its smooth, sweet taste.


We finished off our day by watching some pansori, an evocative musical performance that has been named both a Korean National Treasure and a UNESCO World Heritage art. A few of us went for a Jeonju-style nightcap, enjoying more makkeolli and the region's famous hanjeongsik, a spread of of up to 30 side dishes that cover the table!

We spent the night in our very own hanok home, Hakindang. In the morning, Hakindang's owners gave us a tour and showed us into their own home,  which was built with the same wood and by the same designers who built Gyeongbukgung in Seoul!

We set off next for the Jeonju Film Studio. Led by the studio manager, we got to see sets being built and even play with some of the props and costumes from famous Korean movies!

The tour gave us something to ponder after our coffee break on our way to our next destination, a magnificent seafood lunch in Gunsan city. Long tables were filled with side dishes, thinly sliced raw fish, mussels, clams, and sannakji, or live octopus. The octopus is chopped up and served in sesame oil, its tentacles still wriggling as they slide down your throat. It is one of Korea's more adventurous delicacies.

We then boarded a ferry from Gunsan for Seonyoudo. Seonyoudo is known for its island lifestyle and it is a popular destination for cyclists. Once we arrived at the island we just had to take another short trip - on the back of a truck!

A bumpy, giggle-filled five minutes passed before we arrived at our pension. We unpacked, and set off again for a tour of the island before dinner. 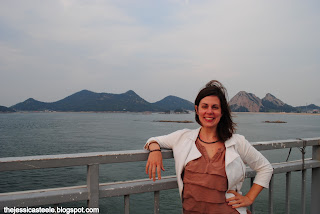 We crossed a bridge to the tiny Janga Island, stopping to watch the antics of the local fishermen, who were either busy casting reels, playing jokgu, or simply taking a rest on the rocks. We drove back to eat a delicious barbecued dinner and then our little island family then  took turns shooting off hand-held fireworks and sparklers on the beach before tottering off to bed.

The next morning we toured the island on a motorized cart and bicycles. We drove to the "Praying Lighthouse," a quaint red, hand-shaped building peeking out on the sea. Then we headed back to the pension for a Korean-style breakfast of soup, rice, and kimchi before saying good-bye. 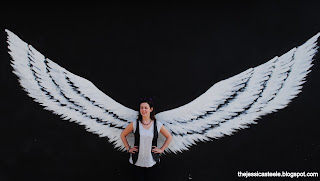 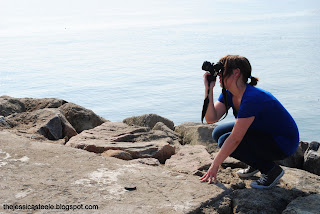 Just two hours later we arrived in Gunsan, and toured Dongguk-sa, the only Japanese temple remaining from Japan's occupation of Korea.


Next we dined on another seafood meal, trying Gunsan's specialty of marinated king crab served with crab roe and rice, spicy seafood soup, and a variety of sides. 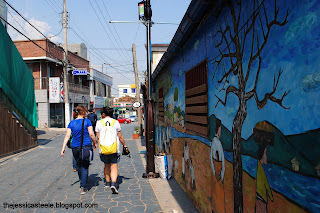 Ever busy, we then staggered off to the Gunsan Modern History Museum, conveniently located near the Old Gunsan Customs Office and the former branch of Japan's eighteenth bank.


The museum's varied collection is spread out over three floors. Level 1 housed a lighthouse replica, and the modern fisheries and ocean life collection. Level 2 was a special exhibition about the Okgu farmers' rebellion, when Gunsan-area farmers attempted to fight back against the Japanese forces that controlled them. Level 3 replicated the streets of 1930's Gunsan for a special quarterly exhibition called,1930's Time Travel. 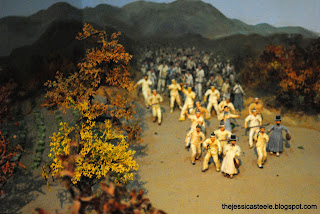 The interactive 1930's Time Travel exhibit held an mock bank, school, harbour, and theatre. We really enjoyed trying on the costumes and using the various tools on display, including ink stamps and rice scales.

We continued from the museum to the Jinpo Marine Theme Park, an outdoor museum dedicated to documenting marine and military history, complete with different land and aircraft used during Korea's various military missions. You can even peruse a museum built into one of the ships.

With the day winding down, we knew it would soon be time to part. We made one last stop to peek at a few more Japanese-style homes.


Asif and I then headed to the bus terminal to return to Daegu and Busan, exchanging hugs and well wishes with the others, now on their way to Seoul. It was truly a phenomenal weekend with wonderful people. Thank you Korea Blog, and my fellow WKBs for our time together and for another wonderful weekend in the Land of Morning Calm!