Skip to main content Skip to search
Secondary menu
Home » Where the hell has the Monkeyboy been?

Where the hell has the Monkeyboy been?

Apologies are in order.

It has been far too bloody long since I last blasted my incoherent ramblings on these here webpages, and for that I am truly sorry. Allow me to explain the reasons for this blogging transgression.

September 2015 was a pivotal month, one in which I was to complete my master’s dissertation project. And just when I should have been concentrating harder than I’ve ever concentrated before, I negligently got myself a bloody job back in Korea…

My defence of this enormous blunder? Well, MA degrees don’t come cheap (thank you misters Cameron and Clegg), and banks aren’t known for their patience with loan repayments. Hence the unfortunate necessity for a day job.

Somehow I not only managed to move way-the-fuck over to the other end of Eurasia, take on a new job and deal with the dejection that comes with that, but I also pieced together a radio documentary (which you can check out here) and crammed 30,000+ words together into an essay with some sort of academic semblance.

Then, right in the midst of all that shit, an enormous emotional curveball was flung my way, which I only managed to stop with the face. So at the end of September, when the dissertation was handed in and I got into the flow of the new job, I emerged into the dim autumn sun a broken man.

I have long sought solace in writing, and so I thought I could type away the emotional shitstorm with my travel stories and blinkered political worldview.

All sorts of horrors were happening in the world, horrors which went begging for my two cents, but everything I wrote was just too embarrassing to publish (even on a blog with standards as low as these), and I just didn’t have the motivation to edit them into something better.

Luckily, I was too busy lining the pockets of distant shareholders, working 90-hour weeks in split shifts, on the lowest wages in 10 years and barely earning enough to pay my bills to think too critically about the goings on in the world anyway.

There is a light and it never goes out 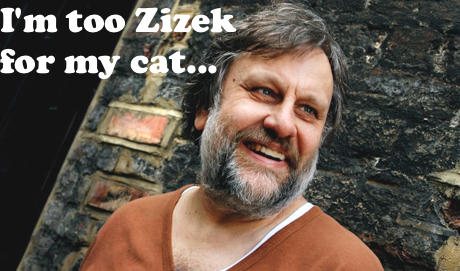 Recently, however, optimism has returned to my life.

The likes of Zizek, Chomsky, Adam Curtis, Glen Greenwald, Media Lens, Consented, The Morning Star, The Intercept, and a whole host of philosophers and left-wing heroes have dragged me up from my depressing and uninspired slump. I was greeted last month with news that I passed my MA degree in Journalism, War and International Human Rights, and so the struggle seems worth it. The emotional pain lingers still, but time has diluted it somewhat and I have found better ways of dealing with its spikes.

But enough of all this shit…

I am once again ready to throw my crap all over Monkeyboy Goes.

The post Where the hell has the Monkeyboy been? appeared first on Monkeyboy Goes.