A walk under the mines

The most fun part in the DMZ tour was the descent into one of the 4 infiltration tunnels that the South Koreans have discovered so far. Our guide said that there could be as much as 20 tunnels leading into the South! 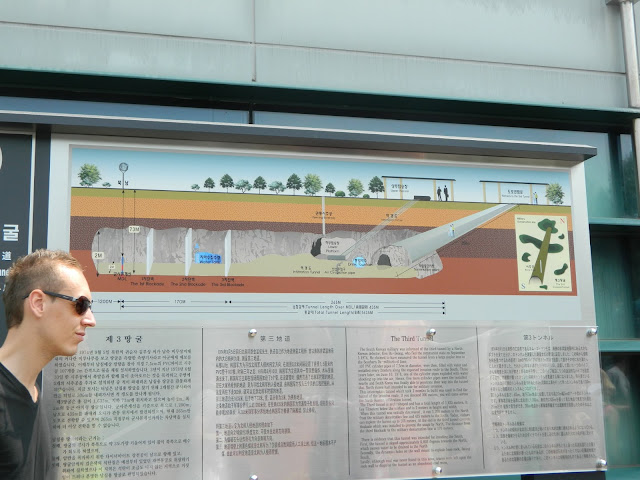 This is third tunnel that was discovered after a North Korean defector gave information about the existence of the tunnel in 1974 and it is just around 50kms from Seoul. Unfortunately, photography is strictly not allowed inside this tunnel. We were guided in English by a guide when we took the DMZ tour into Paju.

It was cool and easy to walk down into the claustrophobic walkway leading to the tunnel because of its 11 degree slope. Climbing up was another matter altogether as we were competing against the people who are hikers by birth! It is not an easy climb and people with respirator, heart conditions and people suffering from claustrophobia are generally not advised to enter in. The walkway was well-lit, covered with rubber mats and had railings throughout and small rest areas for people to rest. There is no rest place in the actual tunnel. 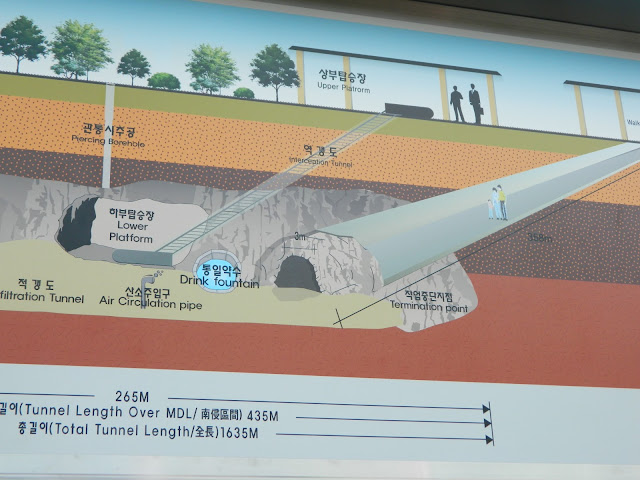