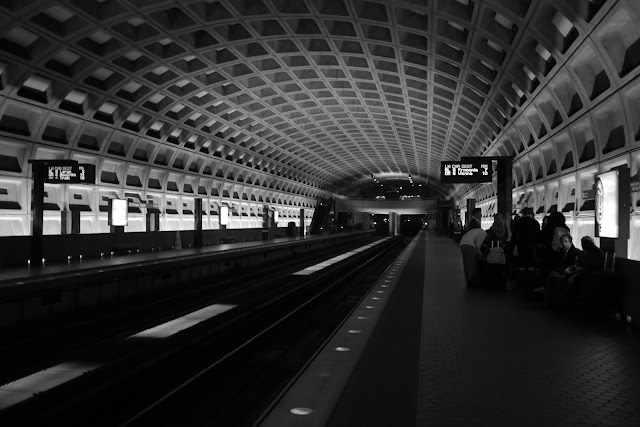 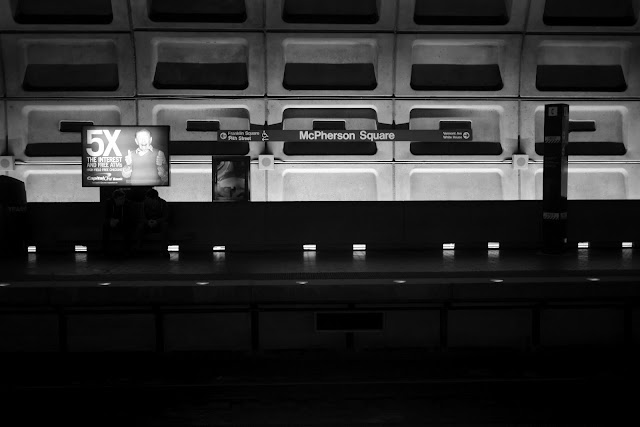 Interior shots of the underground Metro station in Washington, D.C. Having road the subway in several different major cities, I can say this one wasn't too bad. The reality is that the Korean subway system is just so far superior in so many ways, it's hard to beat.

This will be my last post from my recent vacation to America, as the last thing I really did there was visit the Vietnam Veterans Memorial with my mother. The day was a lot warmer and sunnier than the one before, which made viewing the monument spectacular. 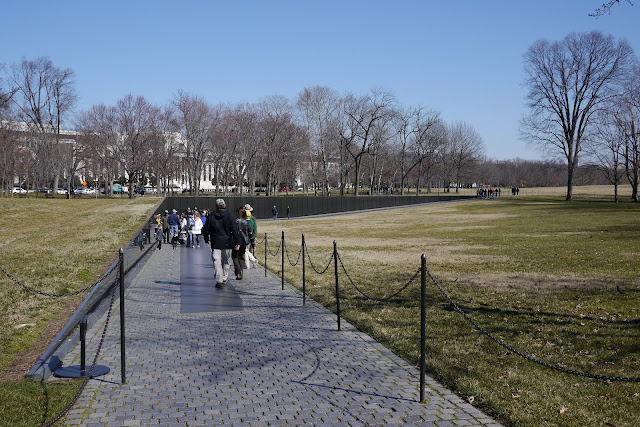 I studied the artistic aspect of the memorial in one of my art history courses in college and so had that as my primer. But I think one can't really be too prepared to see this monument as it reflects such a dark history in America's past.

Yet what I mostly took away from this visit is seeing how other people reacted to the wall and those sorts of interactions. 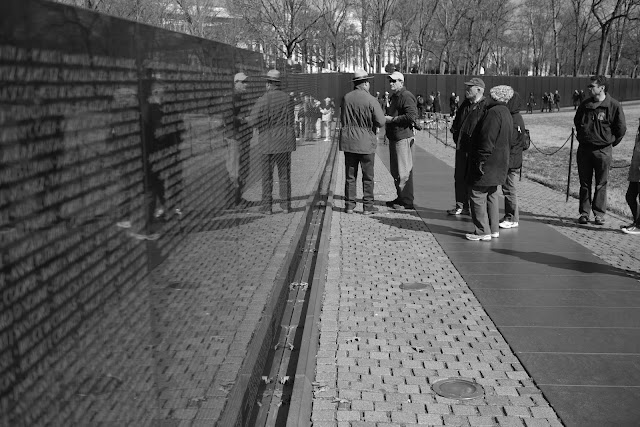 Along the path of the wall were volunteers with pamphlets one could use to rub off the names, but also served as an information packet. Lots of folks talked to these guides who provided historical information and explanation of the design of the wall. 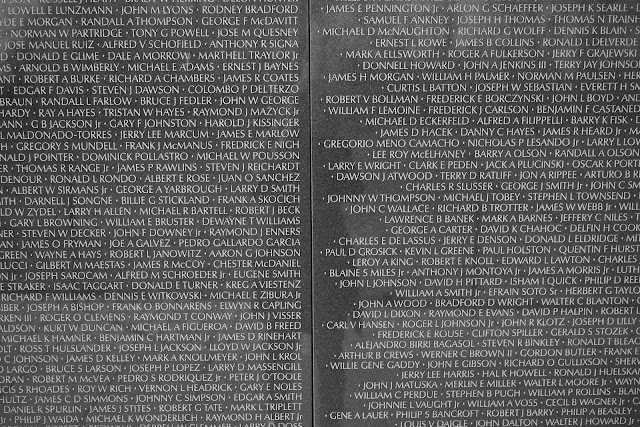 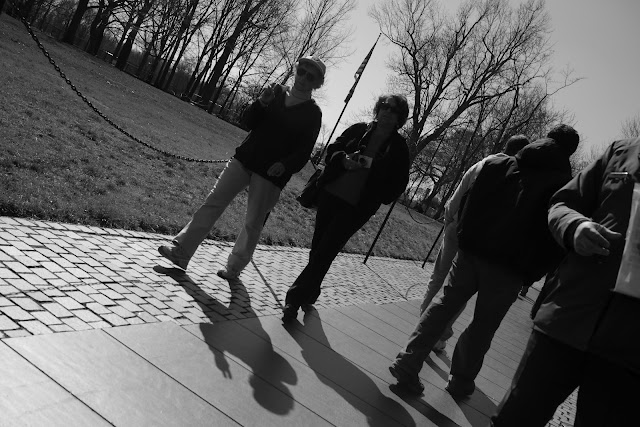 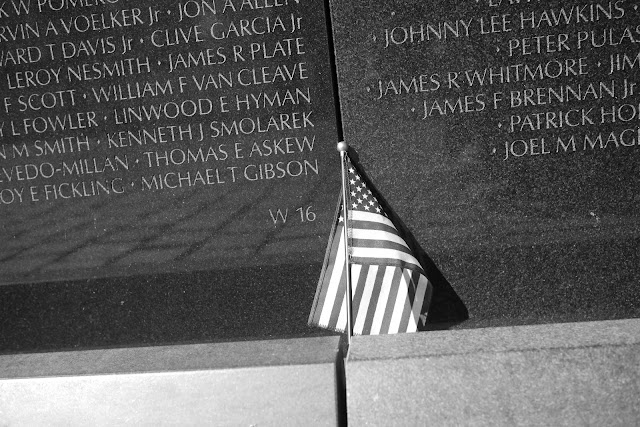 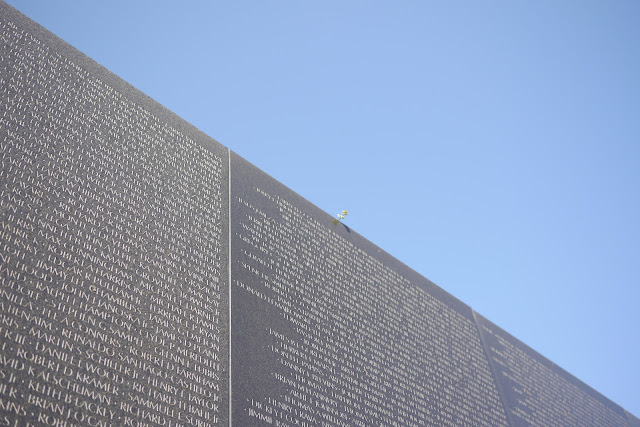 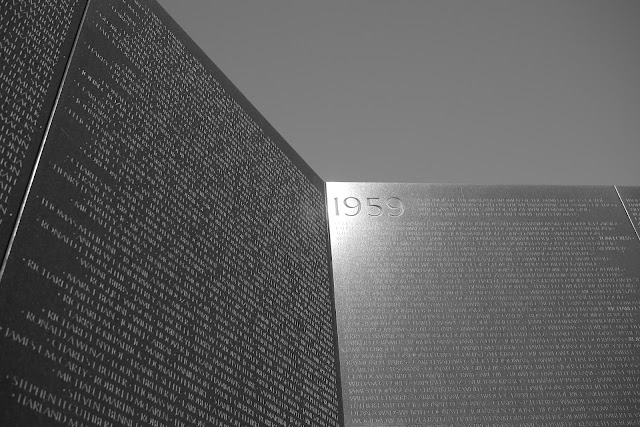 As for myself, I was of course moved by the simplicity of the design and the sheer number of names along it's surface. I couldn't help but think how all these people passed away for something that is now history.

My mom commented how she saw the men in her high school classes go off to war, and wondered if any of their names were up here. 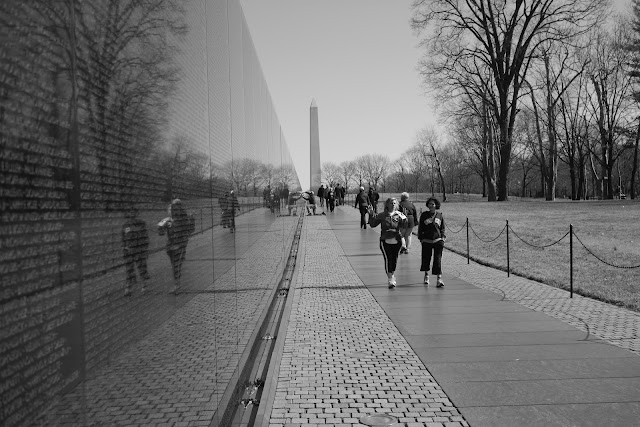 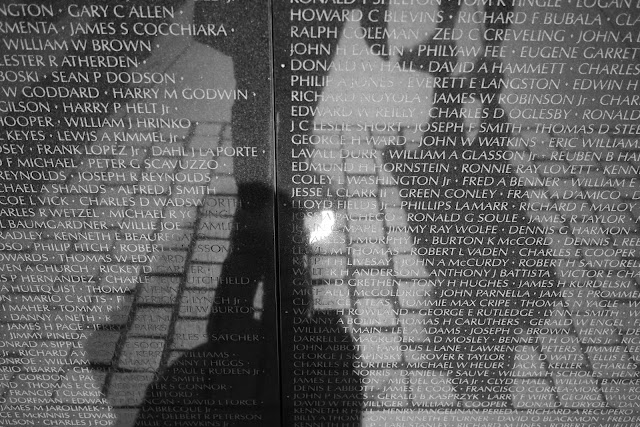 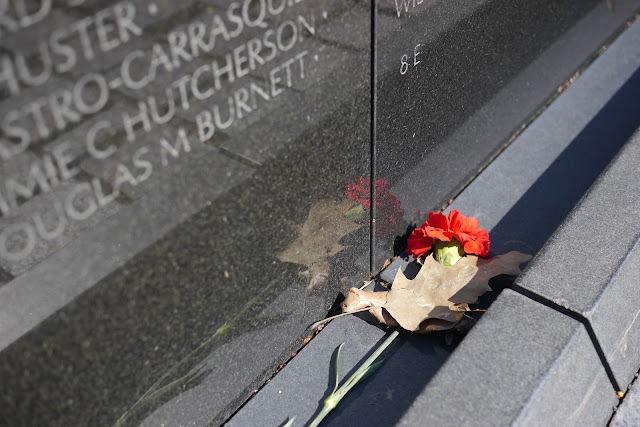 My mom took a moment to recognize the sun shining down on all the names and considered that this must have been no coincidence as she remarked, it must be to keep them all warm. 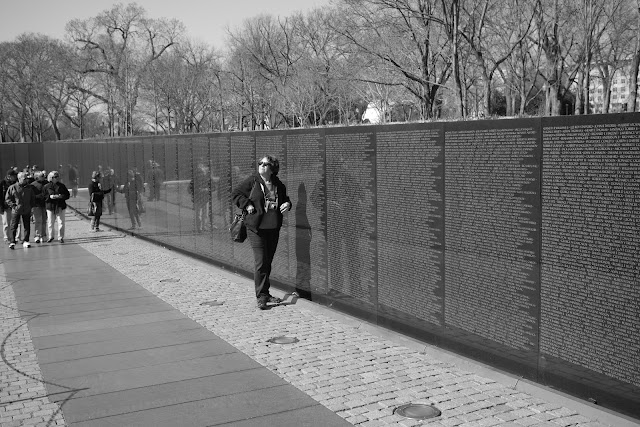 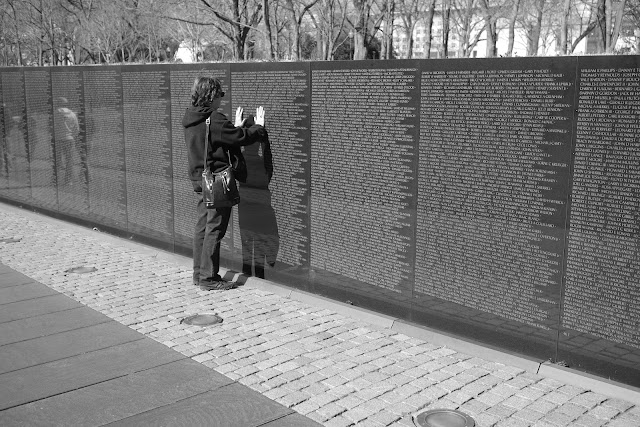 For me this was the last place in D.C. I visited with my mother before I was whisked away to the airport. Before doing so we caught a glimpse of the memorial for women veterans. 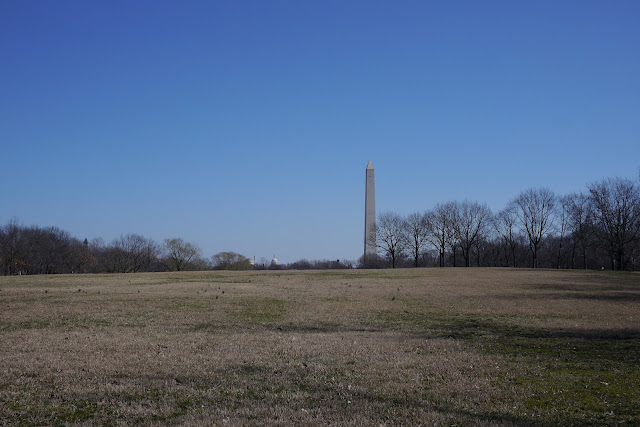 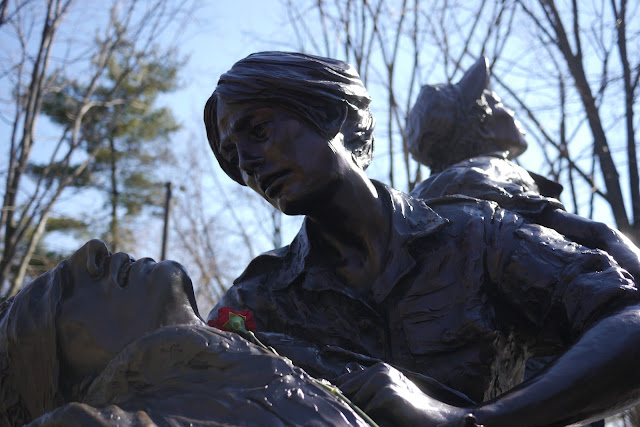 I highly recommend this as a "must do" when visiting D.C., even if you think it is just part of the tourist side of the town. One really can't miss this monument as it represents a great turning point in America's history. 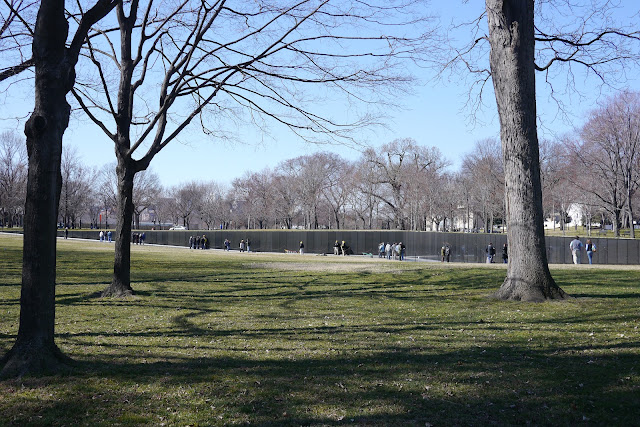