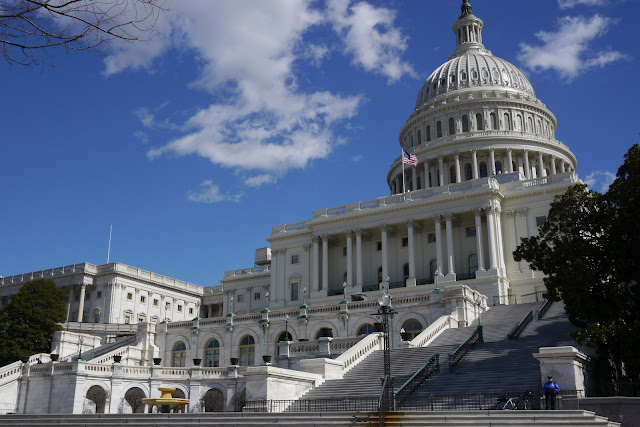 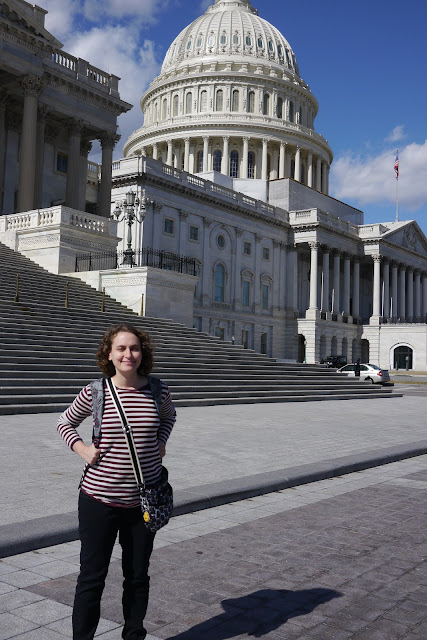 During my recent time spent in Washington, D.C. I made it out to the Capitol Building with my family. It was a really amazing experience, mostly because I didn't know all the great history behind such a architectural icon.

For one, you are at awe by the sight of this glowing white building that sits on a sloping hill. Then once inside and taken around you are even more impressed at the design and historical artifacts laying about. 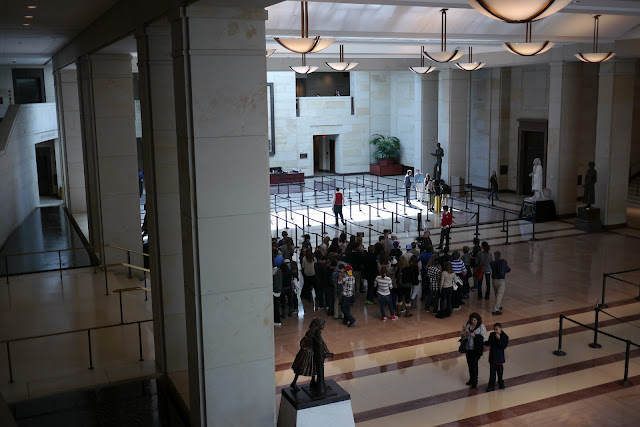 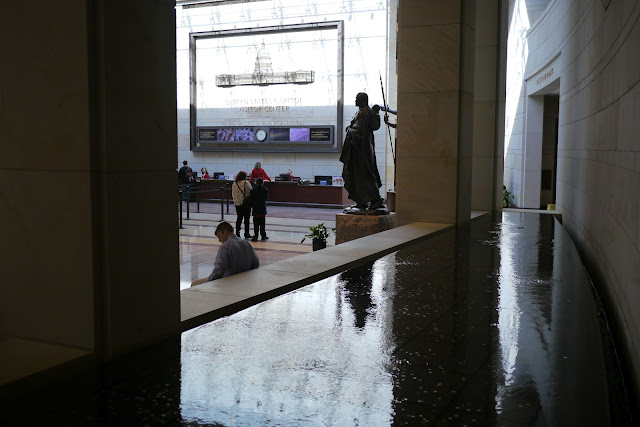 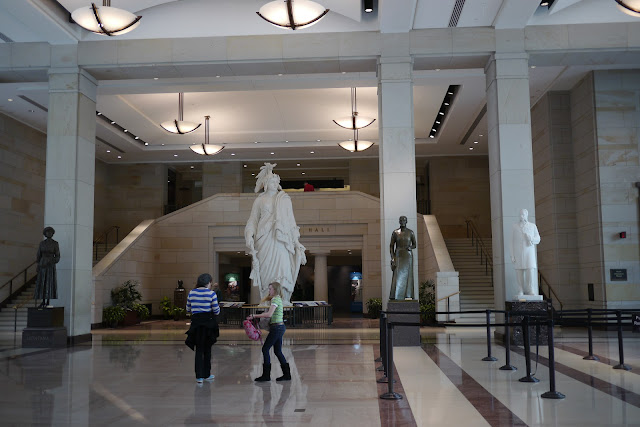 My cousins got us advanced tickets for a tour at 1:10 PM and so we rested a while and then joined the line. The tour took us into several rooms with a lot of history, and our tour guide was quite enthusiastic.

At first we watched a short movie highlighting the importance and history of the US Capitol building. I found this video quite moving, actually, as it showed the struggle the founders had with creating the American nation. Maybe it's because I had been abroad so much, but the video felt really significant to me.

Anyways, after this we were led into the Crypt of the Capitol, which was a bit spooky I guess. 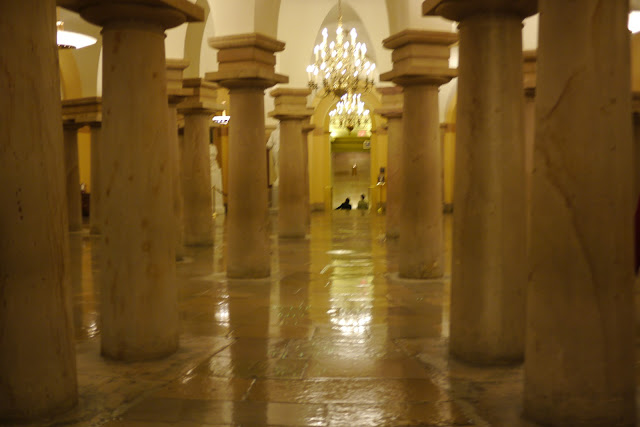 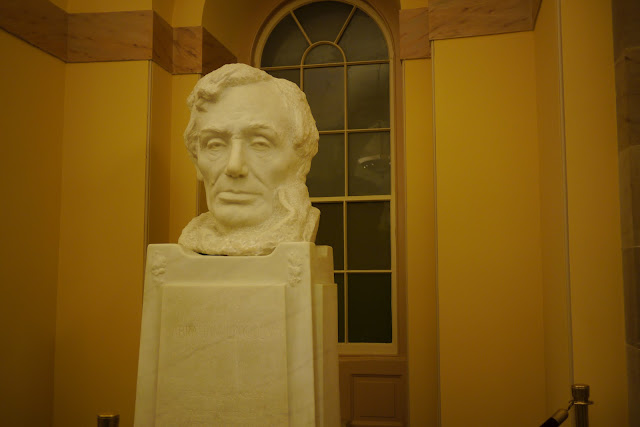 The guide said that is one of the most praised sculptures of Lincoln and was highly praised when it was created, mostly for showing several expressions on his face.

Next we were taken into the Rotunda, which was vast and full of great murals on the walls. 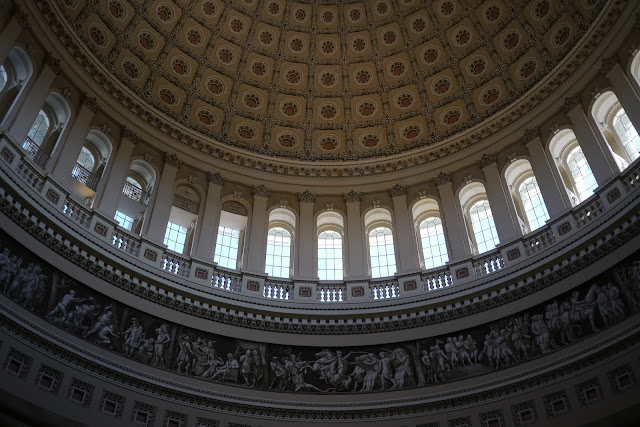 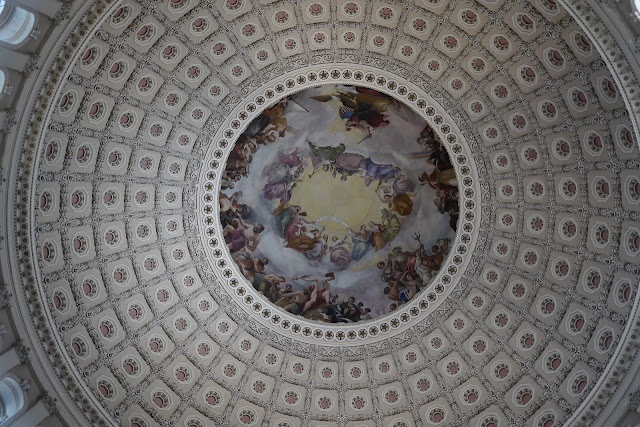 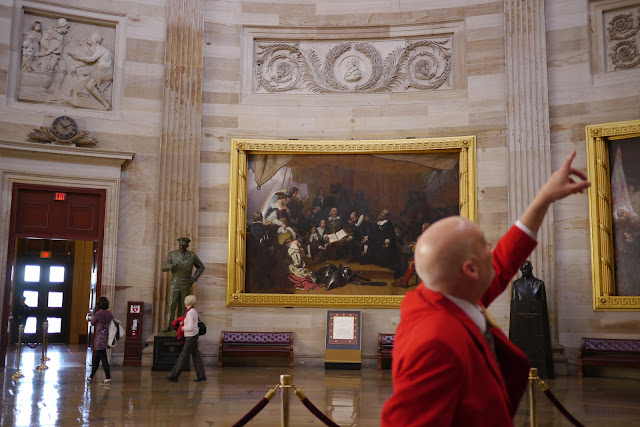 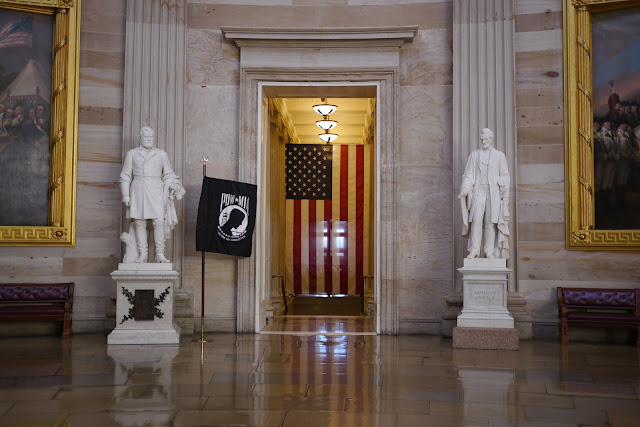 Here we were told about the various murals and their symbolism, but I simply enjoyed the architecture and amazing history of this space.

The symbolic and physical heart of the United States Capitol is the Rotunda, an imposing circular room 96 feet in diameter and 180 feet in height. It is the principal circulation space in the Capitol, connecting the House and Senate sides, and is visited by thousands of people each day. The Rotunda is used for important ceremonial events as authorized by concurrent resolution, such as the lying in stateof eminent citizens and the dedication of works of art.

As you can see I felt a great sense of awe standing in that important room. Next we were taken into the National Statuary Hall, which use to be one of the rooms for debate. 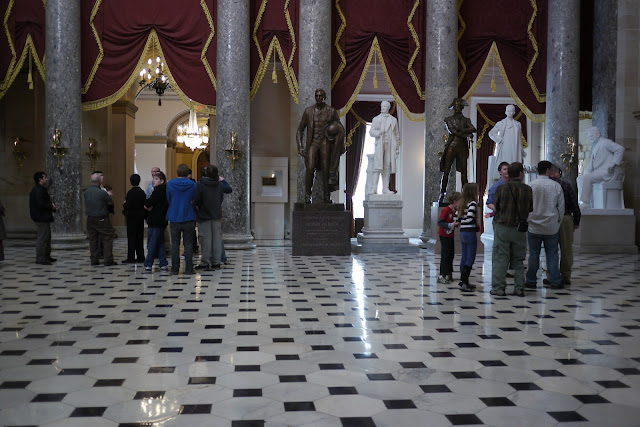 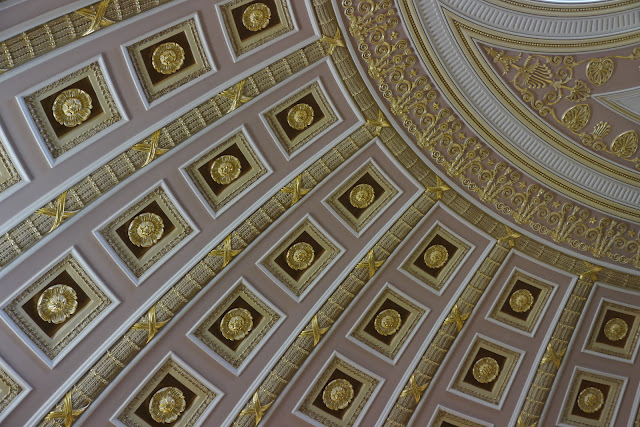 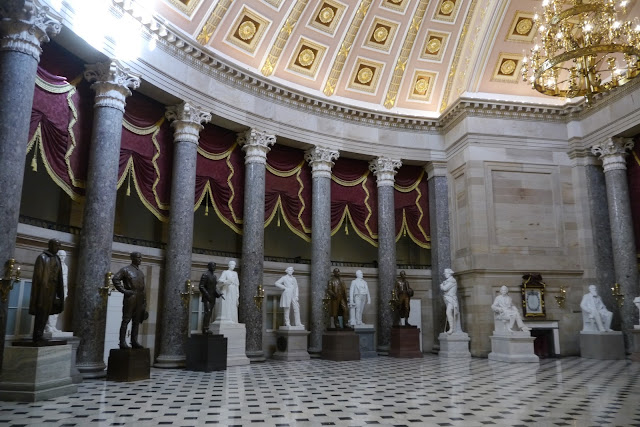 And then we were taken back into the Rotunda room... 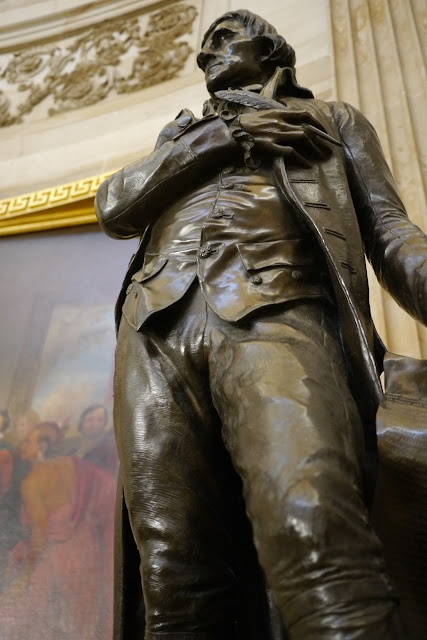 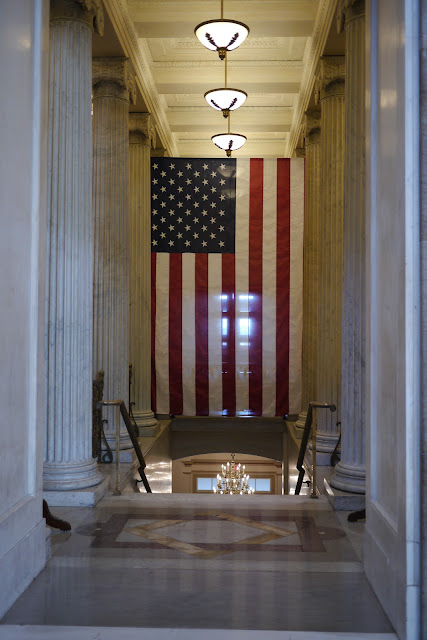 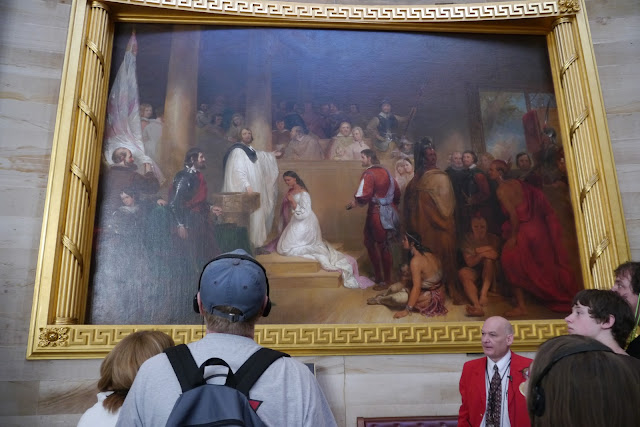 On our way out of the tour we went through an old hall that was very low-lit. I inquired about this and it turns it was always this dark. 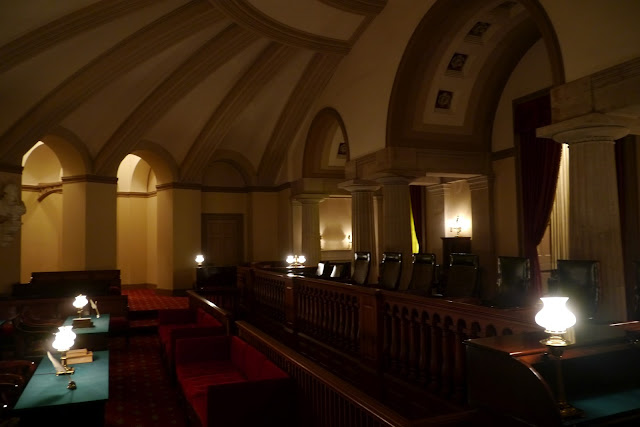 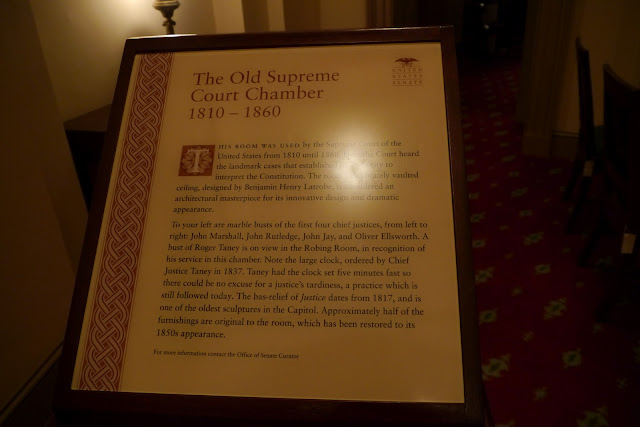 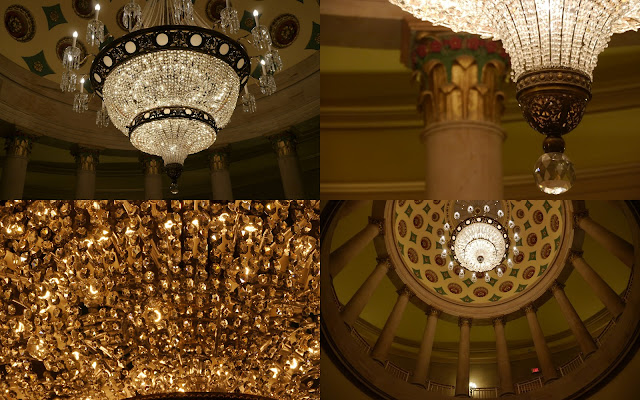 Our tour guide was kind to us and gave us all free tickets to see the inside of the House of Representatives. To get there we walked through several hallways and couldn't bring anything with us. The interior seemed smaller than it appears on TV, but I still felt inspired by what I saw and understood the history of such a room.
Afterwards, we enjoyed a meal in the cafeteria and carried on with our day. 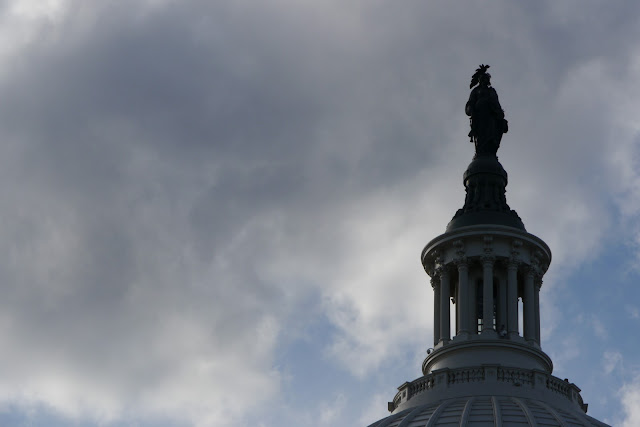 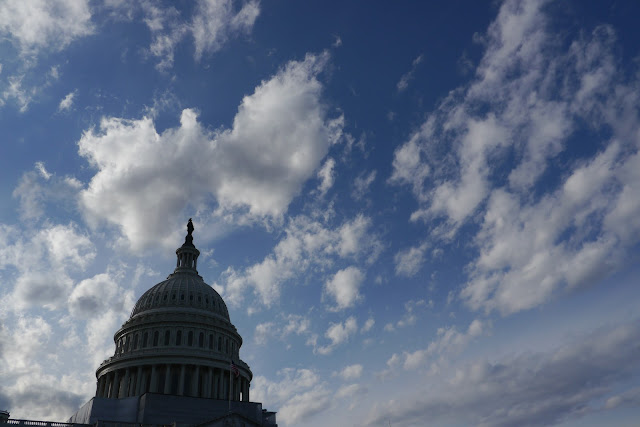 More to come from my recent vacation...