Tom in the Sun 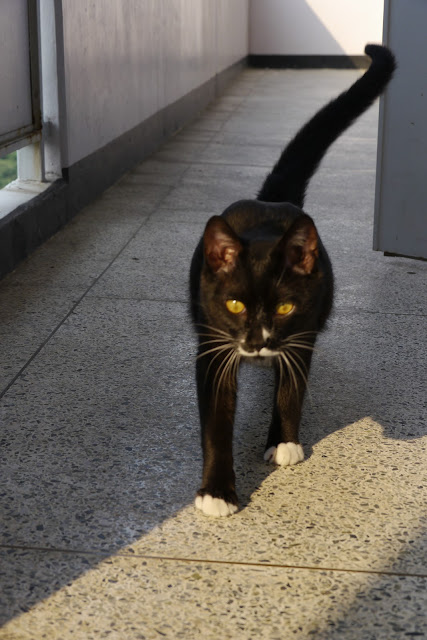 The sun was out last Tuesday, as opposed to these last soggy days, and Tom seemed to enjoy the rays. 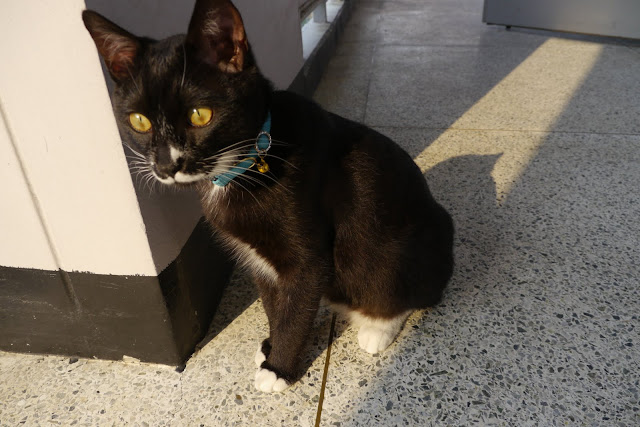 I put a bell on him when he goes out front so that people passing by don't think he is a trash-cat. But as soon as he is back inside he manages to take it off. 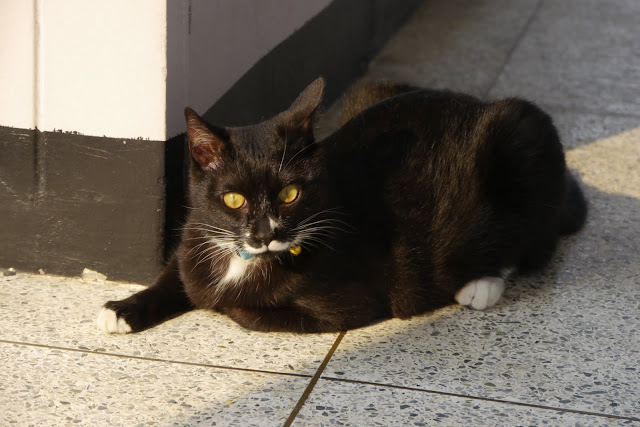 Today the sun was peaking behind a mighty cloud and thought it nice to take photos, meanwhile Tom poked around the area. 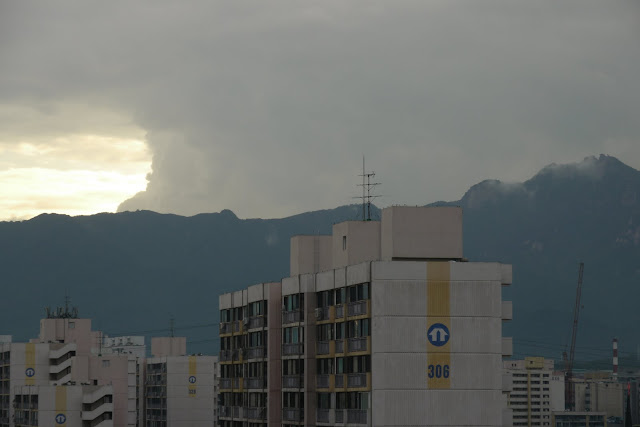 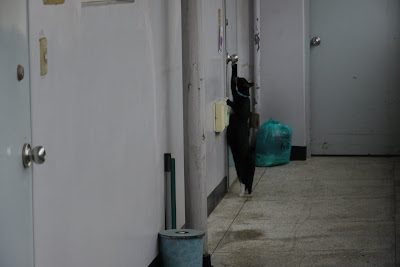 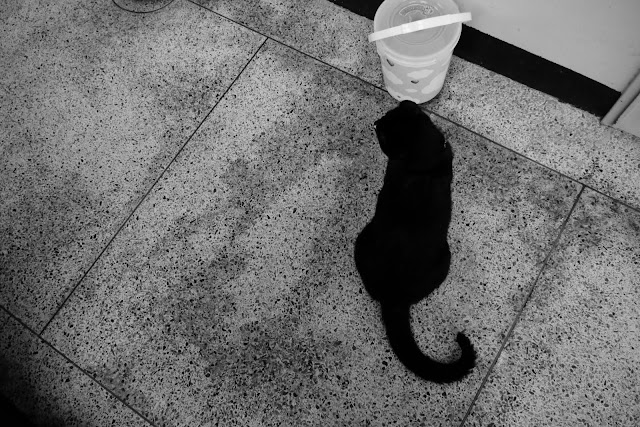 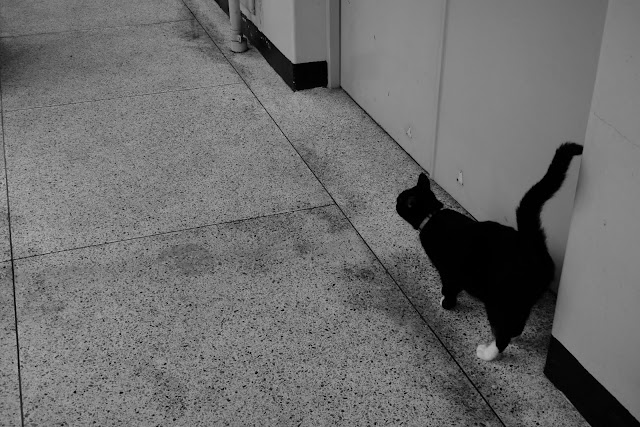 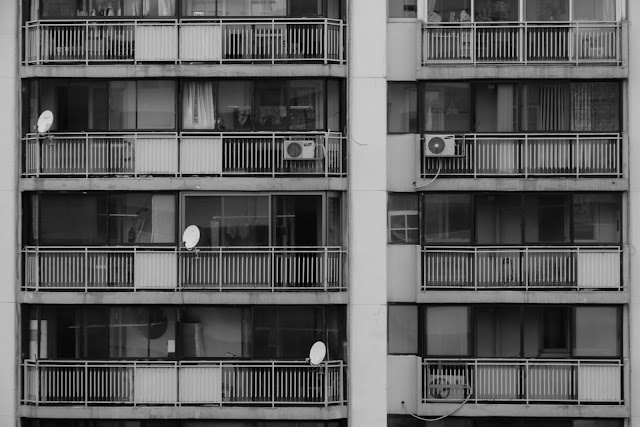 I don't know about you folks, but it feels like this June has been the soggiest I have ever had in Korea. But I don't mind it! Of course my feet get soaked and parts of my clothes too, but again I would rather be soaked in the rain then frozen in the snow. 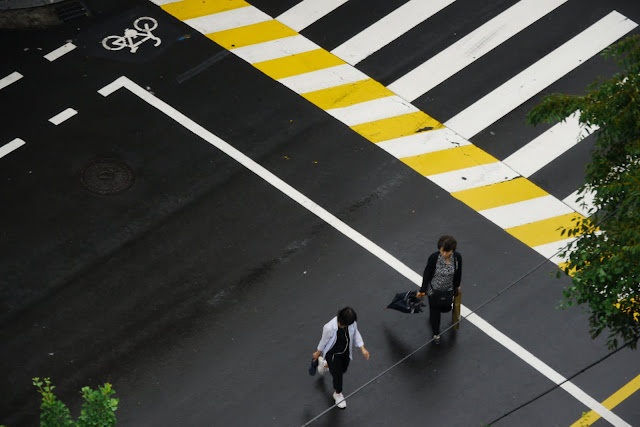 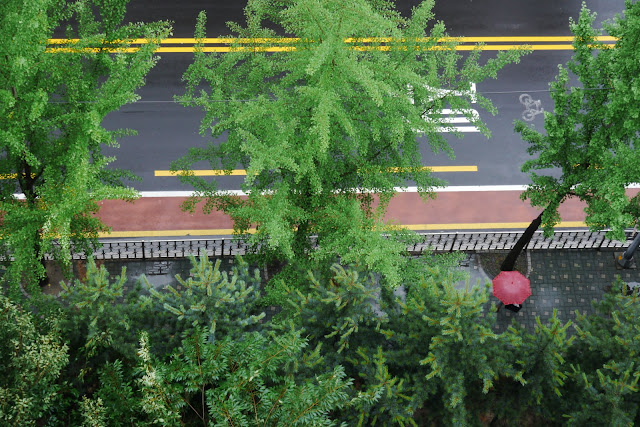 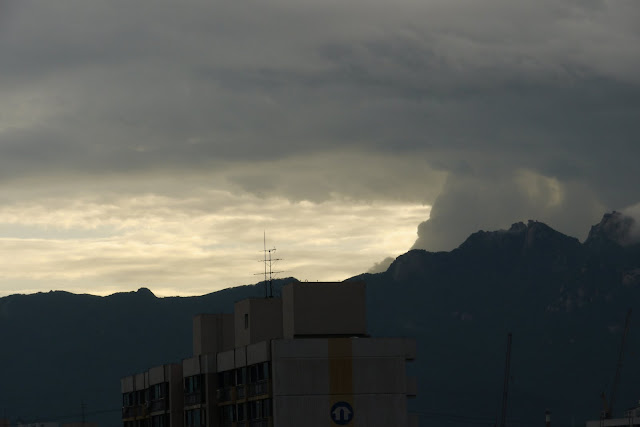 Looks like things are going to get sunnier again, which means it will be hot and muggy!