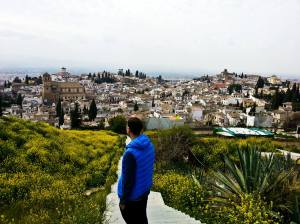 I’ve been in Spain for the best part of two months now and my life is beginning to have some semblance of regular form. It’s an odd feeling when I consider that two months ago I was wrapping my Korean life up and now I have a job and new home in Granada, Spain.

After an all too brief visit to England and my immediate family in the United Kingdom, I stepped on Spanish soil and found myself back in the classroom, but this time as a student. For four weeks I immersed myself in the intensive CELTA course, planning and delivering assessed classes, developing my teaching knowledge in input sessions and writing a variety of assignments. It was quite liberating to be a student again, university seems like (and really is) a long time ago. Fortunately I found that I am more adept at studying, years of maturing and a greater respect for the benefits of a comprehensive, focused and applied education enabled me to not only successfully complete my studies but also attain the highest possible grade (Pass A) and even enjoy doing it. Now that I have one of the most widely and globally accepted qualifications in the industry I will be looking to further develop my educational credentials, but before I do this I need to practice and consolidate my knowledge in a working environment.

Anyway, that was March 2015, sleep, study, teach, study, sleep. Besides my studies, returning to Granada has so far been quite pleasurable. I’ve managed to navigate the Spanish red-tape minefield and quickly acquire a residency card, social security number and a place to live, at least until the end of August, as well as pick up some work. The school that runs the CELTA course in Granda have been kind enough to give me some regular classes as have another institute in the city who have set me up with a regular company class. It’s a difficult period of the year to find full-time work as the academic year is drawing to a close, so I’m pleased to have found what I have, especially with two very respected schools. Hopefully the summer should provide some intensive classes that should shade my hours upward, although I have more than enough to get by on for now. I’m also feeling quite grateful that the work I have picked up is testing the skills that I have developed or acquired during the course. Currently I have a variety of general English classes, 1-1 classes and exam preparation classes with adults.

Away from study and work, I managed to squeeze in a week of travel across the southern Spanish coastline. During Semana Santa (essentially Easter) I took a trip through Almeria, Malaga and Cadiz for a week. Blessed with wonderful sunny weather I took the chance to recuperate, mixing a blend of beaches, sightseeing and healthy eating.

Almeria presented itself as a quiet town, famous for it’s surrounding mountainous and desert landscapes that have featured in such films as Indiana Jones and the Last Crusade, Mad Max III, Sexy Beast, Exodus and a plethora of Spaghetti Westerns. I don’t have a lot to say about Almeria apart from the fact that the castillo is shut on a Monday, the cathedral is quite impressive and there is a great tapas place (Bar Cafeteria la Cabana del Tio Tom) on the beach that you will recognise (should you go there) from the queue that is always outside it. I didn’t have enough time to visit Parque Natural del Cabo de Gata-Nijar, but this is one area nearby that I heard great things about, I guess Almeria is just a good setting off point to get there. 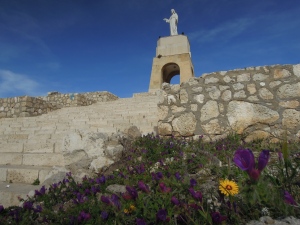 From Almeria I took a bus down the coast to Malaga. In Malaga I stayed in a brilliant hostel in an old Spanish town house on the outskirts of the old-town (Patio 19). Malaga was significantly more active and vibrant. In the evenings I got my first experiences of the Semana Santa processions, as a non-religious person my interest in anything religious is mainly limited to the often awesome buildings that have been left throughout history, but watching the processions in the street was quite a unique cultural and religious experience. That being said when you have seen one slow trail of people wearing KluKluKlan style outerwear holding candles, closely followed by a group of men painstakingly crawling through the streets carrying great, garish mounted idols of Jesus and The Virgin Mary, you’ve seen them all! 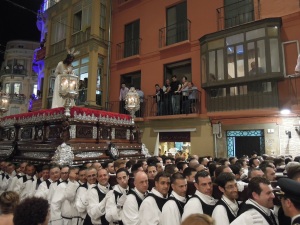 Trying to avoid processions in the streets at night takes some imaginative corner cutting and sneaky dashes between candle-toting-coneheads, but it also means you get to see some backstreets, bars and sights that you might miss otherwise. Stand out highlights for me in Malaga were the Alcazaba and the steep walk up to the Castillo de Gibralfo as well as spending some time relaxing on the beaches and eating and drinking in the bars that line the entrances to the Plaza de Toros de La Malagueta and whiling away a few hours at the newly opened Pompidou Centre (unmissable). 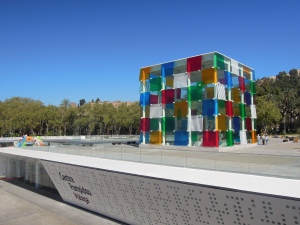 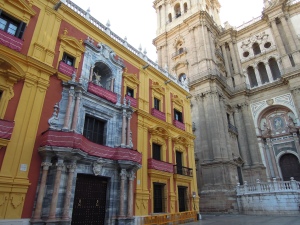 On the Thursday, Sam and his girlfriend, Mercedes, picked me up from some sports centre out in the sticks and we drove to Cadiz on the Atlantic coast. The next two and a half days we spent at Mercedes sister’s home and enjoyed spending some time relaxing on the beach and heading out to eat and drink. We had a little walk around Cadiz, which is nice enough, but we also took a trip out to the stunning Playa El Palmar, 40 km south of Cadiz. Despite making our trip in the evening as the sun was setting and with the main aim of spending some time in a bustling open air bar with live music, it was great to be at such a beautiful location. I’m looking forward to heading back sometime soon over the summer and enjoying the beach paradise, it also has heightened my interest in traveling along the Portuguese coast as well. 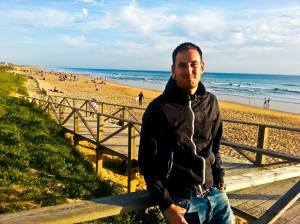 Back in Granada I’ve managed to explore a little too. Andy and Sarah, friends from a place that Sam and I used to work at back in Manchester, visited for a weekend and we took them round the medieval Moorish Albayzin area as well as a ramble around the mountain cave homes of Sacromonte. It was still quite an adventure for us as we had only looked around these neighborhoods a little ourselves previously.

Out of Granada I’ve taken my new-old bicycle for a few rides. Although I’ve bought a light fixie-style bike I have managed to grind my way up some mountain valleys to some stunning paces like Quentar and Guejar Sierra to the east, Colomera to the north and Chimeneas in the west. To the south is the Sierra Nevada and I will definitely need a geared racing bike to negotiate the towering snow-capped peaks, which means I’m already considering an upgrade…or a second bike! All this being said, I’m loving the riding out here and I will be doing plenty more in the coming weeks. 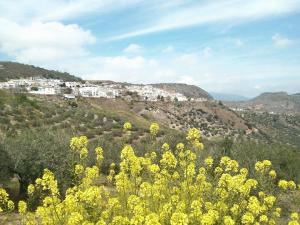 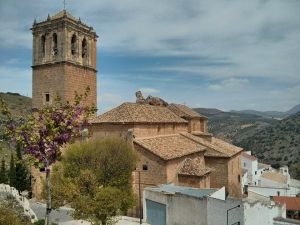 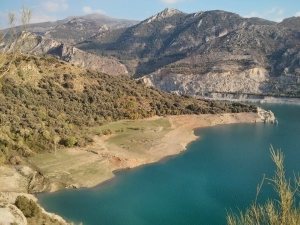 I feel like I’ve done so much but said so little in this blog post, but my mind is a bit jumbled and I’m still settling in, this is the first opportunity I’ve had to really write anything. Hopefully my next few adventures will be documented a little more clearly and completely. At this point I’m feeling excited for the coming months, nervous about what I will do when I have to make a decision in August about my future work and slightly more-relaxed that the main period of upheaval is finally settling down.