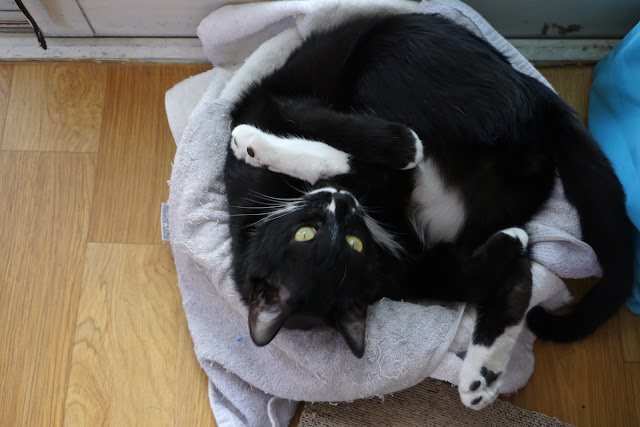 If I go, Tom goes! I'm taking my fur ball with me to America and this will be my first time flying with a pet. Actually, I have a sad story about flying a pet in my past but I don't want to share it. Ha!

There are two choices to bringing your pet back home. One is that you could take him in the cabin with you and the other is you can check him in under the plane. I would prefer to take Tom with me into the cabin as this means I'll know where he is at all times, and be there to comfort him. However, regulations stipulate that your animal must weigh (including the carrier) 5 kgs (about 11 pounds). I took Tom to the Vet today and the poor thing weighs in at 7.5 kgs.

Now I've been told that airlines don't really weigh the pet, unless probably if they look enormous. Maybe at the inspection office they might weigh him, but it's the airline that has these regulations. So I could try and bring him on the plane, but I'm the kind of person that worries it won't work out and I'll be stuck with no options.

Going with the other choice of checking him in under the plane isn't my favorite one but it might be for the best. For one I won't have to worry about getting through security, where you have to carry your pet through the gate as they scan the bag. Then I think I would have a hard time kicking back comfortably on the plane with Tom between my feet, worrying about him. Putting him under the plane means he will have more space in a hard-shell carrier to rest and wait. Plus if he goes to the bathroom it won't be so embarrassing.

There is still time to sort this out and I could try and put Tom on a diet and exercise plan. But I feel with just about 3 more months, not much will happen. In Itaewon there is a Vet office that people have recommended to help me out. So far I've gotten an email response from them but they are kind of slow to respond. But I hear they sell carriers for check-in, so I think I might take a look.

In the meantime, I had Tom get updated on his shots. Especially the rabies vaccine which is necessary for travel. I was pleased to find my local Vet had an English doctor who also was the "cat specialist". Tom did not enjoy his Vet visit one bit by hissing and growling his way through it. Thankfully, the place is just across the street from my house.

I'll need to take him back to the Vet before I travel to receive a health certificate, but for now he can rest at home.

Until then I hope I can figure out the best way to fly him over, and also get him use to transportation. What do you think about that Tom? 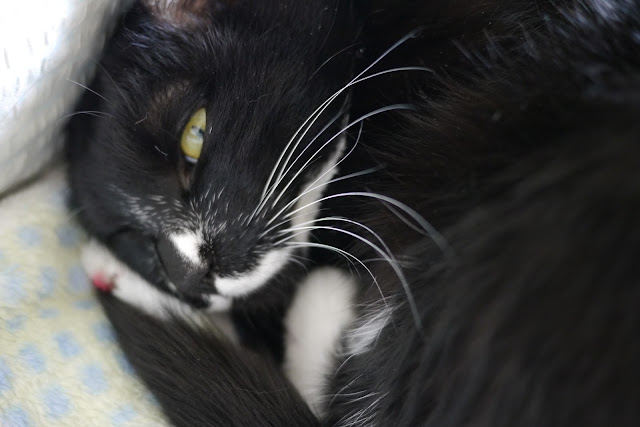