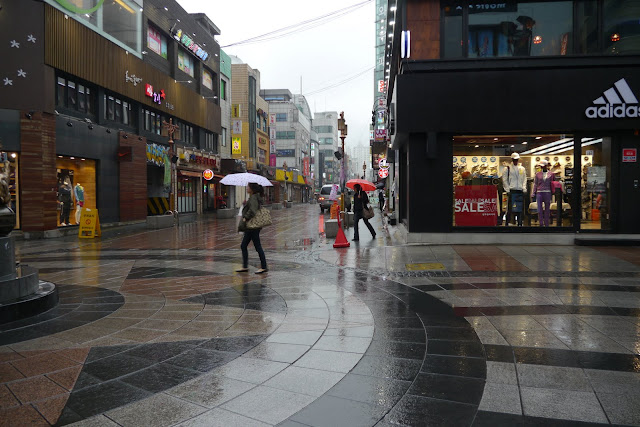 Last week, on a rainy evening, I embarked on having dinner together with coworkers in the hip part of Nowon. This is known as the "Culture Street" which is nearby the large Lotte Department store. The plan was to go to an Indian restaurant to celebrate some birthdays at work. But, I didn't know where this place was and so waited nearby the "clown statue" for the group. 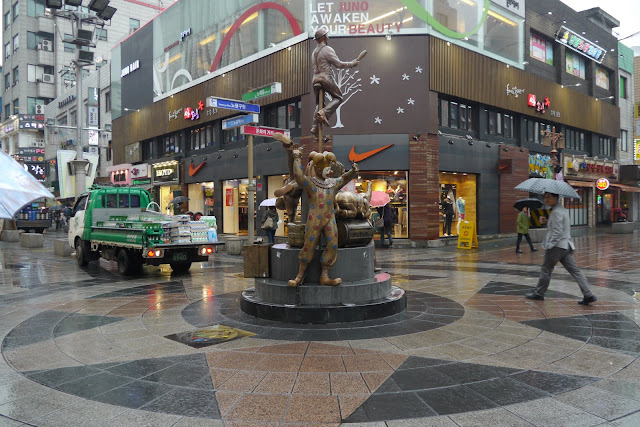 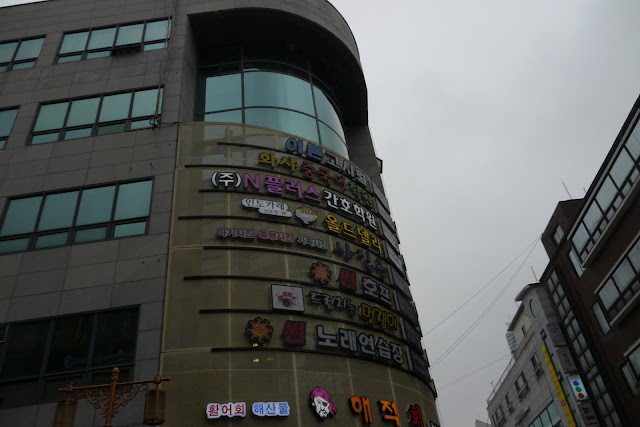 We walked down the street and came to the Indian restaurant called, Old Delhi and went upstairs. The place was nicely decorated with a warm atmosphere to it. You could smell curry and other spices in the air, yep I knew we were at a Indian restaurant. Their menu was pretty extensive with many curries, rice dishes and soups on the menu. They also had a "fusion" menu with donkatsu and Japanese-version curry, but I think it would be silly to order from this part. Anyways, my friend and I decided to share a dal (lentil) and marsala curry with naan. 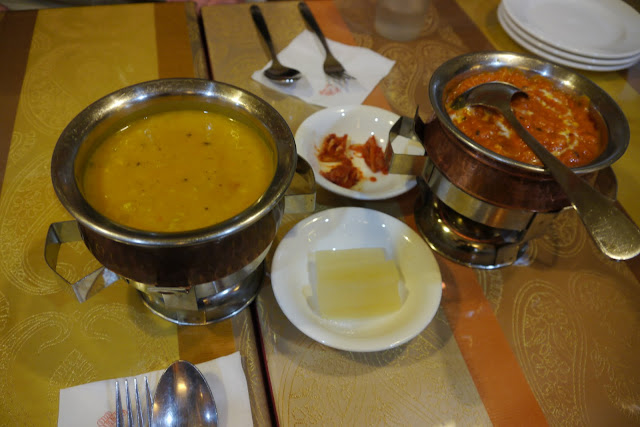 Both were very good and exceptionally yummy with the accompanying naan and complimentary spiced rice. I was very pleased to see the curry portions as most places sometimes just give you a small dish of it. The prices were also decent and they had a good selection of tandoori chicken. I hope to come back again and try something else off the menu.

On my way home I spotted a mural on a wall, which accompanies the atmosphere since this area of Nowon comes alive at night with people visiting the hofs and galbi places. 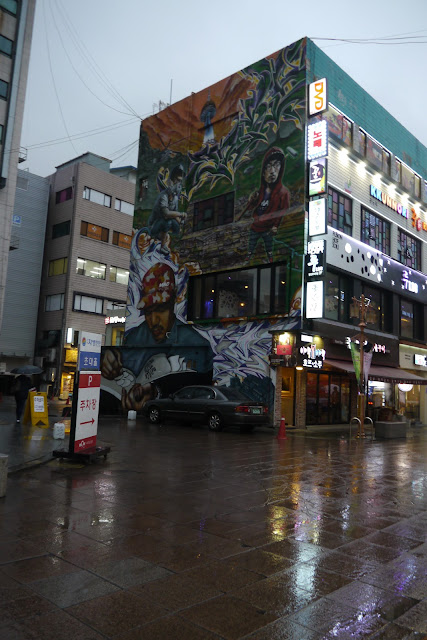