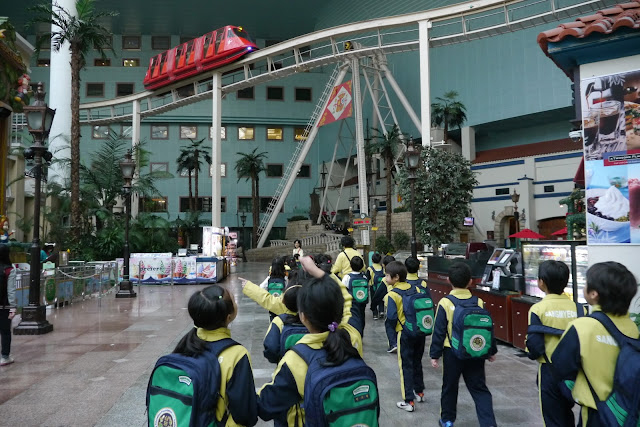 You might go into shock when you hear this, but I've never been to Lotte World. It's been three years here in Korea and not once did I step inside the infamous amusement park located in Jamsil. I've been past it zillions of times, and often wondered what the hype was all about. Well I got my chance this month when the kiddos were taken to the park.

However, I only ended up riding one ride and mostly just followed these youngins around. For 7 or 8 year olds they loved the rides they went on and didn't really cry much or get sick. Also I found it interesting how little concern for safety the other adults were around me. 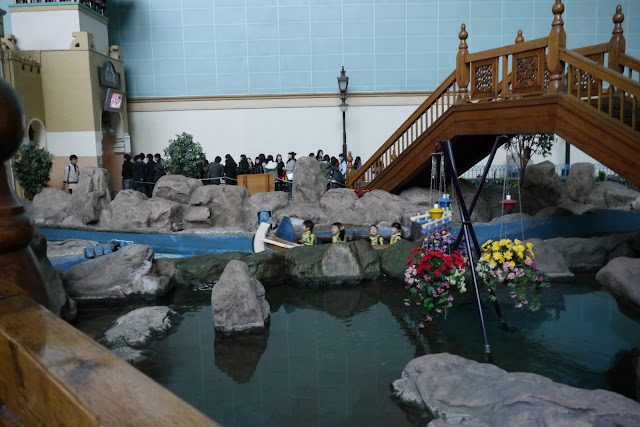 We got there pretty early and the park was just starting to fill up, but there were other school groups inside. Yet, as time went on you got to see the place full of screaming children and couples. The bigger people rides were outside, and so the kiddos got the play of the land.

I must remark at how teenagers react when they see a group of first graders. They wave and say hello, often times taking pictures. Sometimes they can be well...teenagers and rude. For the most part though not a single child got lost and no one seemed to have a bad time. 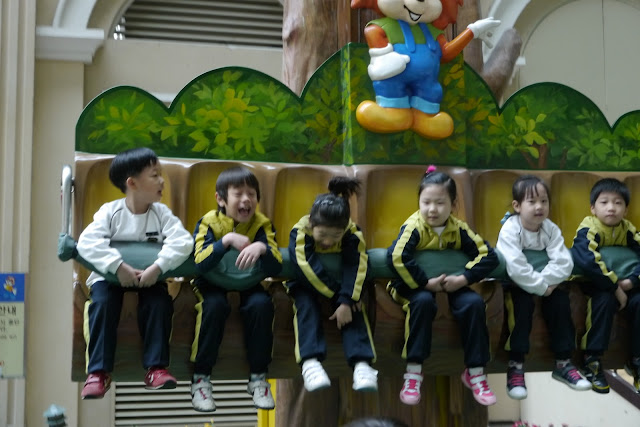 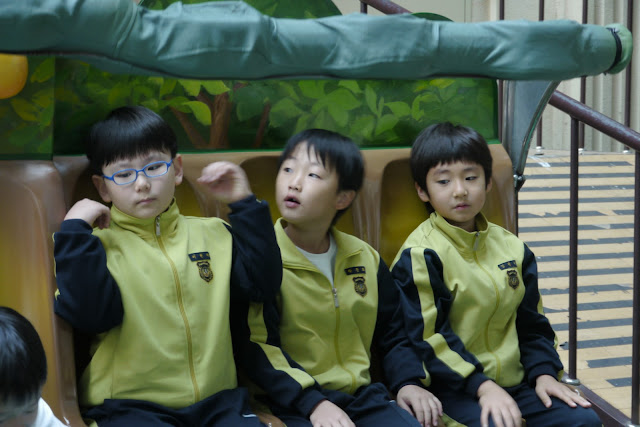 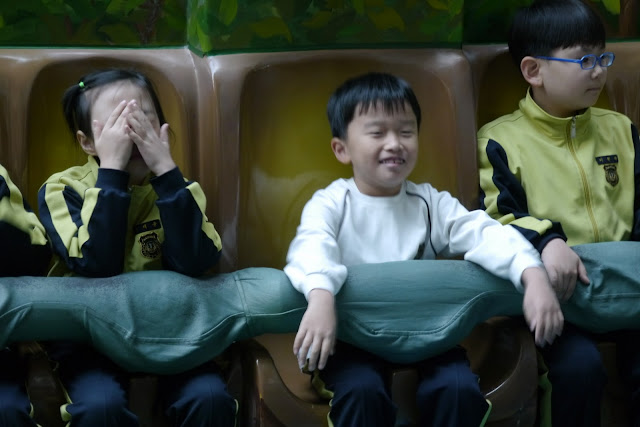 The inside of Lotte World is this big dome of a place with rides, shops and restaurants laid out in a doughnut shape. In the center, and at a sub-level, is an ice-skating rink. The whole place certainly has a charm to it and I think would look interesting during the night. 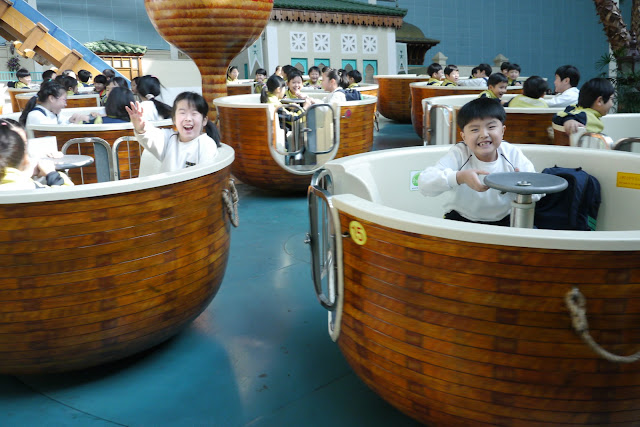 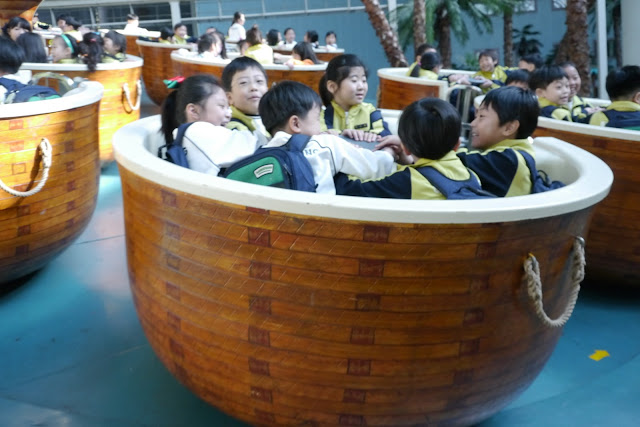 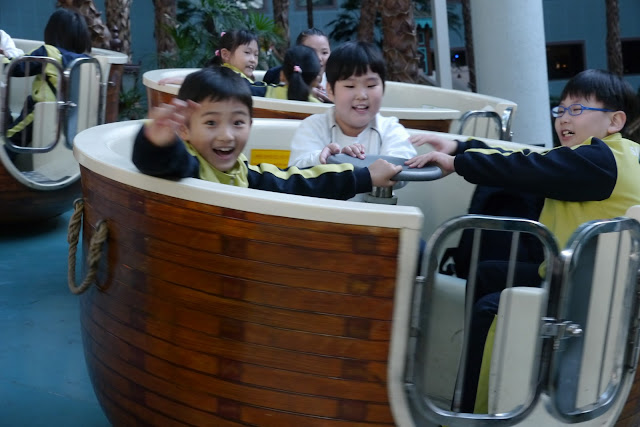 I can't tell you the warmth in my heart when I look at these pictures. These kids have infected me with their love, and every time I give them a scolding in class I feel like an idiot. However, they really should speak less Korean during English time.

After the fun and games we were directed into an outer hallway separated from the public area. Here were set up mats for schools to eat lunch on. I didn't get any photos of this, as I was tired and hungry. I guess next year!

The kids were pretty excited for their Lotte World trip and at the end seemed tired, but still wanting to do more. We headed back to school and thought back fondly on our trip to Lotte World.