Re: Moving sale (Refrigerator and...
2 days 11 hours ago
Re: Merida Full Suspension Mountain...
3 days 20 hours ago

The Korean Folk Letter Painting (문자도, Munja-do, lit. Character Drawing, also known as 꽃글씨, Ggeotgeulssi, lit. Flower Calligraphy) is a type of Korean Folk painting (Min-Hwa, 민화). The genre originated during the Jeoson dynasty in the 18th and 19th centuries. In Folk Letter painting, Chinese characters are drawn, usually in black, and then richly ornamented with symbols pertaining to the meaning of the calligraphied Chinese characters.
One very popular form of Folk Letter Painting was Hyo Jae Do (효제도, 孝悌圖, lit. filial piety and brotherly love painting) which was executed on a folding screen of 8 panels. On each of the 8 panels was represented one Chinese character corresponding to one of the 8 most important traditional Confucian virtues (三綱五倫 lit. Three Bonds and Five Moral Disciplines). The knowledge of this eight virtues and characters was the fundation of the Confucian scholar's education, they were:
Hyo, 효(孝): Filial Piety
Jae, 제(悌): Brotherly Love towards siblings and neighbors
Chung, 충(忠): Loyalty to the King
Shin, 신(信): Faith and trust
Yae, 예(禮): Etiquette
Ui, 의(義): Righteousness
Yeom, 염(廉): Integrity
Chi, 치(恥): Sense of shame
Here are some Hyo Jae Do paintings: 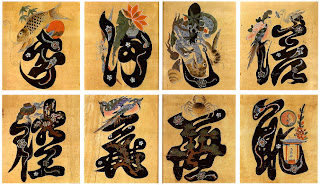 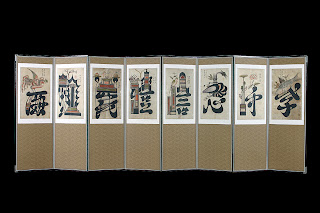 Notice the recurring symbols: Carp for filial piety (Carps lay a great number of eggs and therefore symbolize fertility, a key point of filial piety is to be able to have a large offspring, preferably male, to keep the name and bloodline of your ancestors alive), Dragons for Loyalty (The Dragon is a symbol of the King), Wild Geese for loyalty (Geese, like ducks were supposed to be loyal to their mate even after its death), etc,etc...
Characters could also be represented individually: 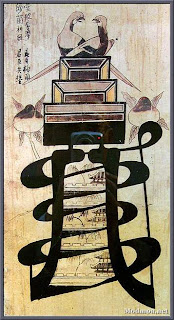 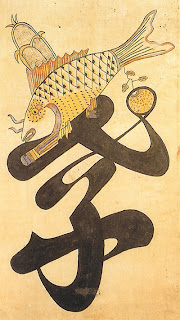 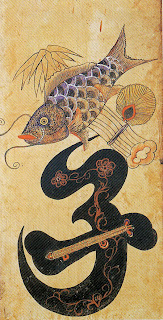 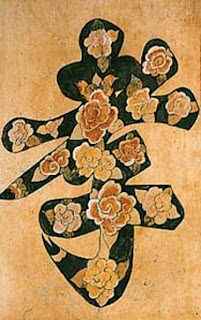 Munjado has also been reused in contemporary art. Here is a piece by Korean artist Son DongHyeon (손동현): 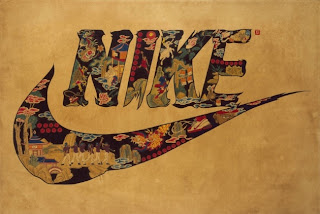