A Girl's Guide to Gangnam, Day Two: Apgujeong and Cheongdam-dong

After having a simple breakfast and a chat with the lovely manager at your girls-only guesthouse, hop a bus or hail a taxi to Apgujeong, a short 5-10 minute ride from Garosugil.

Although Apgujeong Rodeo Street is no longer the "it" hangout it used to be (Sinsa-dong has claimed that spot), there are still plenty of reasons to make it your first stop in the neighborhood.  For one, it boasts a number of specialty shops that offer unique, one-of-a-kind items at rather affordable prices.  The vibe of the area is a youthful one and storefronts and cafes are decorated with colorful, funky designs and signage, a nice contrast from Gangnam's other neighborhoods. 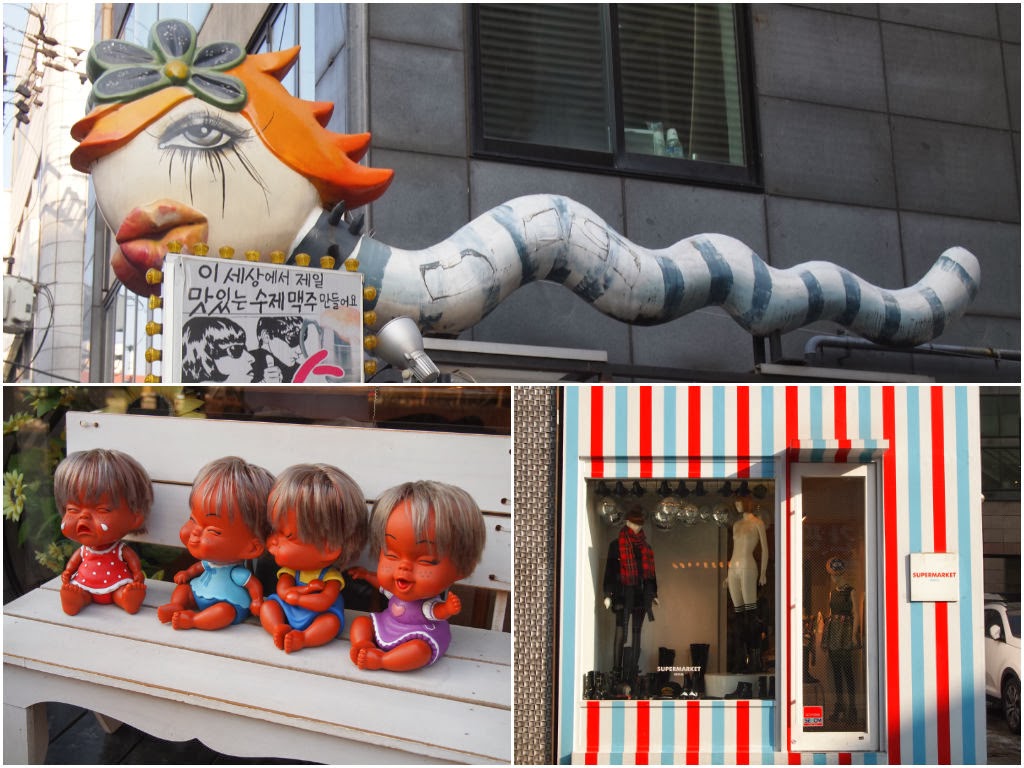 The architectural design of the Galleria Department Store makes it worth a visit, particularly at night when its facade is illuminated with glowing lights, but shopaholics should make a point to explore its interior, as well.  The store's East building is the largest single luxury store in Korea, boasting world-class brands such as Goyard, Valentino and Saint Laurent.  When hunger strikes, head to Gourmet 494 in the basement of the West building, a food court that challenges the very concept of food courts all together.  Chose from a variety of vendors that offer everything from high-end Japanese to Mexican-Korean fusion.  Just be sure to save room for dessert. 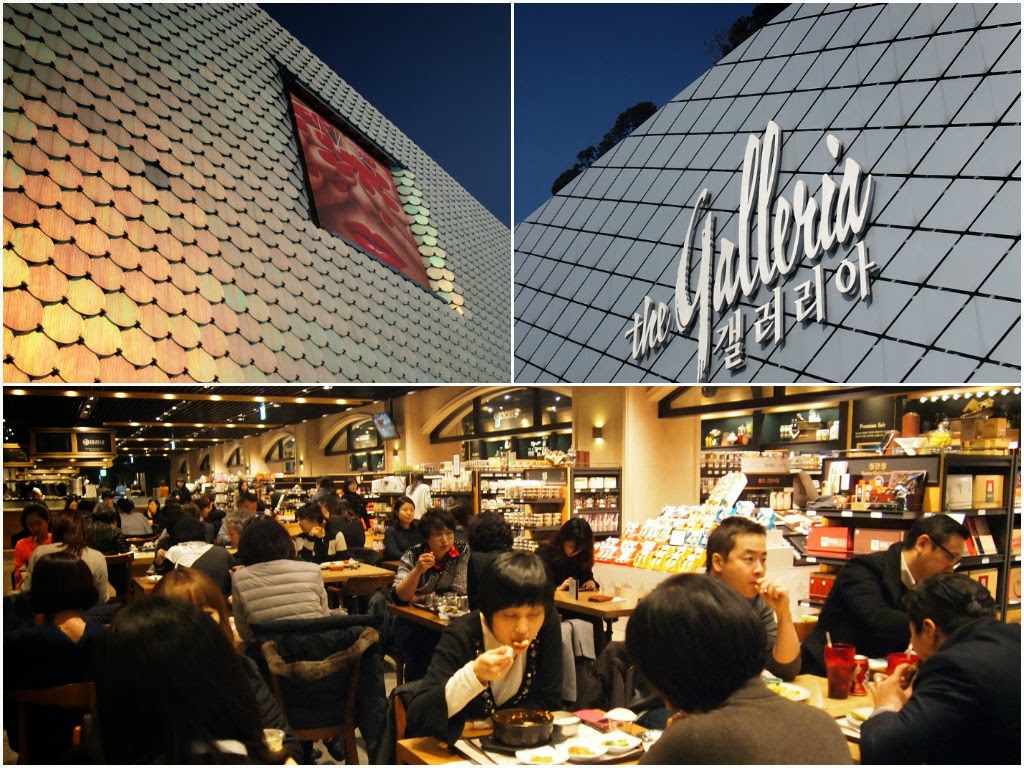 Nestled on an obscure street in the Apgujeong neighborhood is Dessertree, a tiny but popular cafe that offers its mostly female patrons an unforgettable dessert experience.  After having studied the culinary arts in Paris for a number of years, the proprietor and pâtissier of Dessertree decided to bring authentic chocolates, creams and pastries to Seoul in the way they should be eaten: in three courses. 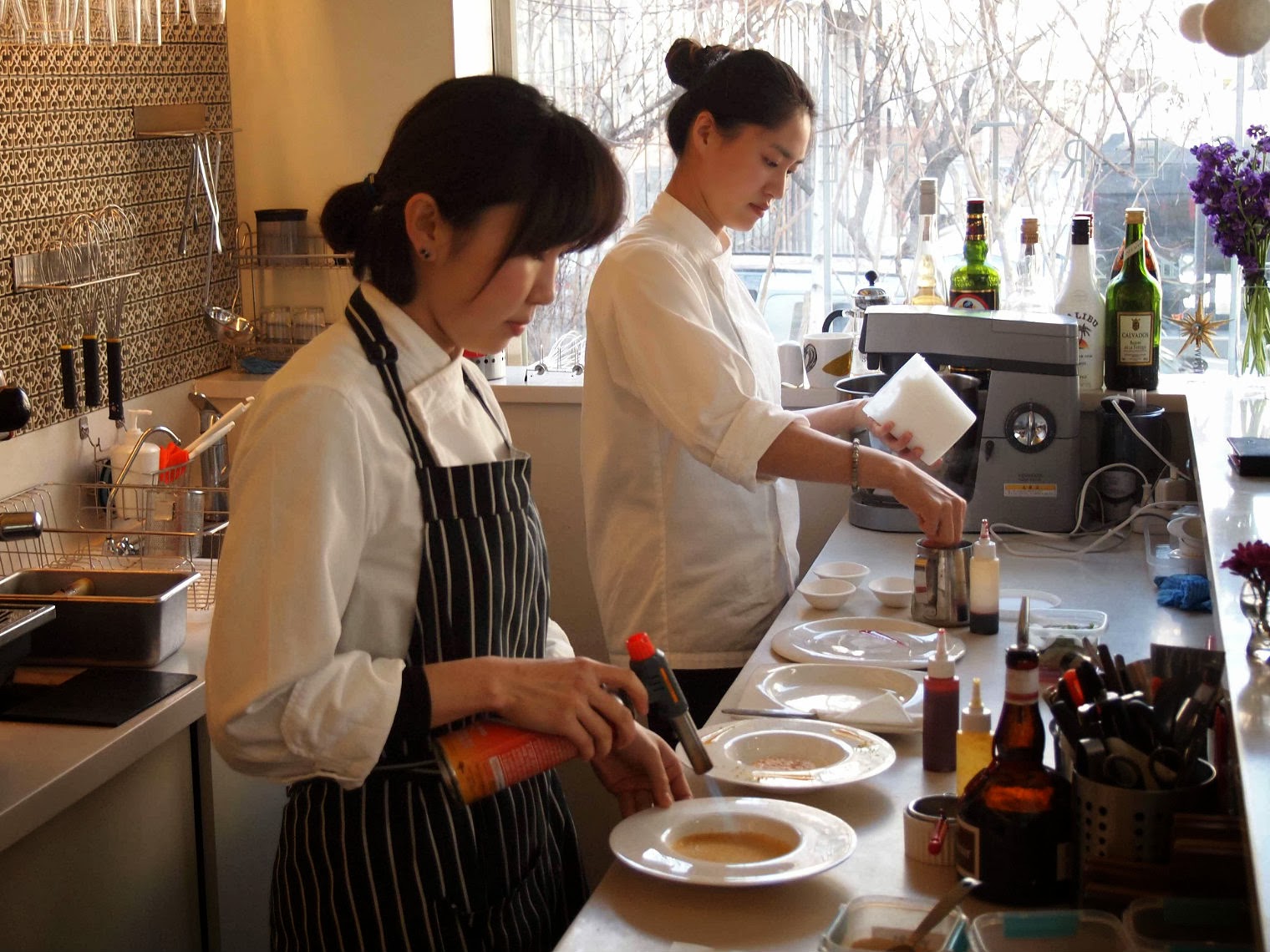 On my most recent visit, I chose the set menu (24,000 won) and was wowed with each morsel that was placed before me.  The set includes coffee, the Amuse Bouche (sorbet made from sour cream and topped with a balsamic sauce), the Petit-Fours (a trio of a walnut macaroon, pecan meringue, and rose wine jelly topped with pomegranate), and a choice of a main dessert.  I considered ordering the fanciest looking option for the sake of the blog's aesthetics but went with my heart and chose the Moelleux de Chocolat cake and vanilla ice cream (14,000 won if purchased separately), which instantly sent me into a state of bliss with its perfect combination of flavors and textures.  Although the desserts are the draw here, the atmosphere is just as impressive.  Grab a spot at the bar to watch the chefs in action. 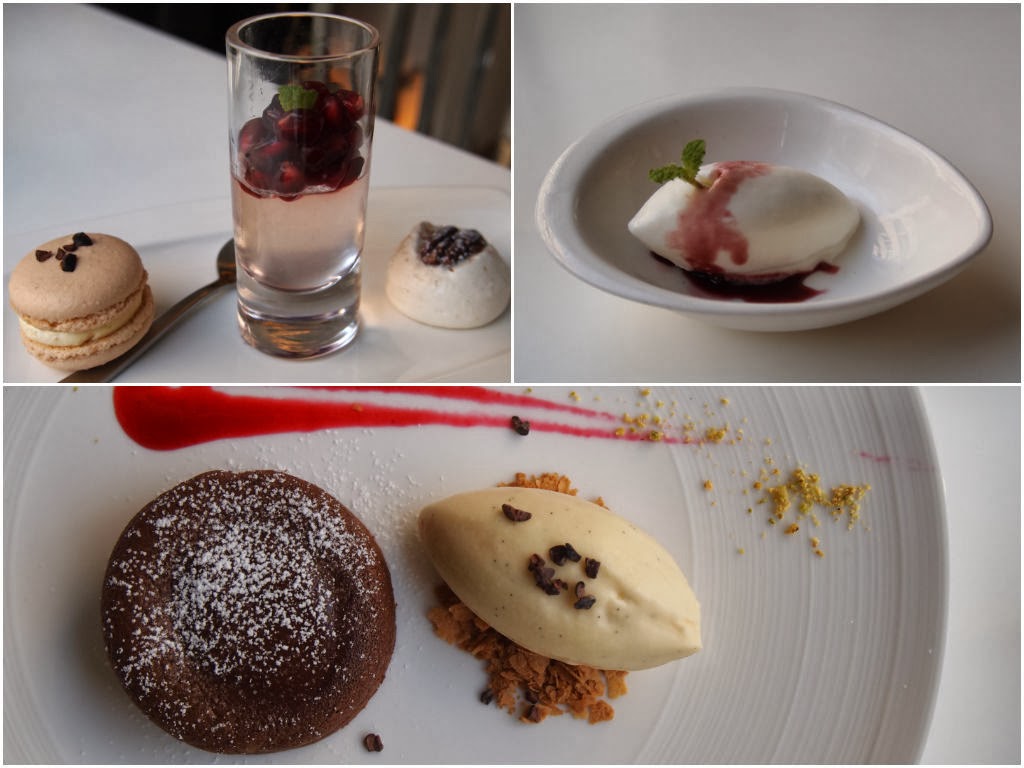 After loading up on Seoul's best sweets, make your way east to marvel at the high-end stores on Cheongdam-dong Fashion Street, the Champs Elysées of Korea.  The world's most luxurious brands, including Louis Vuitton, Prada, Cartier and Burberry, tower over the street, beckoning passersby with classic and contemporary styles (at Gangnam prices). There are also a number of high-end hair salons and nail shops that dot the promenade, popular with the city's elite.

Hallyu fans will be happy to know that Cheongdam-dong is also the home of many entertainment companies including SM, JYP, and Cube, so it's not uncommon to see K-pop idols wandering the neighborhood's cafes, restaurants and boutiques.  Additionally, the entertainment companies boast cafes and shops where you can pick up your favorite artists' albums and memorabilia.

For a bit of culture, the Horim Art Center is a favorite attraction of art lovers, as it boasts a number of galleries that include more than 10,000 Korean ceramics, paintings and metal art pieces.  Next door is CGV Cheongdam Cine City, which, in my opinion, is Seoul's best movie theater that promises visitors an extraordinary cinema experience with its unique features, specialized theaters (couple booths, private rooms and a 4D theater, to name a few), and fantastic popcorn bar. 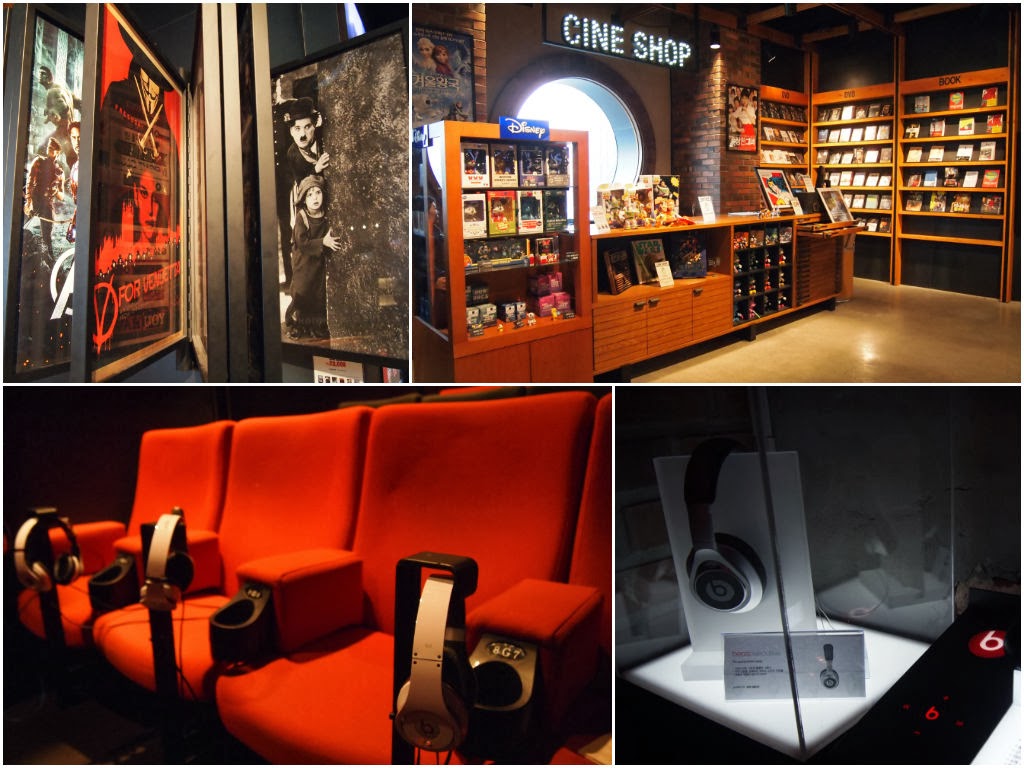 During my Gangnam staycation in the neighborhood, I opted to watch the newly released Jack Ryan: Shadow Recruit in the Beats by Dr. Dre theater on the 7th floor.  Here, each seat is equipped with a pair of Beats by Dr. Dre headphones, perfect for canceling out moody babies, cell phones and other noises and for enhancing the movie's audio quality.  The seats are also quite big and recline to ensure maximum comfort.  Tickets run around 10,000 won, but from Monday-Thursday before 1:00PM, the theater offers a "Ladies' Time" discount of 50% off ticket costs, which is great news if you just went a little crazy with your credit card on Fashion Street.

After your movie, opt to explore more of Cheongdam-dong or park it in a cafe to plan out the rest of your stay in Seoul.  And be sure to keep your eyes peeled for Korea's top designers, models, and Hallyu superstars.

Words and photos by Mimsie Ladner of Seoul Searching. Content may not be reproduced unless authorized.