Sorry it's been so long! I wanted to share with you information about Seollal (설날) which is the Korean name for Lunar New Year that starts in about two days (depending on where you are in the world). However, before that, I have to use my blog to talk about an issue that has been headline news for the last couple of weeks because it's an issue that's also been tugging at my heart.

It's been released that the death toll after Haiti's massive earthquake is 230,000 and counting. According to the BBC's recent report, 700,000 people are living outdoors in make-shift shelters. There is a lack of food, water, shelters, medical supplies, and a need to rebuild almost everything. The current situation over there is really chaotic and there is a horrific smell hanging over the nation of human waste and decaying bodies. There is chaos as people are looking for ways to survive in whatever way they can-whether that is through legal or illegal means.They really do need help over there. 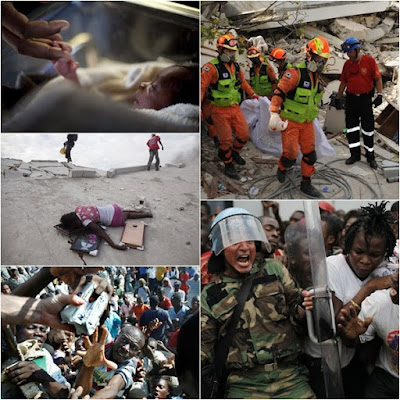 The world has reacted to the disaster. The UN, NGOs, churches, and individuals have responded to the cry for help.

It's really a heart-breaking situation. Although it may not be headline news anymore, I am writing this blog entry, because I understand that the situation is really grave and we must not forget Haiti and help in whatever way that we can.

In June, hopefully development becomes a one of the top priorities for the G-8 and G-20 Summit meetings. Recently the G-7 decided to cancel Haiti's debt. I am not sure to what extent this will help Haiti-now that they are facing enormous new costs to deal with problems arising from the aftermath of the earthquake. However, debt relief cannot hurt!

The Republic of Korea is the first non-G8 nation to hold the presidency seat for the G-20 meetings that are happening this year. President Lee Myung-bak, in his interview with the BBC released on January 28, 2010 said,

"We are a country that experienced a devastating war about 50,60 years ago. 50 and 60 years ago, Korea was one of the poorest countries in the world, but today, we are a member of the OECD, and also more than that, we are a country-the only country in the world to be a recepient of donations, but now we are a donor ourselves, providing help and assistance to those who need our help and assistance..." http://news.bbc.co.uk/2/hi/business/davos/8486343.stm

I think that it's great that Korea is a country that can act as the bridge between developed countries and developing countries since it can relate to both positions. I hope that in 2010, Korea could really shine light on the issue of development because it is so often neglected and forgotten. We need long-term and concrete goals for countries like Haiti and other developing countries in need.

If you're interested in development, you might like this Korean show called "Dan Bi" (단비). It's a show where Korean celebrities get together to help out people in need. In the episode that I watched, "Han Ji Min" was one of the guest and comedians such as "Kim Yong Man" and "Tak Jae Hoon" were also there. 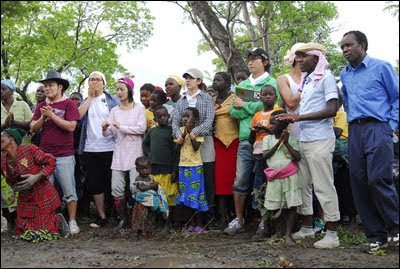 The small group travelled all the way to Zambia to create a clean water well for a community of several hundred people. Only 50% of the Zambian population has access to clean water-meaning that there are many people who die of diseases that are related to using unclean water. The average lifespan in Zambia is 38 years. It's so hard to imagine that a water well can change the lives of hundreds of people, but it truly can. After the "Dan Bi" cast successfully built the well, the villagers went from collecting water from a dirty and disease-infected pond that is several miles away for many to a clean and healthy water well. 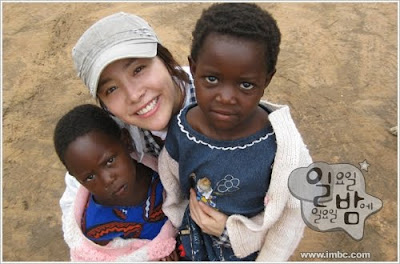 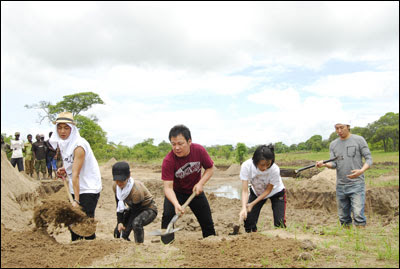 "Dan Bi" does not only go to African nations or build wells. The week after, the group went to Sri Lanka to give artificial limbs to two boys who could not walk. Another week, they helped a couple in Korea to hold a wedding that was long postponed because of financial and health reasons.


"Dan Bi" literally translates into sweet rain. I think the show is doing a great job of pouring down sweet rain to so many places.

We all have questions about whether or not we need to help poor countries, how to best provide aid, why some governments neglect their population and how it can be made better.

We might not know exactly what might be the best way to help developing countries; however, we can all start somewhere.

I hope this blog entry will inspire you to spread sweet rain to people in need in your neighbourhood and elsewhere :)