One of the places in Korea that I had wanted to visit more than any other attraction was the DMZ. Korea’s Demilitarized Zone.

It’s not an easy thing to see if you don’t live in Seoul because the tours that are allowed to take you there do not run on Sundays and Mondays, as well as holidays.

So hopping a train is not too easy, especially for me as I’m in Busan on the very opposite end of the country. 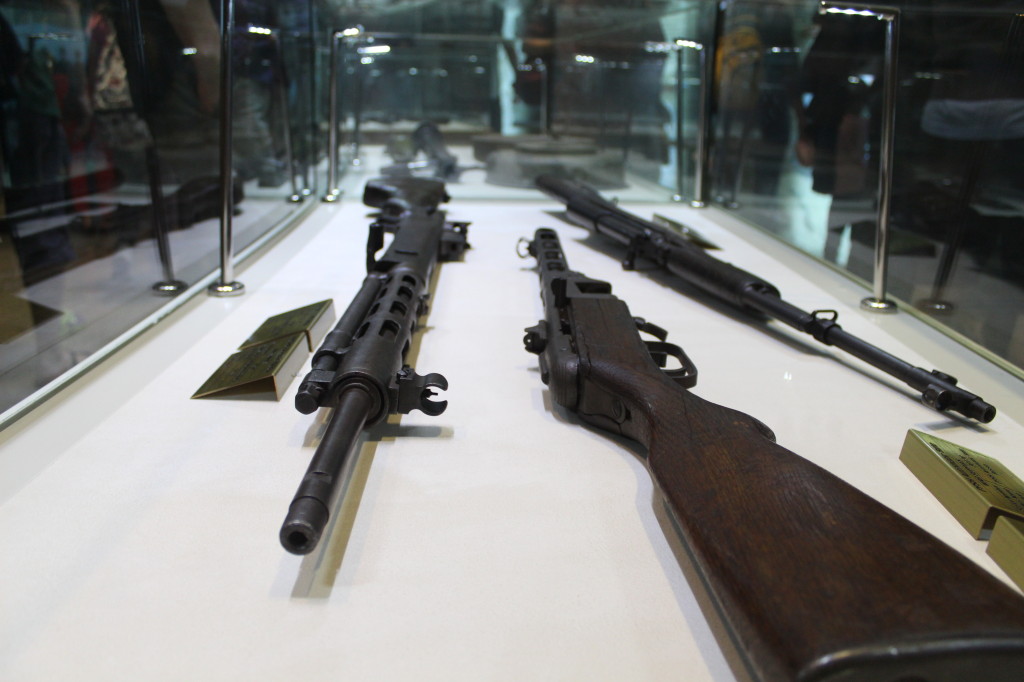 There are two different tour packages in general: the 3rd Infiltration Tunnel portion, and the Joint Security Area (JSA) portion.

They are both half day tours, so if you’re interested in doing the whole shebang you’ll need a full day. No photos in the 3rd Infiltration Tunnel, unfortunately. 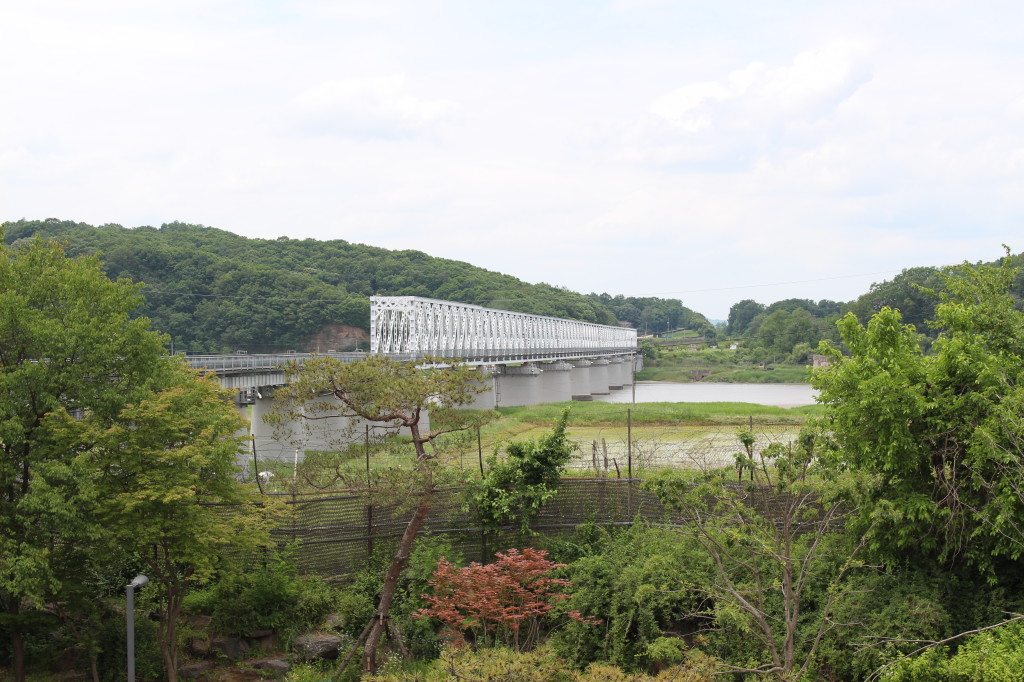 I point that out because if you want to try and do a weekend getaway to Seoul, you’ll need to be in Seoul by 7:30 am on a Saturday. Not an easy thing to coordinate. Lucky for me there were a few holidays near each other and I had a five day weekend. This was my chance.

And I took it.

Keep in mind that the DMZ tour experience is not really meant to be a thrill ride or something like Disney. It’s meant to bring you to the very place where the root of all of Korea’s issues lies.

To see it first hand and to get a better understanding of the history and nature of the political affairs surrounding this very stretch of land. 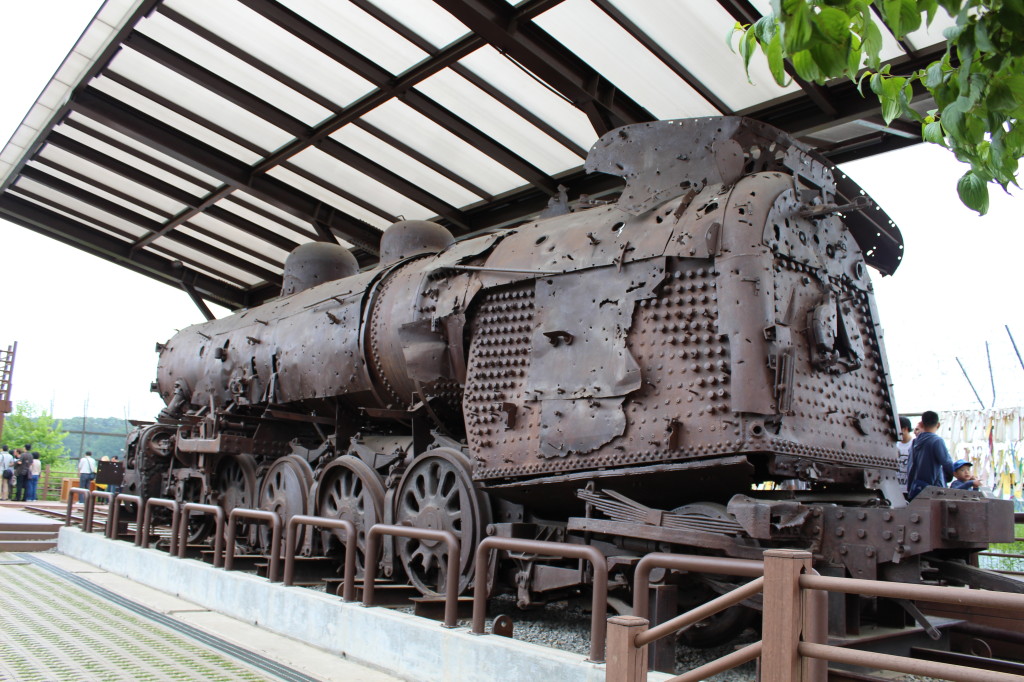 There are many, MANY rules and regulations surrounding the tour. Guidelines that everyone must adhere to in order to enter the DMZ. For example dress code for the JSA is quite detailed.

Without listing all the can and can’t wears, I think the best way to sum it up is by saying:

…dress in business casual attire, and you’ll have no problems. I actually forgot all about this and had to run to Dongdaemun night market to pick up some cheap clothes to be compliant.

Purpose being, they don’t want any sloppy folks cruising the area that North Korea could photograph and use as propaganda against the hippy foreigners.

Presented in detail by the tour guide are all the other rules throughout the trip. When and when not to do this and that.

You see that direction over there I’m pointing too? Don’t look over there. Let alone attempt to snap a picture. 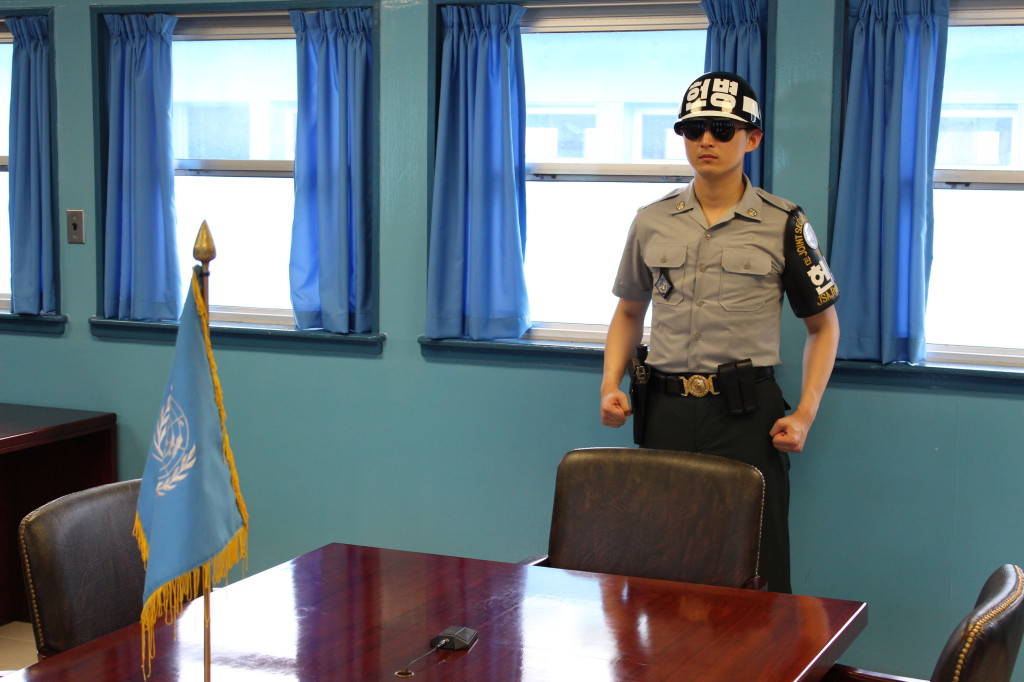 In fact, at the JSA, the girl standing next to me in “buddy system formation” snapped a picture of her friend in front of us. Only, they were in that direction we were told not to take pictures.

Wouldn’t you know it, a ROK Army sergeant B-lined it to her and made her delete the photo in front of him.

Pretty serious stuff. And for good reason. This is the hottest political region in the world right now, second only to the Middle East possibly. 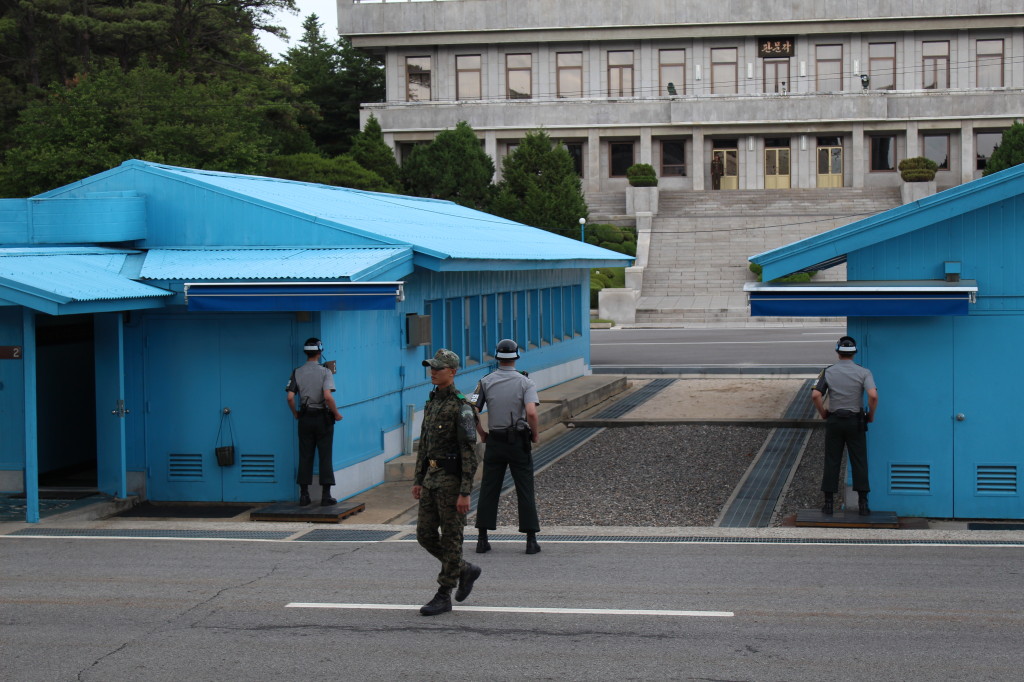 There were some elements of the whole tour experience that made me scratch my head as I went away from it all.

For example, at Imjingak, where the “Freedom Bridge” connects the two nations; there’s an amusement park in the parking lot! With a “Super Viking” swing and all. Talk about things that make you go ‘Hmmmm…’

There’s an endless supply of commercially feeling gift shops too. It really made me feel like I was back at a fair in New Hampshire in some ways. I mean, DMZ t-shirts, patches, little figurines, everything.

It would not have been at all out of place to see someone dressed like Kim Jong Un walking around charging for pictures. Maybe I over-embellish, but it’s just the impression I was left with. 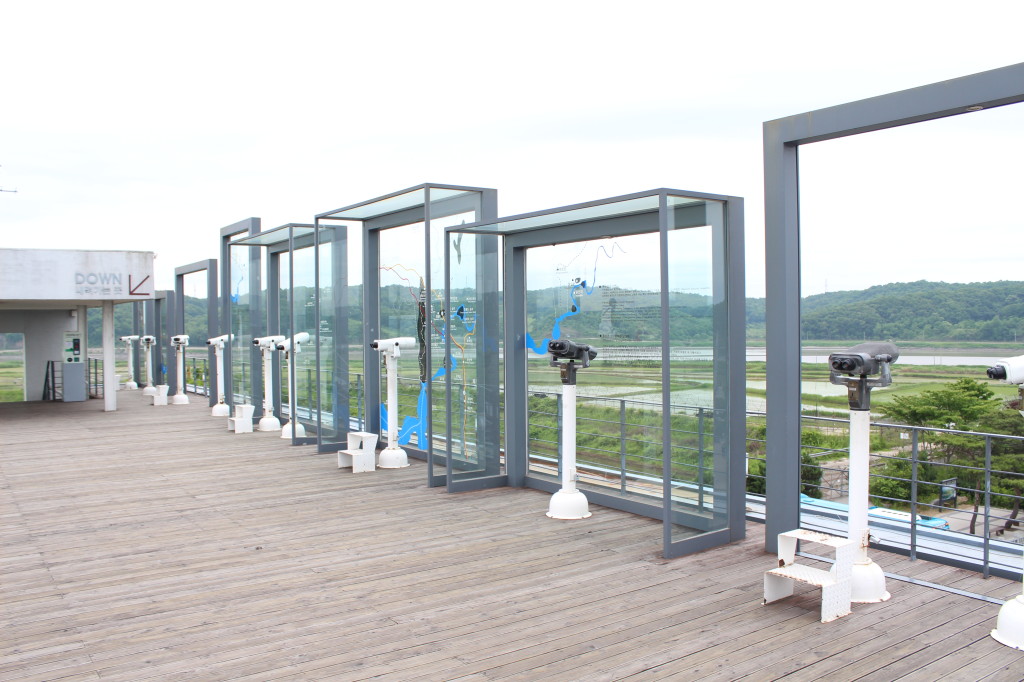 All that being said, the tour is most definitely worth it, and a part of Korea that everyone should look to do.

It really helps to make you appreciate how Korea came into being, who they are today, and the ramifications of all the event’s that we read about in the media outlets.

To be there in person, and to re-learn the history of it all will cause you to leave with a greater appreciation not just for South Korea, but for the U.N. Allies that helped make the existence of Korea a possibility. 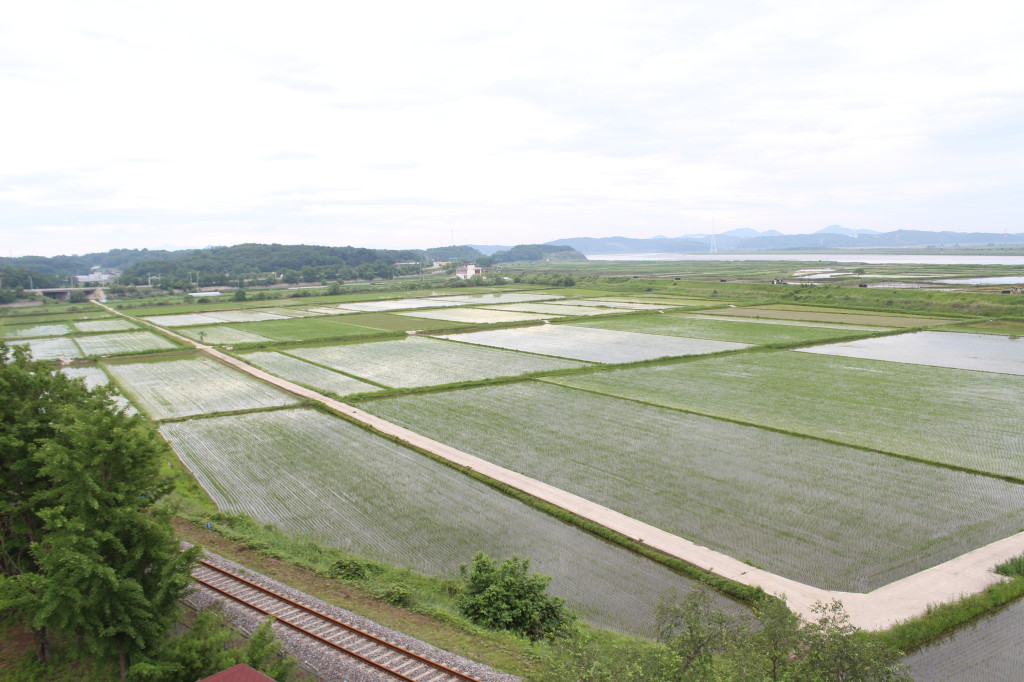 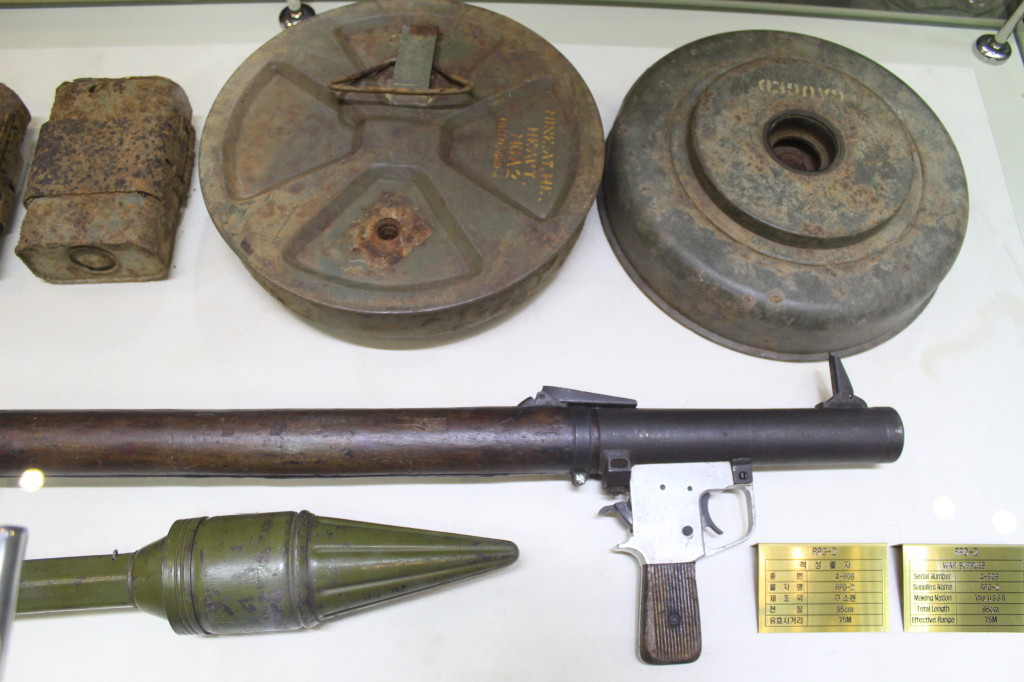 The post The DMZ Tour appeared first on The Red Dragon Diaries.