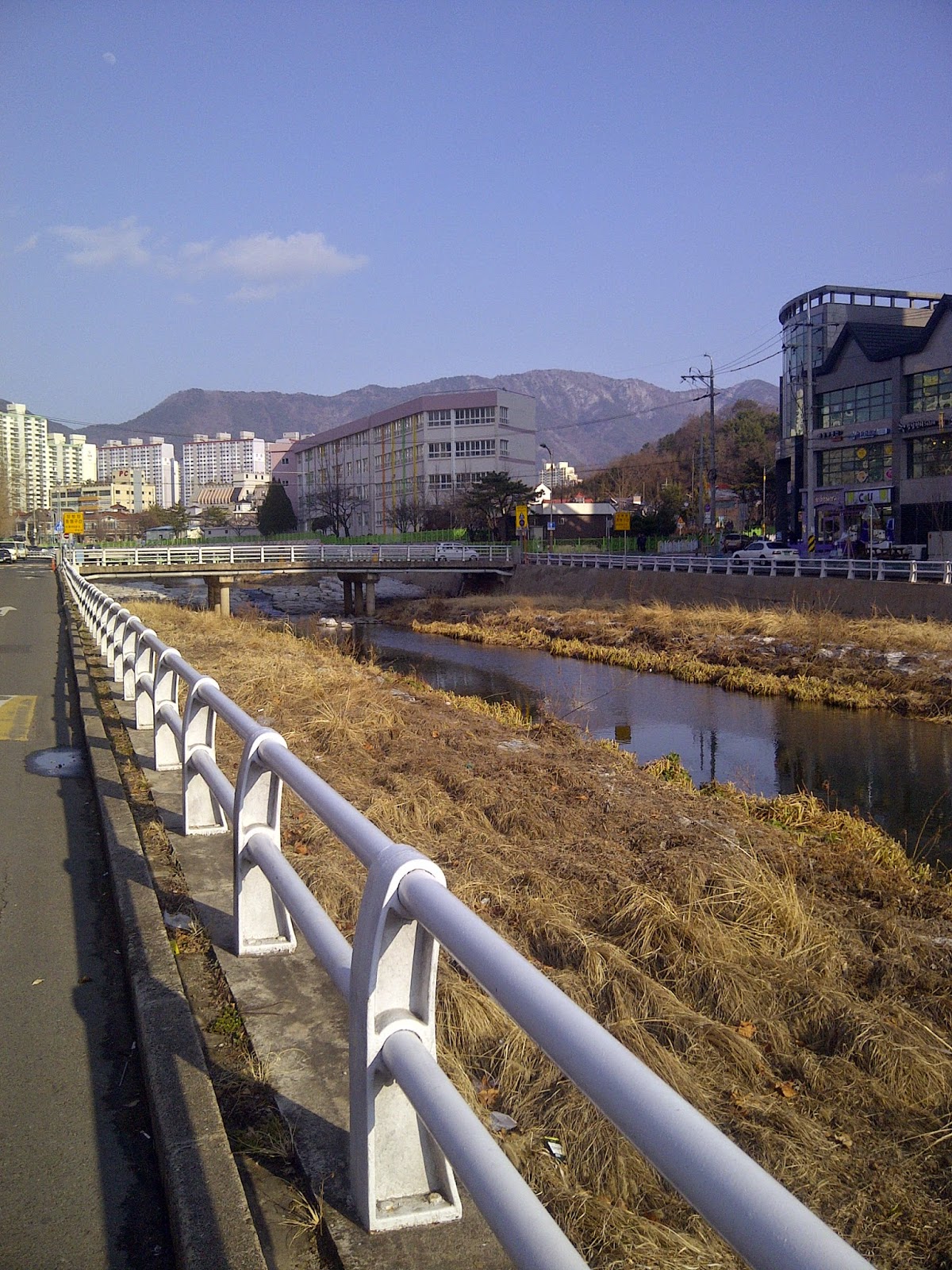 Yesterday was a National Holiday (details according to Google: Independence Movement Day (March 1) This day commemorates the Declaration of Independence proclaimed on March 1, 1919, while under Japanese colonization. A reading of the declaration takes place in a special ceremony at Tapgol Park in Seoul, where the document was first read to the public.) so I decided to peace out of Gwacheon, head to Seoul, and continue on the KTX down to visit a Canadian friend (A Canadian Abroad: Ryan Kyle) who is living and teaching in Changwon.  My understanding was that Changwon is a small town outside of Busan (a city I've heard compared to both Miami and Las Vegas over the past 24 hours).  Not so.  Changwon, the 8th most populated city in South Korea, makes Gwacheon seem absolutely tiny in comparison.

It took about 30 minutes to get from Gwacheon to Seoul Station as I left around 8 AM, and my train was not until 10:40 and seeing as I hadn't had a chance to eat I headed over to the Golden Arches and grabbed some grub.  I'll let you know, good ol' Mickey D's breakfast tastes the same in every country (read: cheap and consistent) but that coffee was the best I've had since touching down in Korea.  I drank it black and savoured every sip. 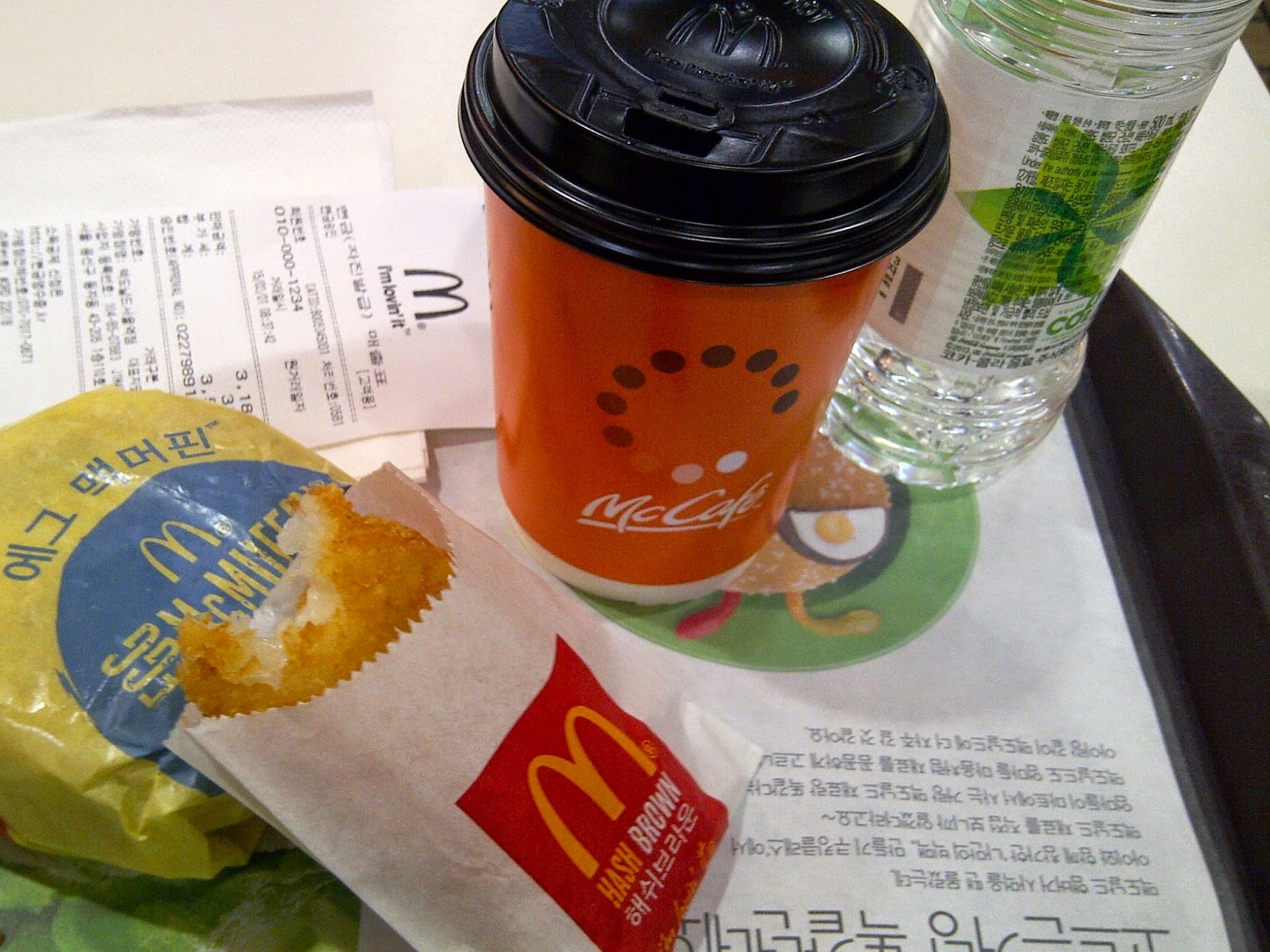 The KTX is Korea's high-speed railway.  They have a variety of methods of transportation, and a variety of speeds when it comes to choosing your train.  The KORAIL website gives some information you can scan through here: 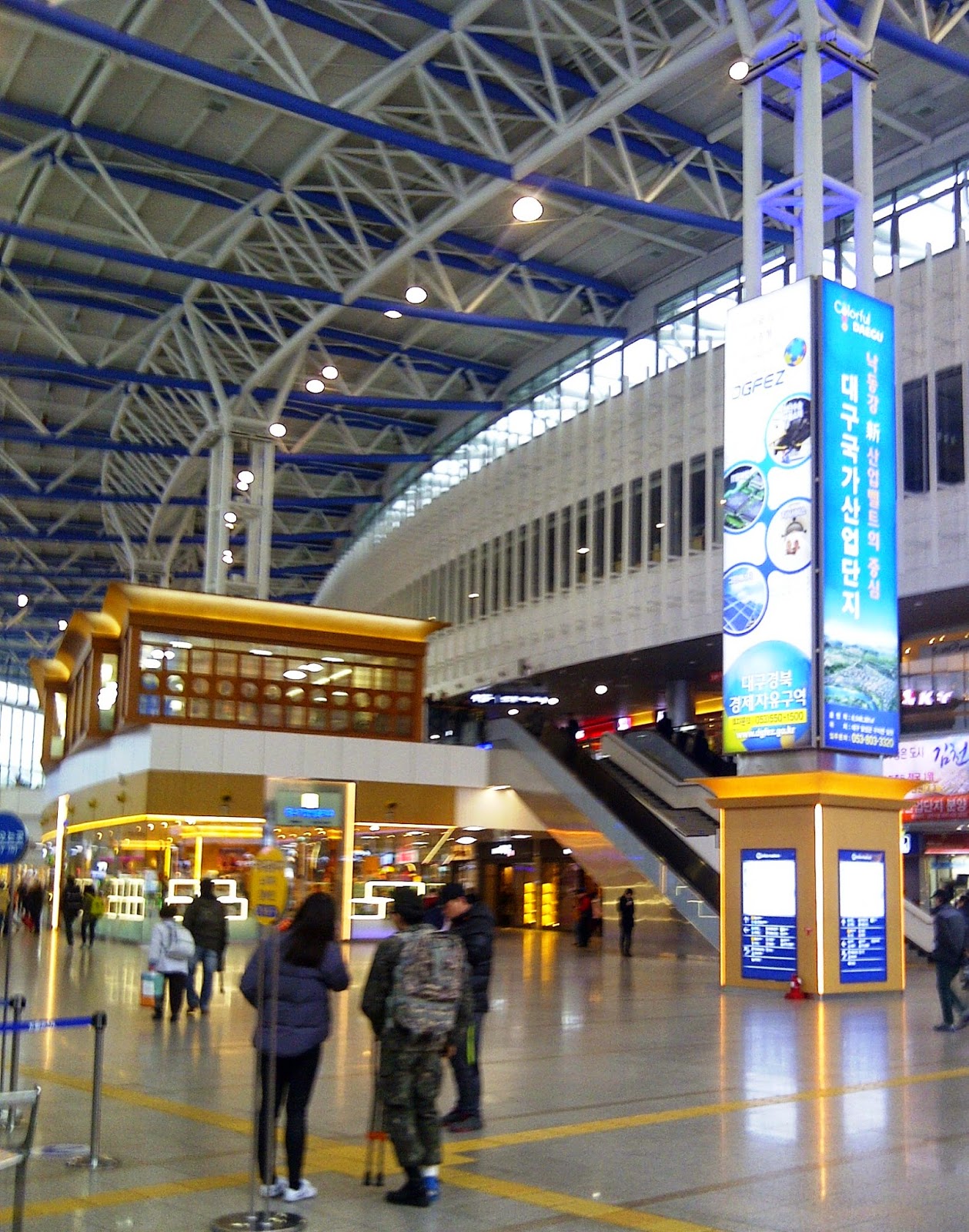 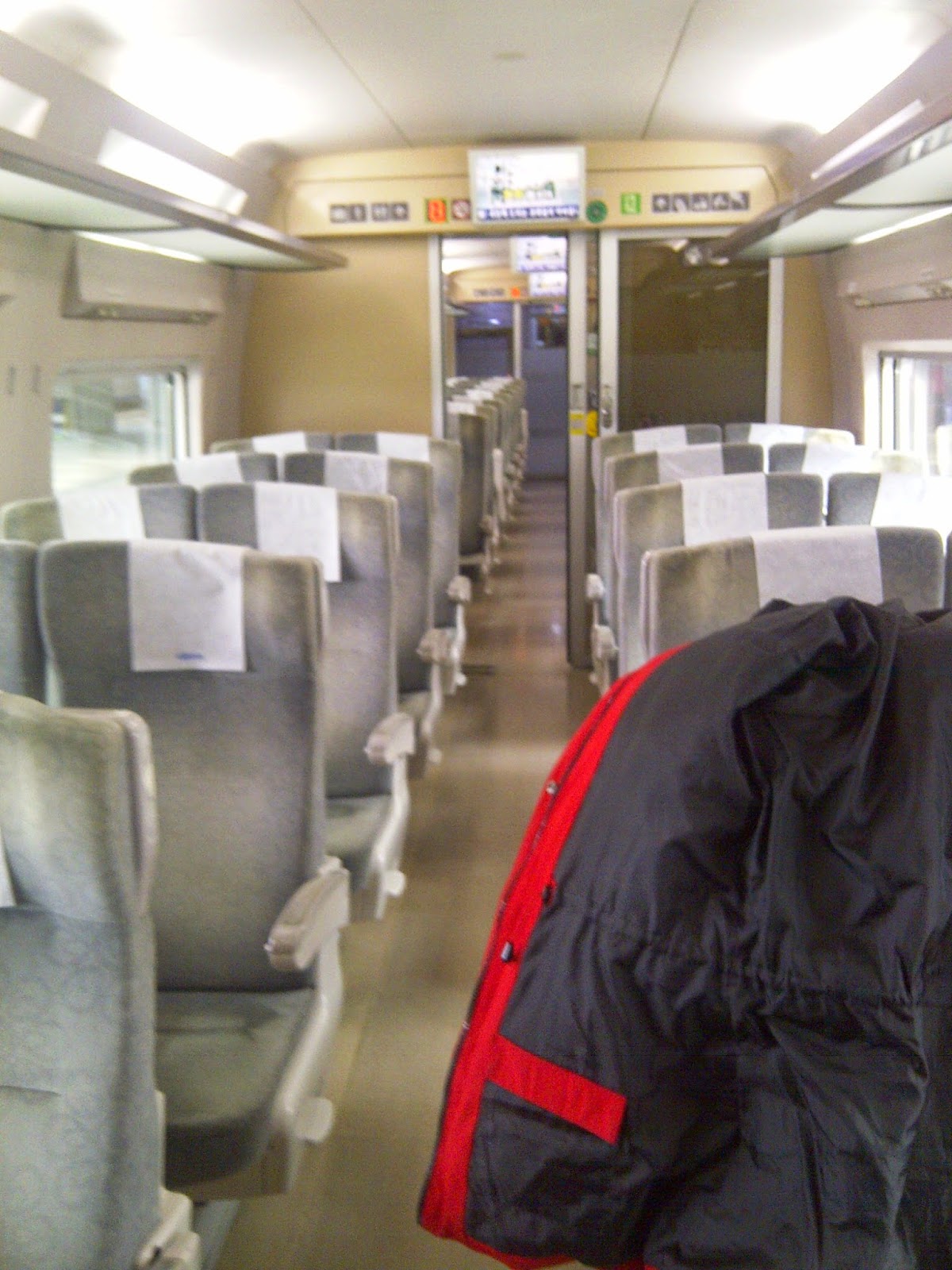 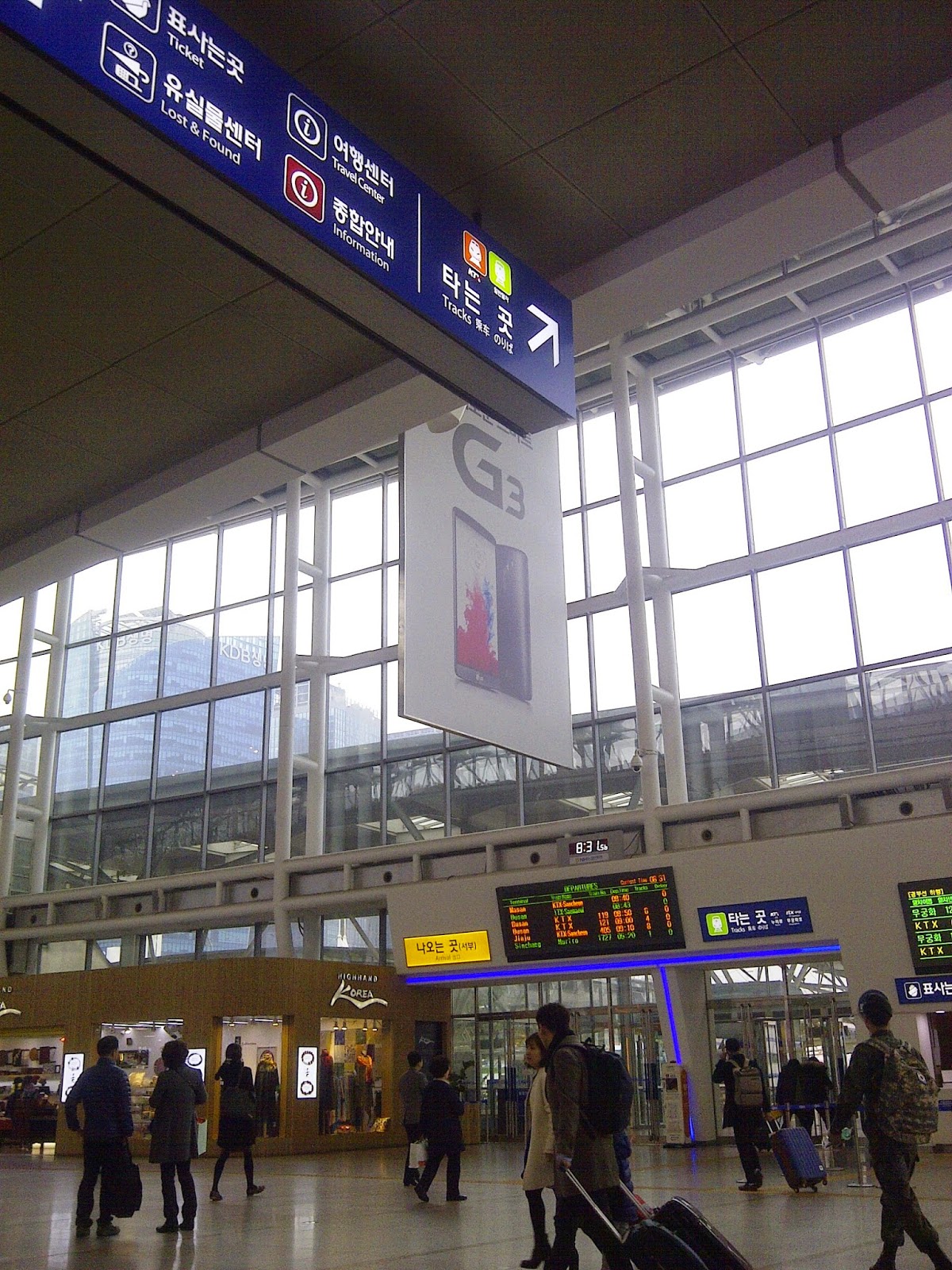 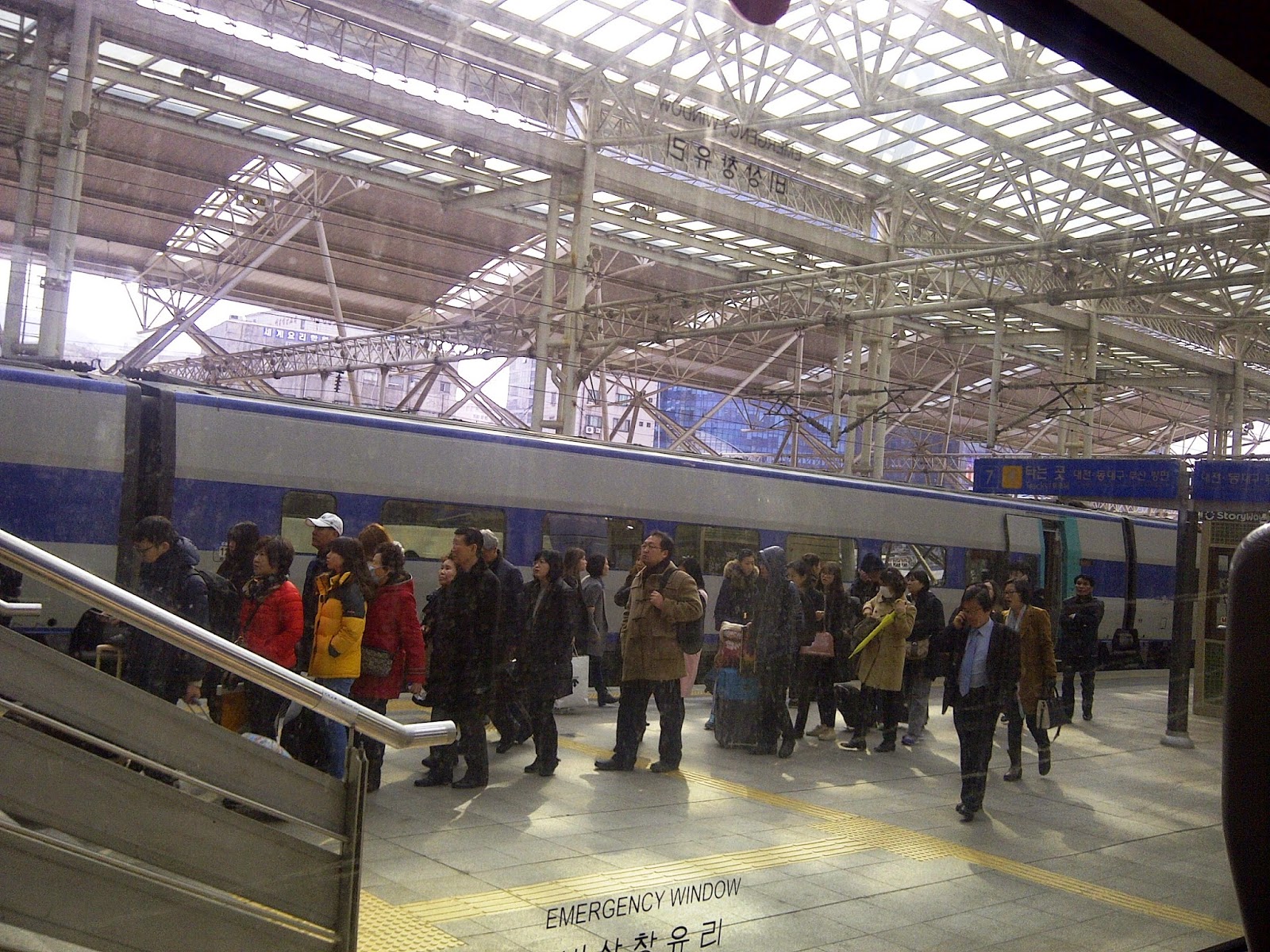 The train platforms were ridiculously easy to get to (Union Station - take note!).  I had purchased my ticket online so all I had to do was get my ticket printed, head through a set of doors directly next to where I had printed my ticket, head down the flight of stairs corresponding to my train's platform and voila - I was boarding the KTX to Changwon.  The trip was exactly 3 hours long and there were TV's showing advertisements for tourism in the areas we passed through as well as the speed at which we were moving (between 280 - 300 km/ hour for the most part).  Once I arrived at Changwon station I emerged bathed in sunlight.  This is the first day I've not had to work, so enjoying the sun and fresh air felt amazing.  It also helped that this southern spot is much warmer than the -4 degrees Celsius I had had up near Seoul. 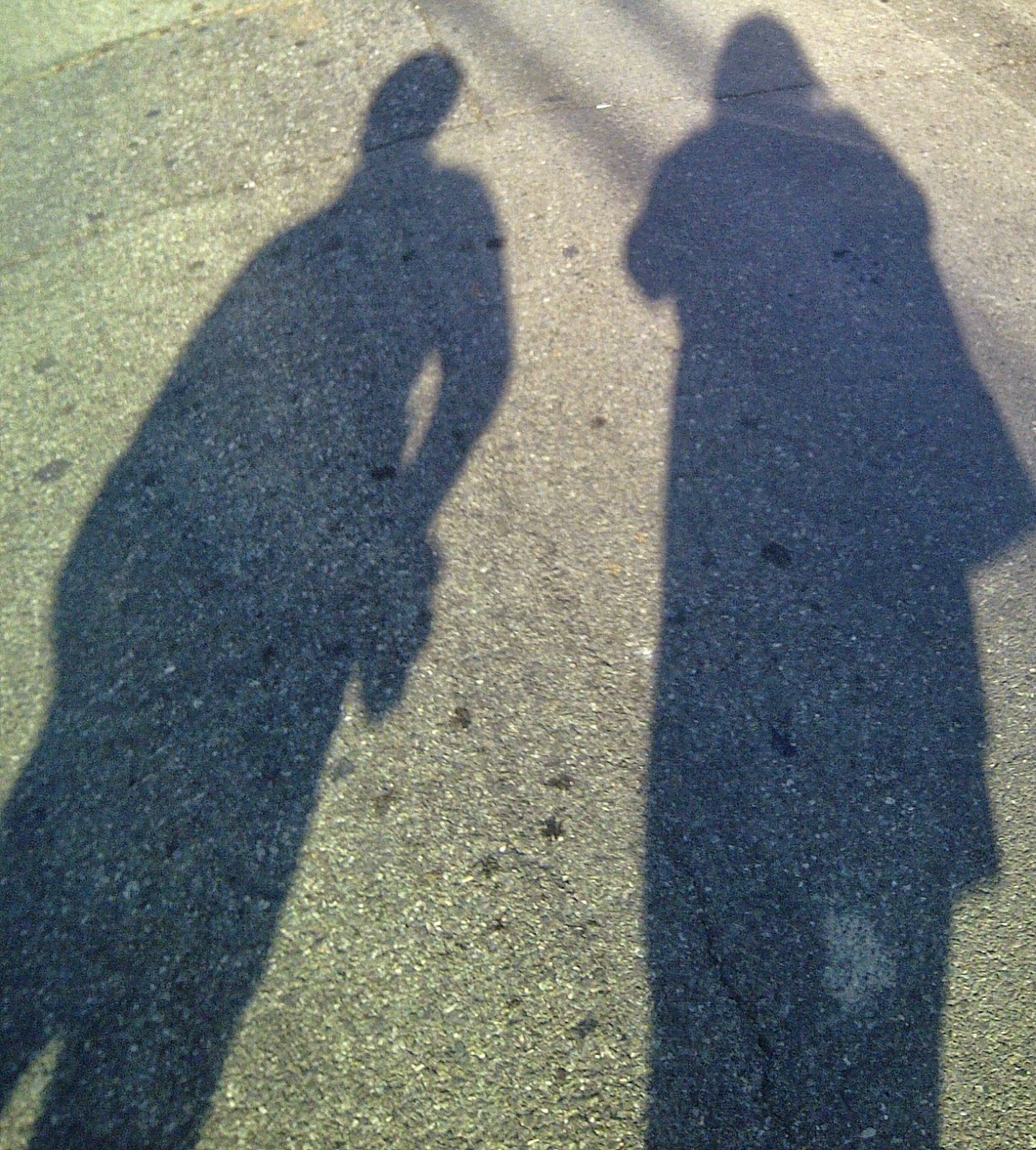 I met up with Ryan in his neighbourhood and after catching up for a bit we headed out on a walking (and a bit of a foodie) tour.  He's a pretty spectacular photographer/ videographer, so if you prefer nice photos to Blackberry point-and-shoots I suggest you head over to his website.

We walked along the water for a bit then through some apartment complexes and residential areas.  These houses reminded me a lot of little Italy in Toronto with their decorative design. 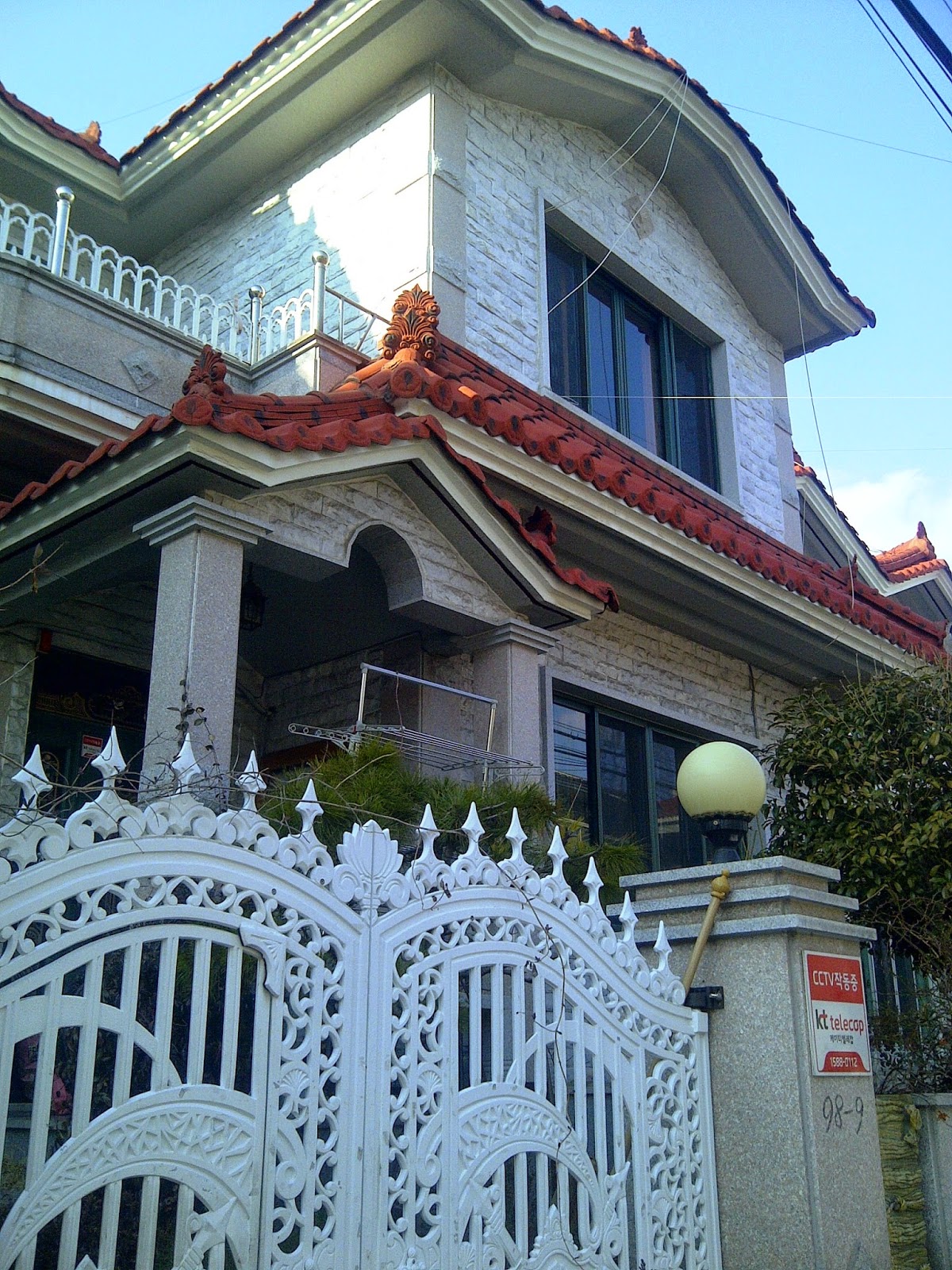 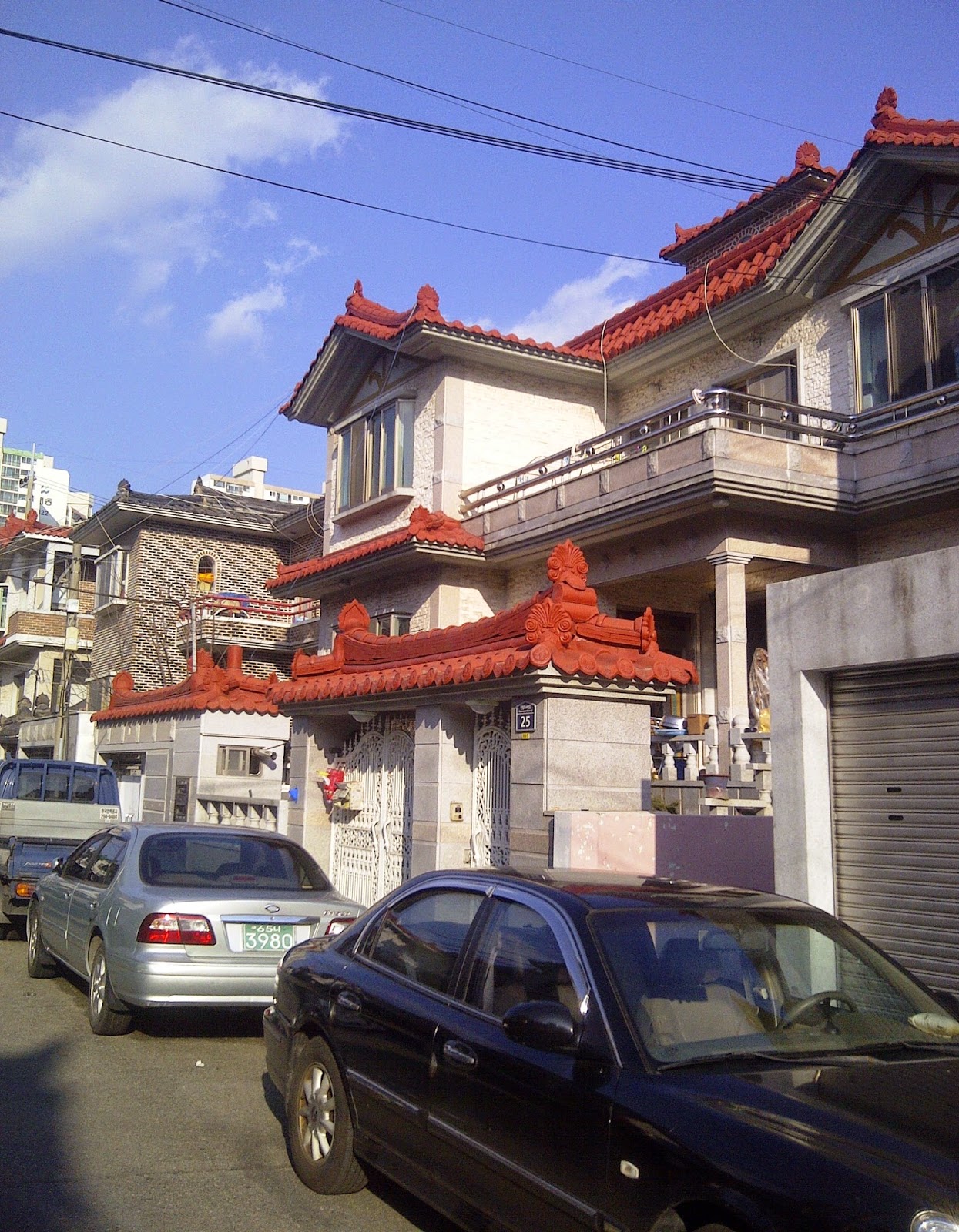 I wish I had taken some photos of the street onto which we turned next.  It was lined with seafood restaurants with massive fish tanks outside.  I didn't particularly feel like picking and eating my dinner quite that way, but I did have some fun with a fish following me and being a little silly.

Ryan's school is in a commercial area of town next to several Lotte properties/ stores.  Lotte is a food and clothing retailer that seems to have monopolized various markets throughout Korea.  They even have an amusement park named Lotte World (which has an Aquarium, Water Park, and Adventure Theme Park)!

We stopped into his Officetel and he took me to a little spot where we got a small snack of sweetly glazed/ fried chicken (with a couple of rice cake bites thrown in for good measure).  Health food this was most definitely not, however with only a couple of bites each we were satisfied for another several blocks and vistas. 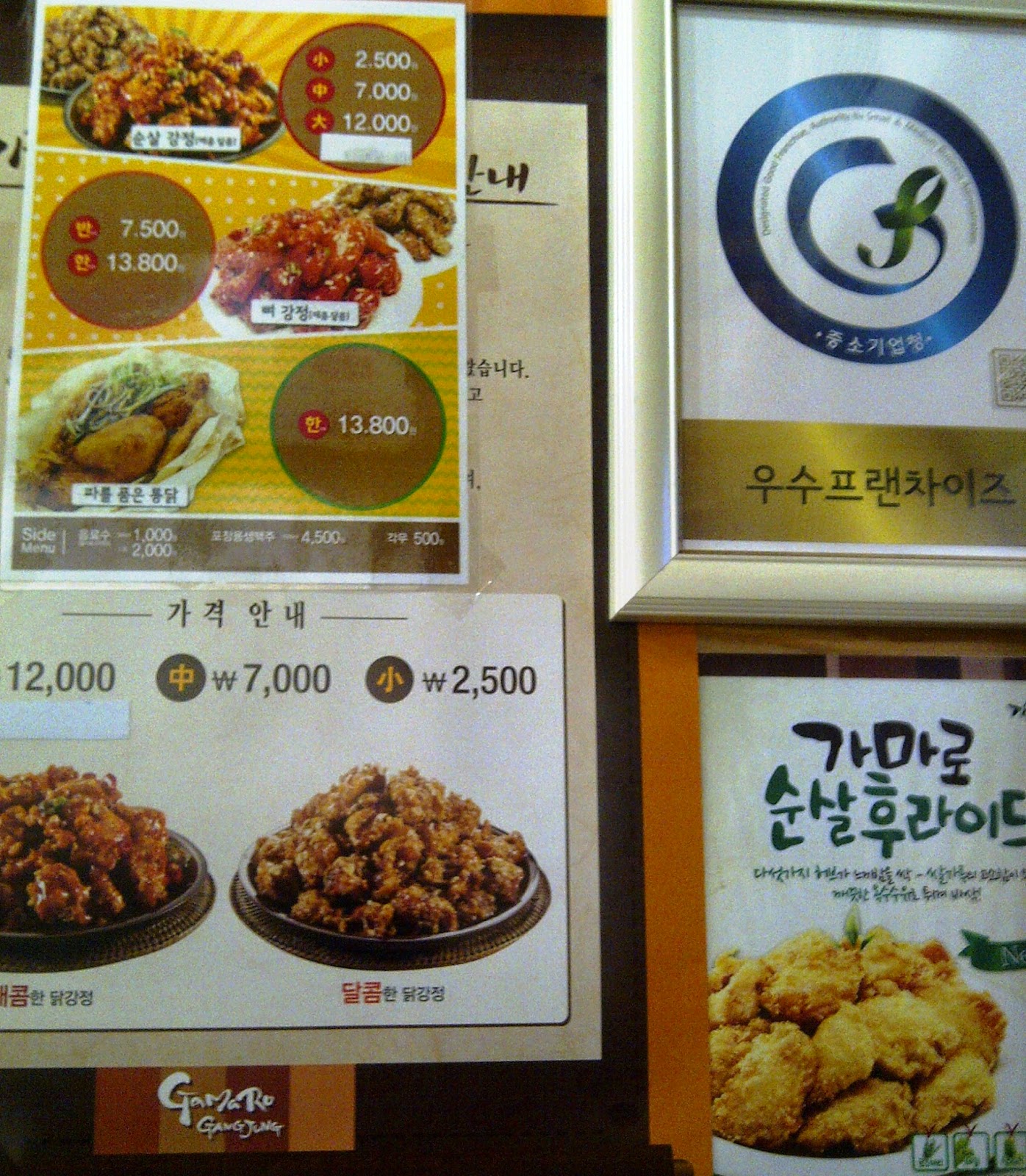 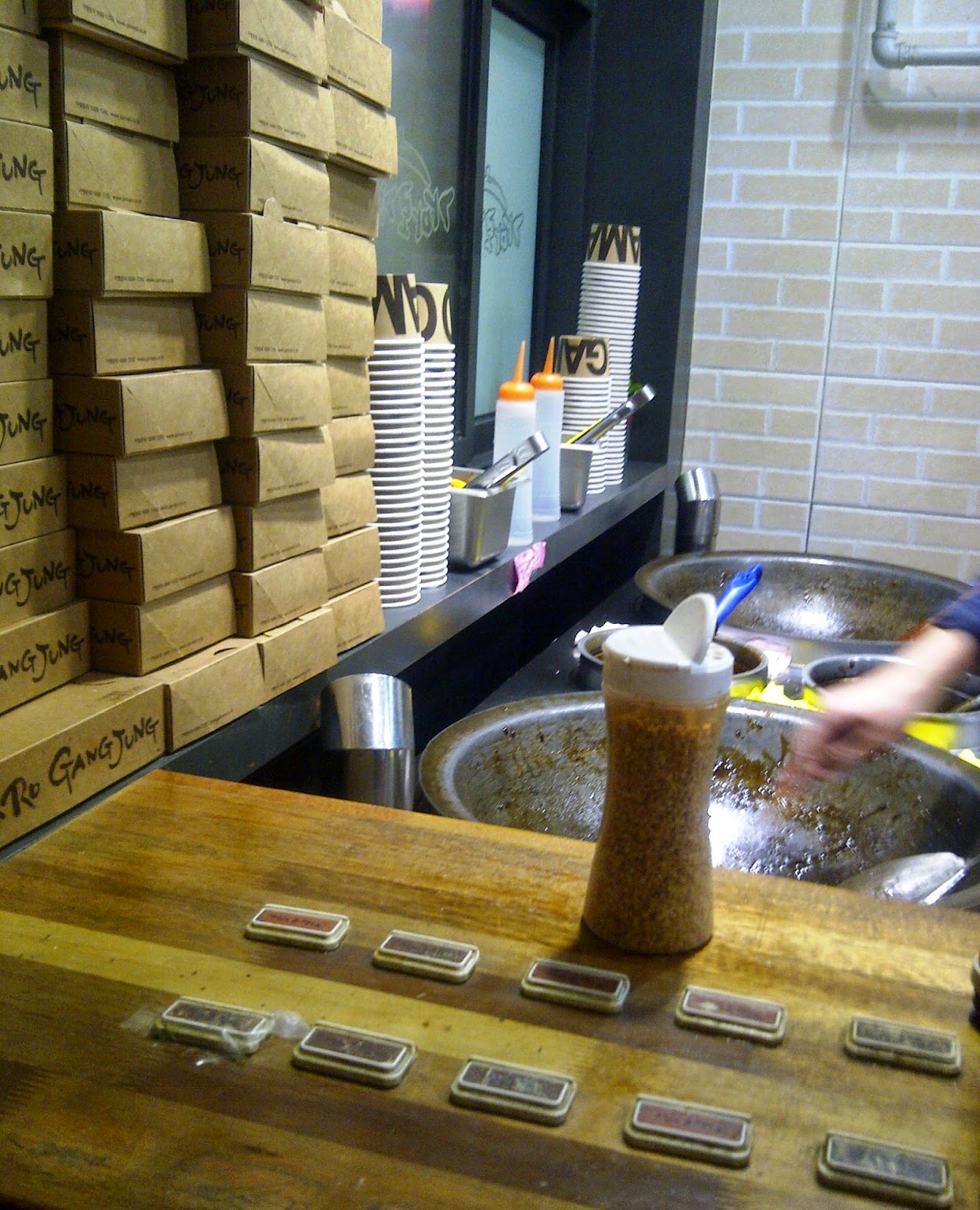 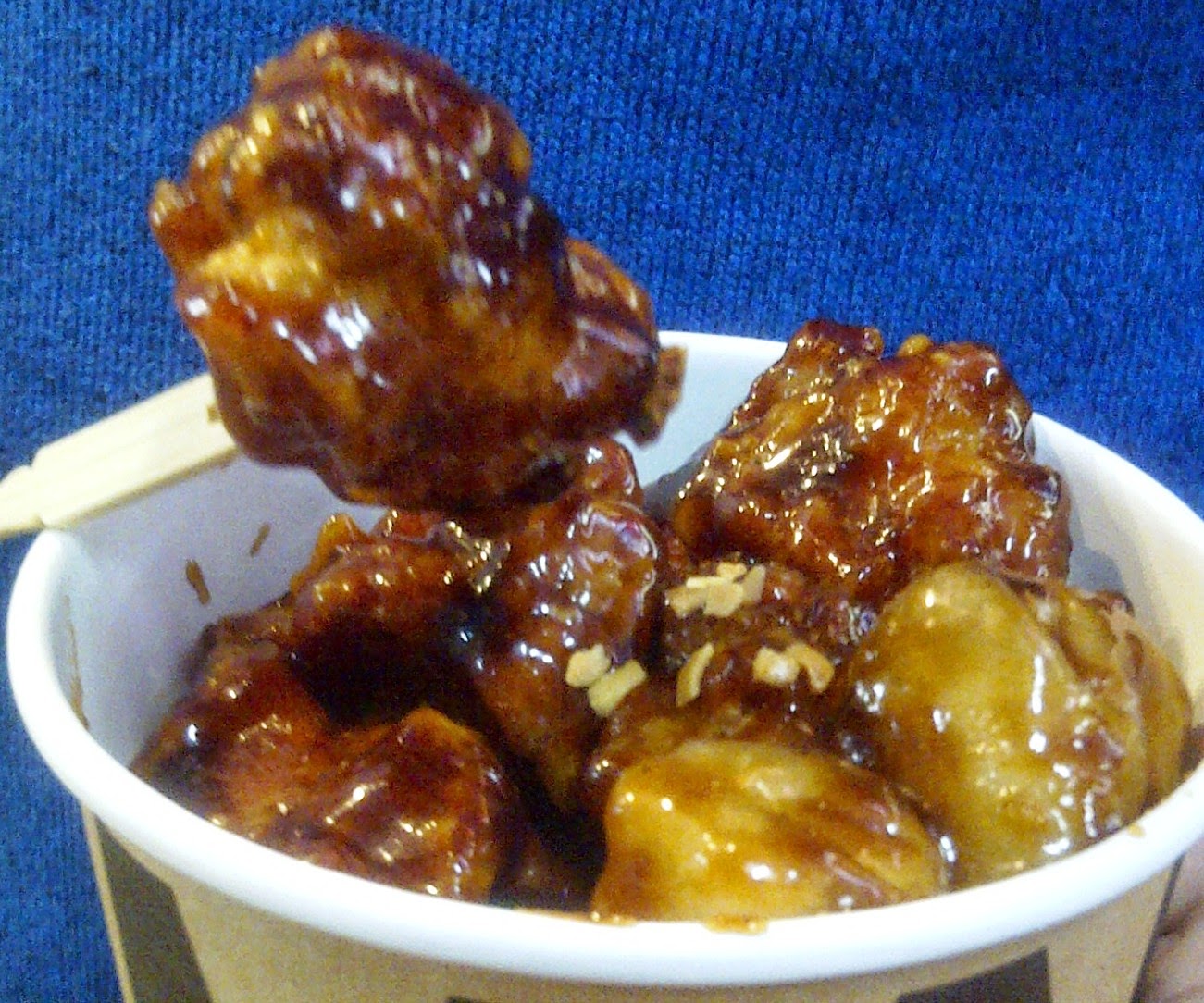 The mountains seem incredibly vast and gave me that same feeling of being small as I had when I was in Vancouver.  It also helps that these mountains were snowcapped and hadn't been damaged by the war quite like Gwacheon.

We continued to wander around stopping in Lotte to check out pricing (and sizing) and discovered some pretty ridiculous trends.  I'll let you come to your own conclusions with regards to their thoughts on Montreal (below).  They also had some awesome knock off Canada Goose jackets that actually had "Canada" embroidered on the sleeve.  It felt bizarre but nice to discover a weird little slice of home far away. 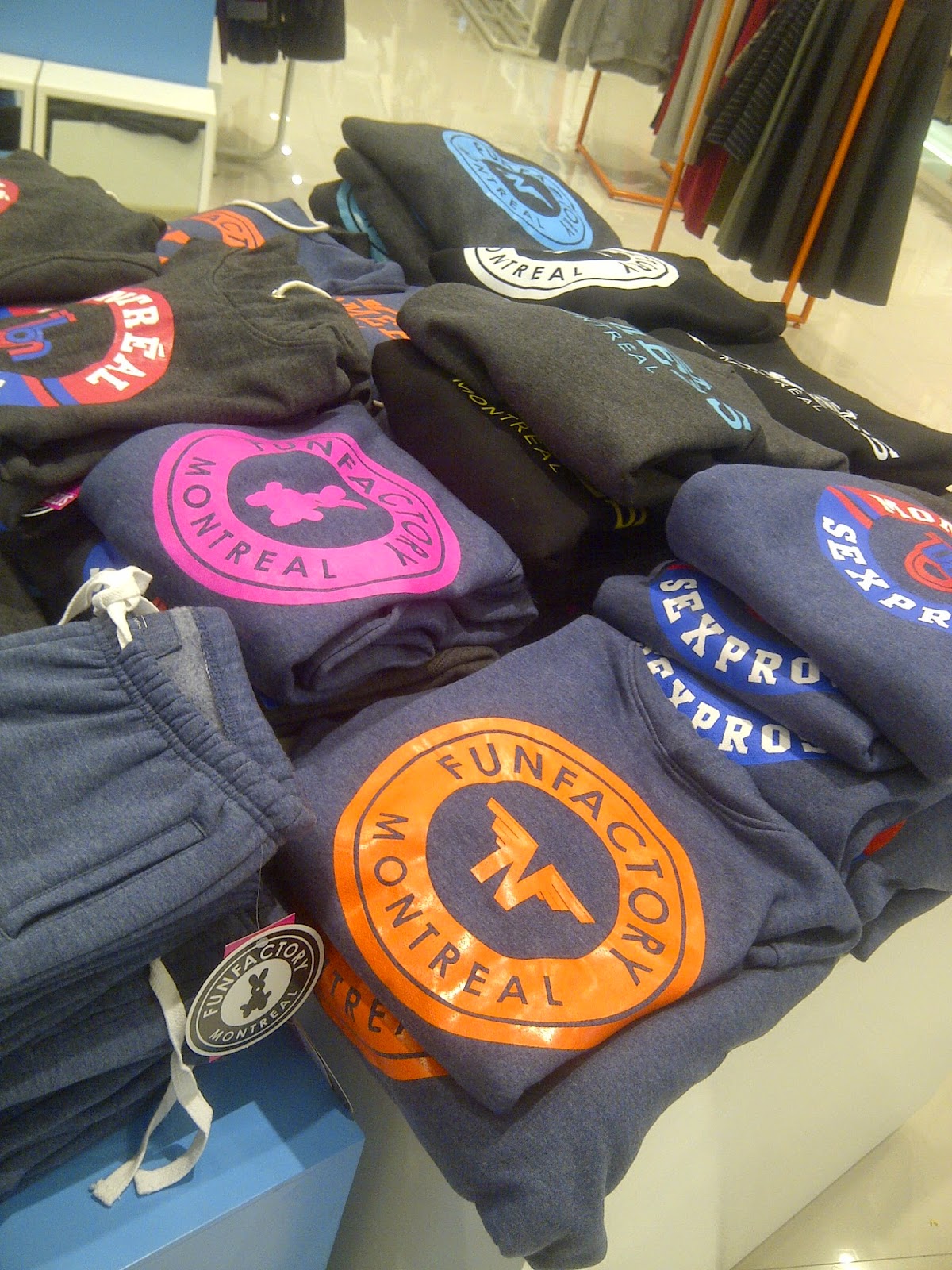 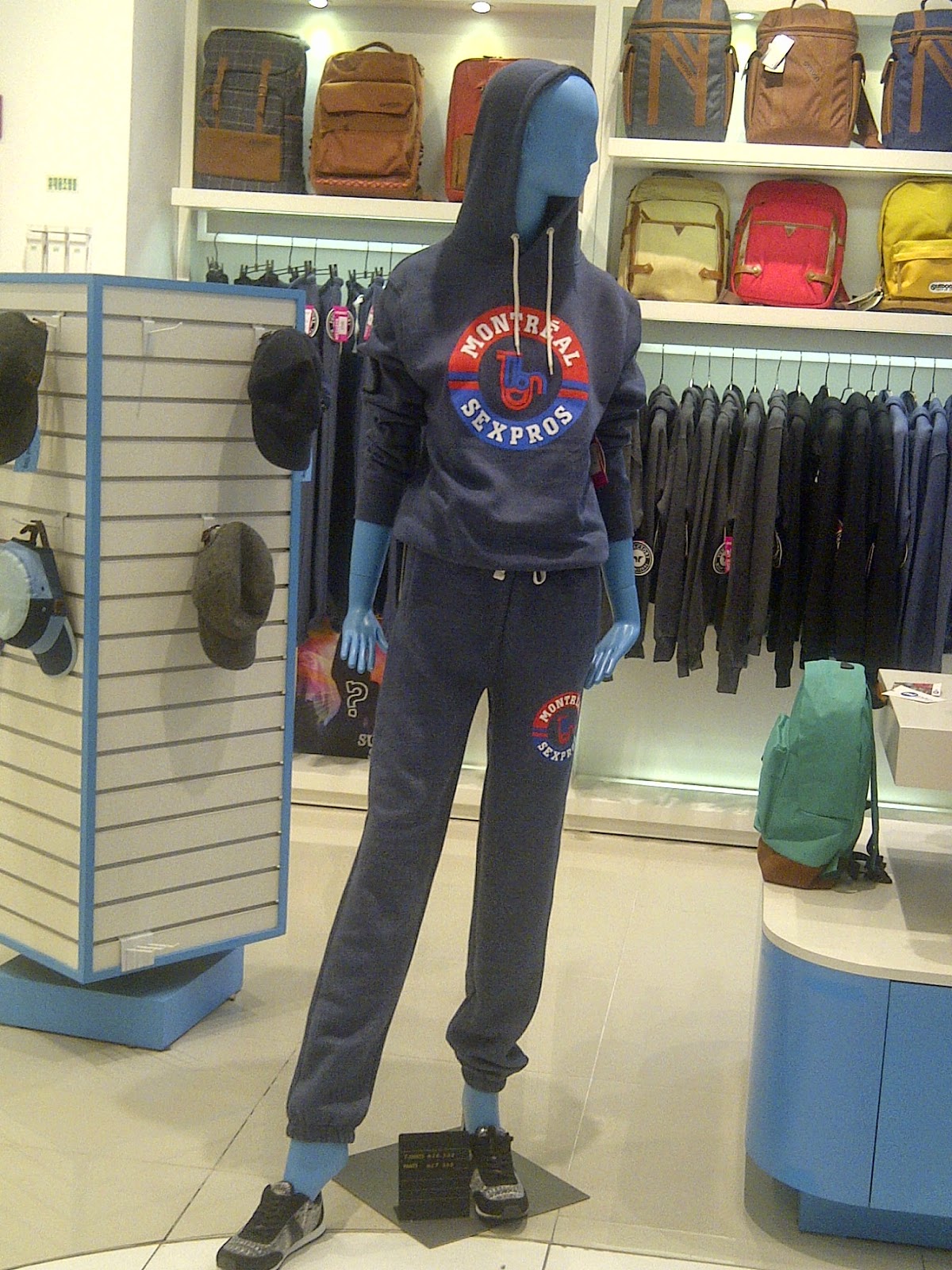 It was dinner time, so we popped into the Lotte cafeteria to have dinner.  It reminded me a LOT of a combination of Hudson's Bay and Marche/ Richtree Market, but in addition to the cafeteria-style options there was also Popeye's Fried Chicken, McDonald's, and a local Pizza franchise.  We settled on a pork dish that came with some tasty sides.  for KRW 6,000 (the equivalent of about $6.50 Canadian) we were able to split this massive dinner and be completely full. 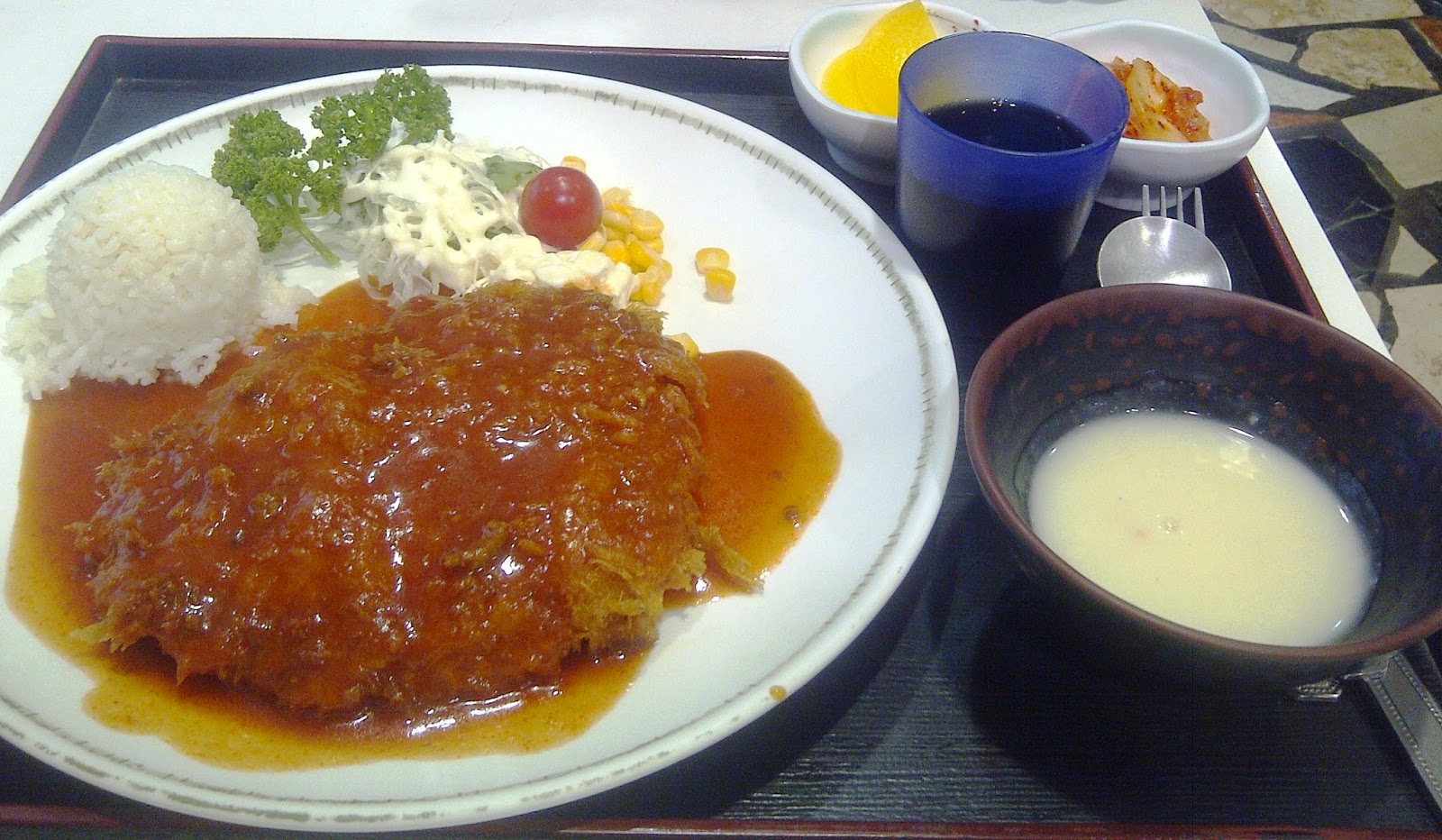 Meandering around town I've realised that I really, really like it here in the South of South Korea.  There are way more things to do even in Changwon, so much more to see, and way more mountains to climb!  I would be eager to live and work in this area. 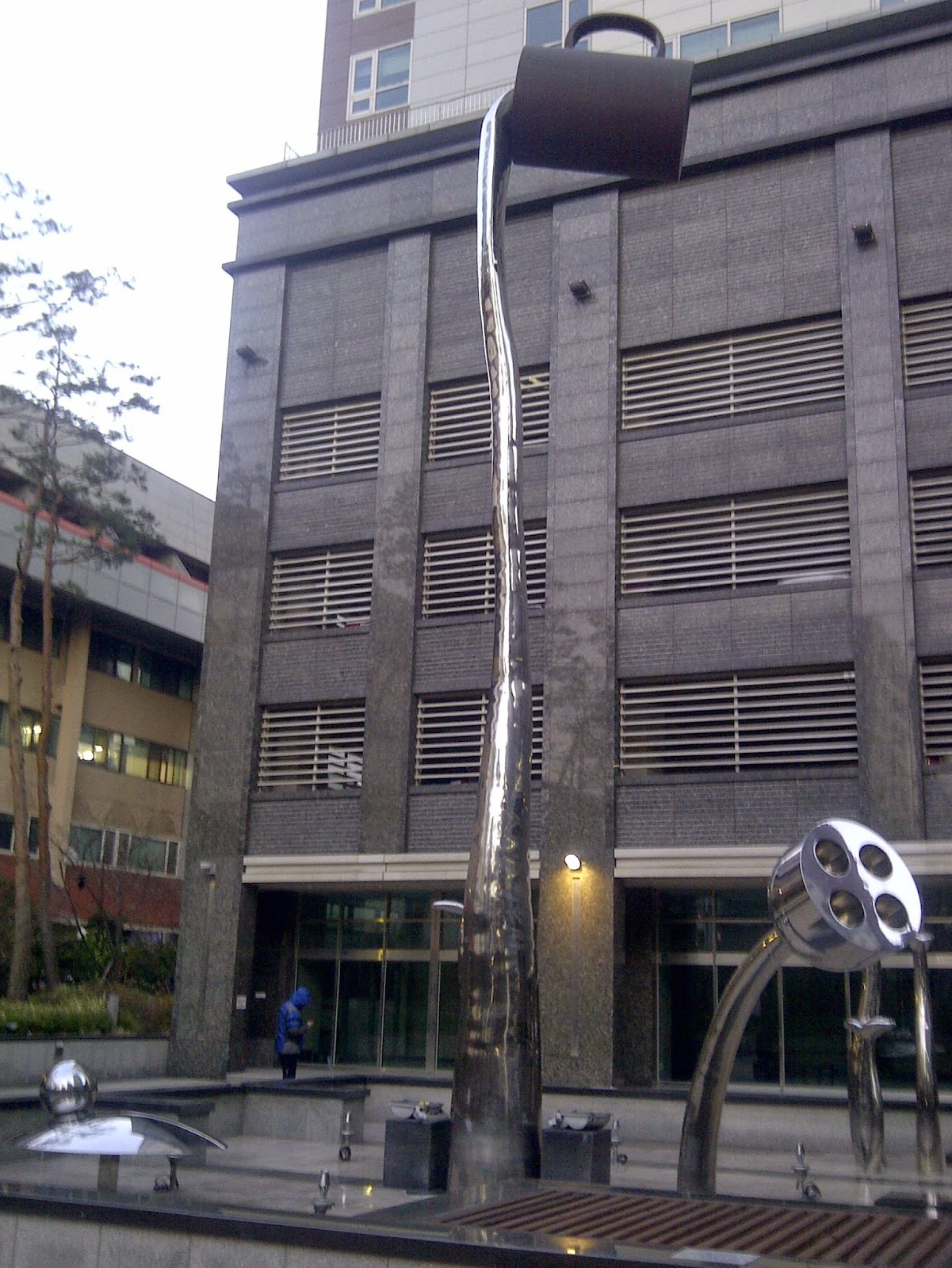 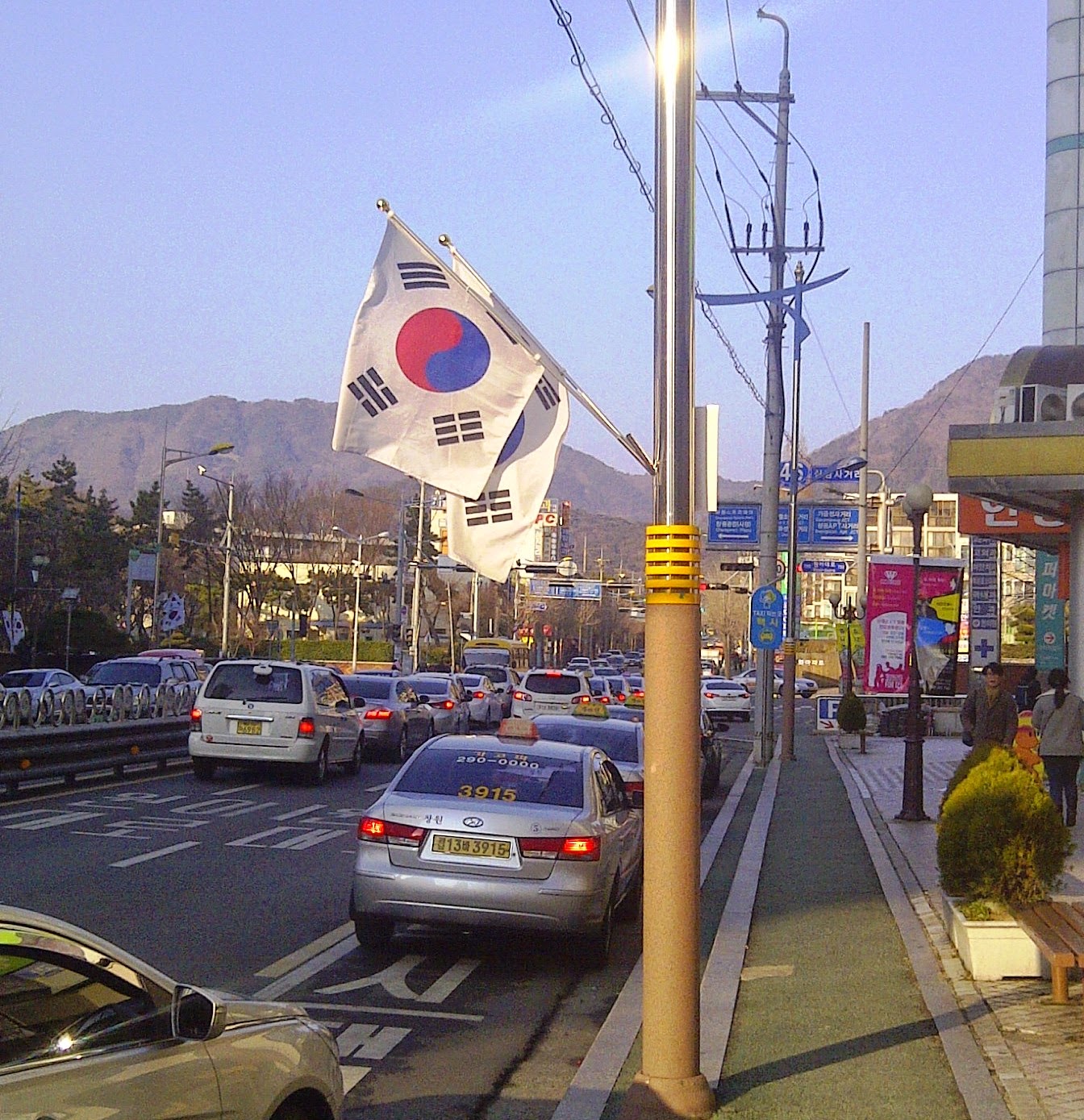