Re: Moving sale (Refrigerator and...
2 days 19 hours ago
Re: Merida Full Suspension Mountain...
4 days 5 hours ago 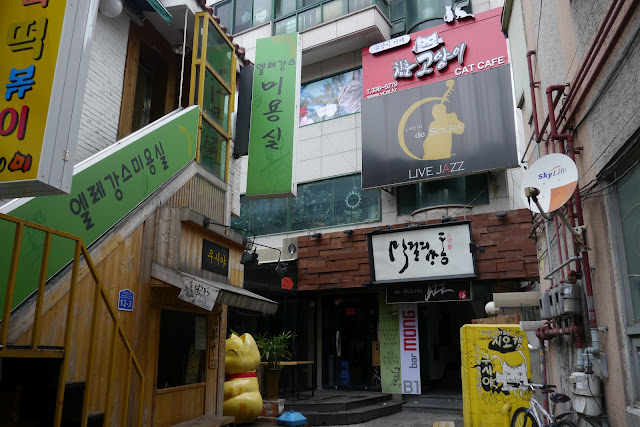 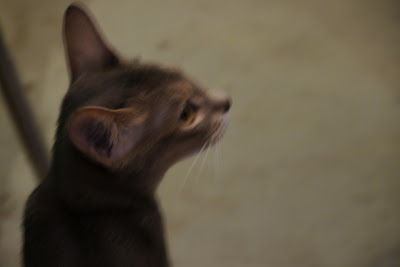 It's amazing how things change over the years, and that you can reflect on these nuances as time goes by. One such place is the well known cat cafe in Hongdae, which has been known as Gio Cat. I'm not sure when but they changed their name and I am guessing owner, some time ago.

This renewed cat cafe is called Ycat or 천춘고양이, and is located in the same place as Gio Cat in case you need to find it.

There were a few notable changes since 2010, on my last visit. For one the space is opened up more, and you have to but a ticket from a vending machine as your admission. The ticket gets you a drink and a table to park yourself at. Also, it seemed there were a different set of cats and new places for them to climb on. 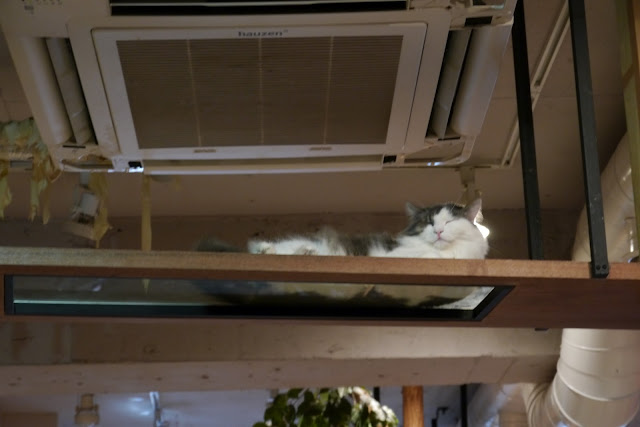 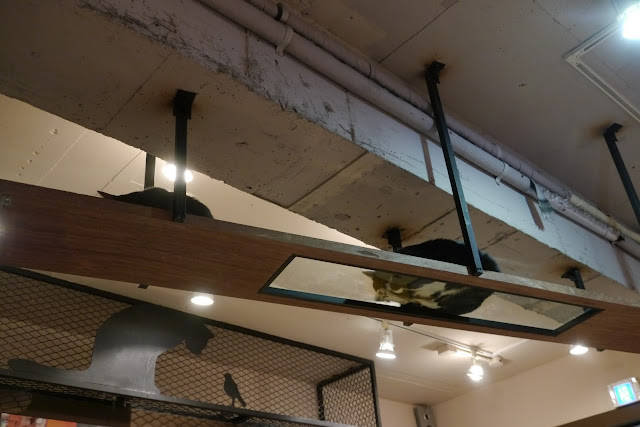 One such new fun place for the cats to enjoy was a ramp attached to the ceiling. I'm thinking this is an ingenious addition as it allows cats who want a break from the petting zoo to catch a few naps alone. 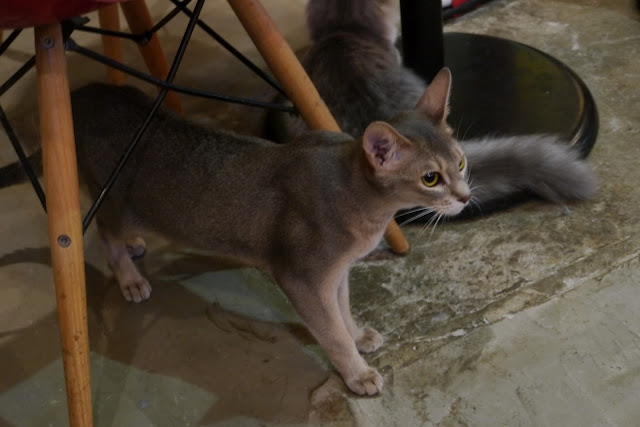 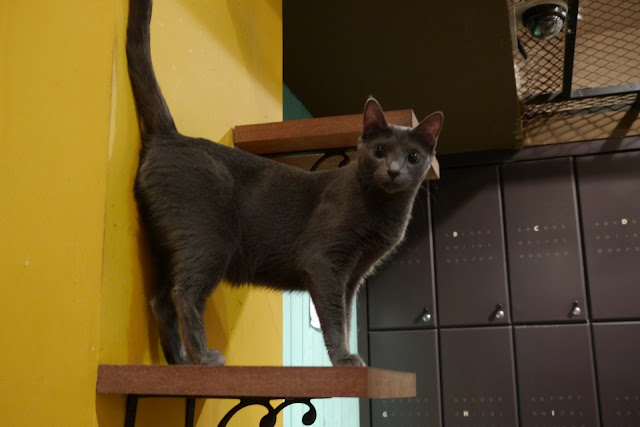 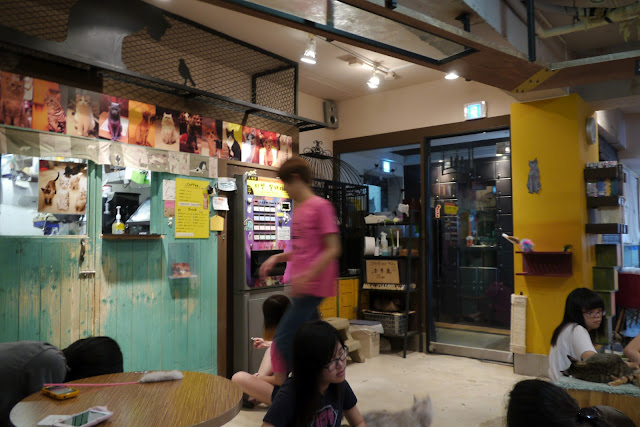 I found these cats to be friendly and gentle amongst the patrons, and didn't mind being the center of attention. You had a variety of short haired cats and a few "munchkin" types with incredibly short legs. 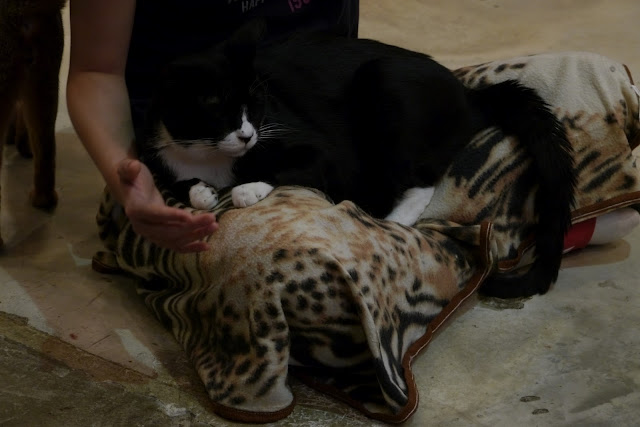 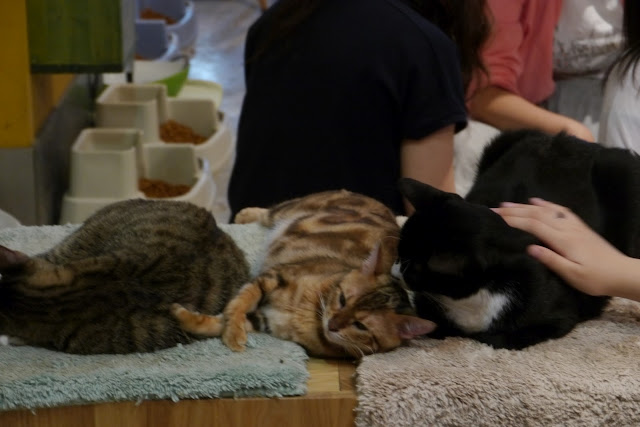 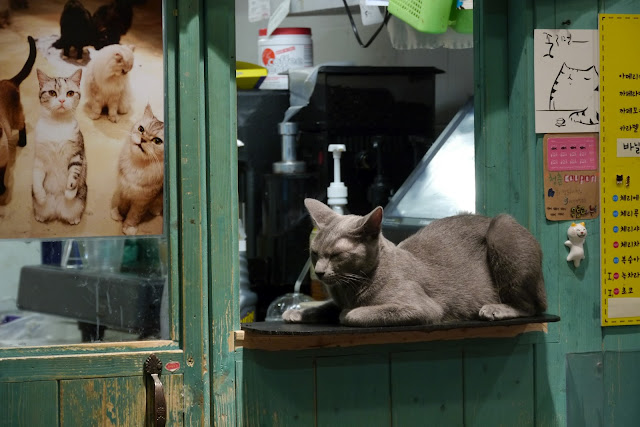 At our table one of the cats plopped itself down, gave itself a bath and began to enjoy a nap. No mind we were there! 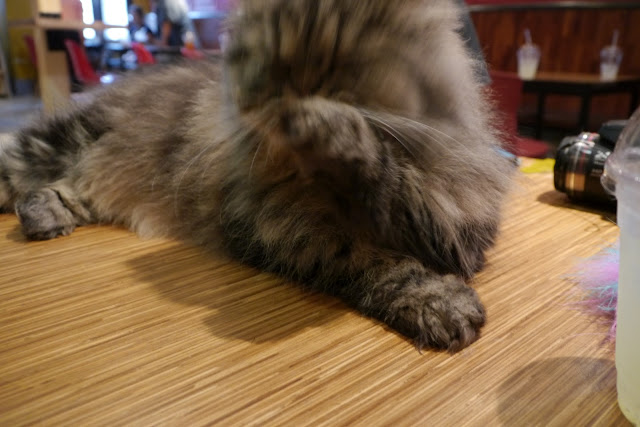 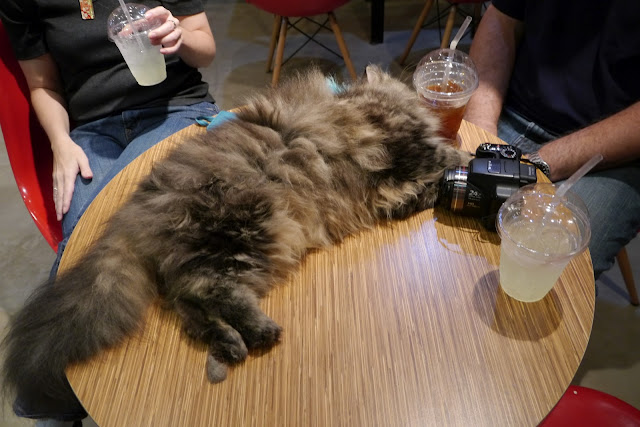 I liked the layout of the back of the cafe, as they had a nice set up of their food and water. Along the back wall were plexiglass enclosures for kittens (or I don't know if this was a kennel set up). 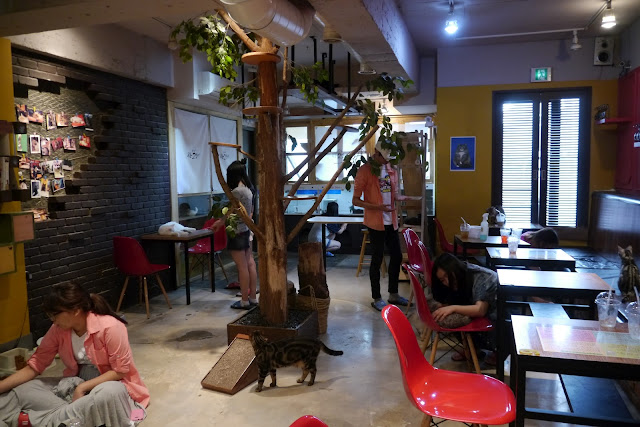 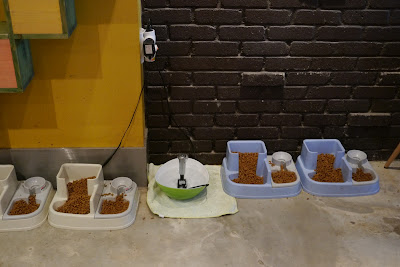 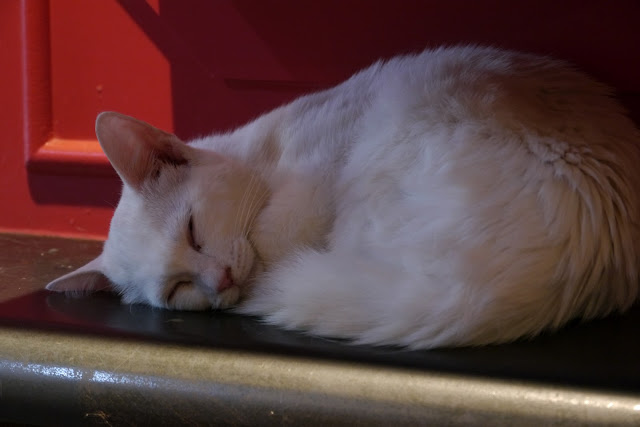 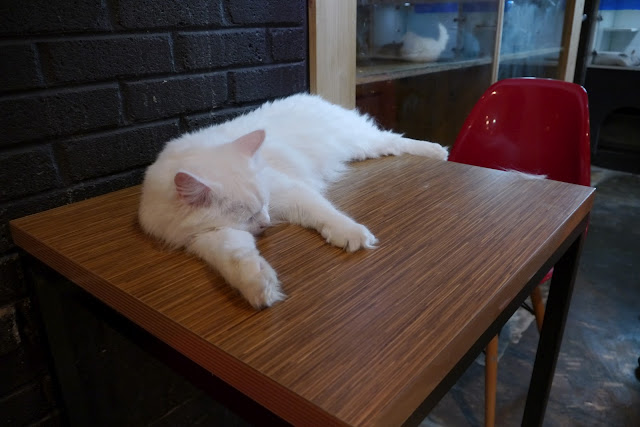 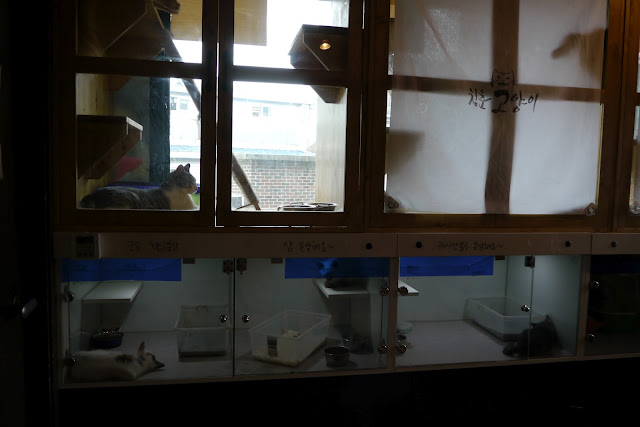 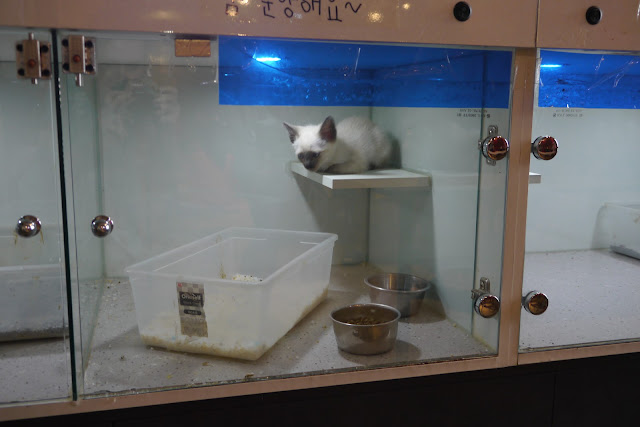 Unfortunately, it seems they have a litter box issue as some cats treated a back corner as a bathroom. I saw the staff getting frustrated over this, and assumed this was a daily occurrence. Litter boxes weren't in sight, and I think were behind a wall with a small opening. I think they will have to consider litter training a few of the cats better, which is hard to do. 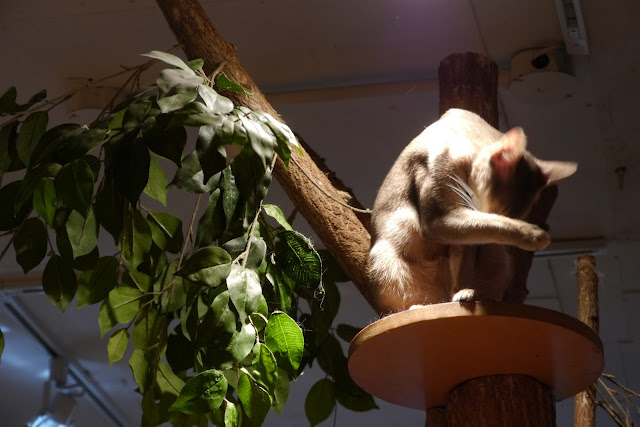 All together the cafe was a nice place to hang out in on a rainy day in Seoul. However, it seems they need to freshen things up a bit more, but I think the cats have a good life there.

So why not head to the cat cafe and have a unique experience in Korea? Follow the directions on my old post, and you should be fine. Generally, it is at the end of an alley near that artsy-crafts park and next to a Smoothie King on the University side of Hongdae.

Some of those fur-balls were so cute, I wanted to take a few home with me! haha