Wed, 09/04/2019 - 05:24 - MattE
Printer-friendly version
Tweet
Back in the 1980s David McCann, now a professor of linguistics at Harvard University began his studies into the Korean Sijo poetic form.  While similar to a haiku, a sijo poem is slightly more complicated. In his article found here on JSTOR, he outlines the structure in full.

The Structure of the Korean Sijo by David R.McCann 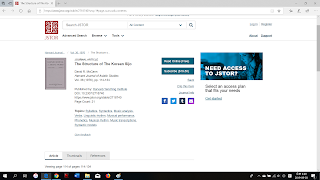