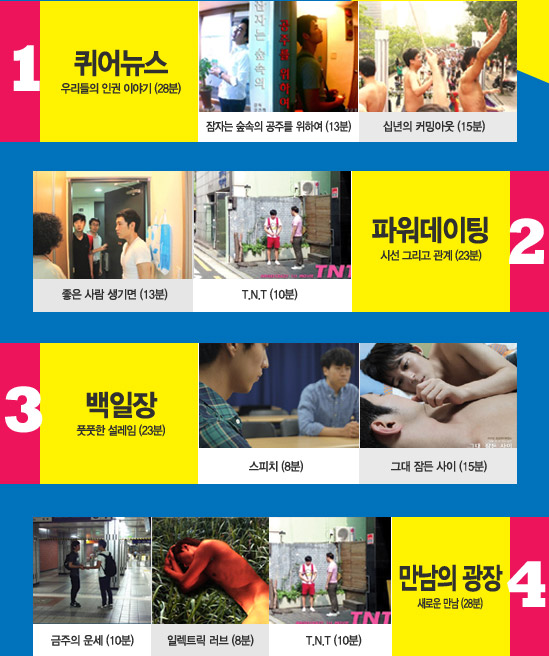 Split into four different themes (Queer News, Power Dating, Literary Works(?) and Public Meeting), the films will be screened in rotation over a twelve hour period. When I saw the films back in September, there were no English subtitles, so I imagine there won't be any on the 22nd either. However, with an intermediate level of Korean you can understand the films.
I wish I could see the films again, especially since the directors are going to be available at certain times for chats and laughs. And drinks (non-alcoholic I'd imagine).  That weekend, however, I'll be flirting with Japanese boys in Osaka. 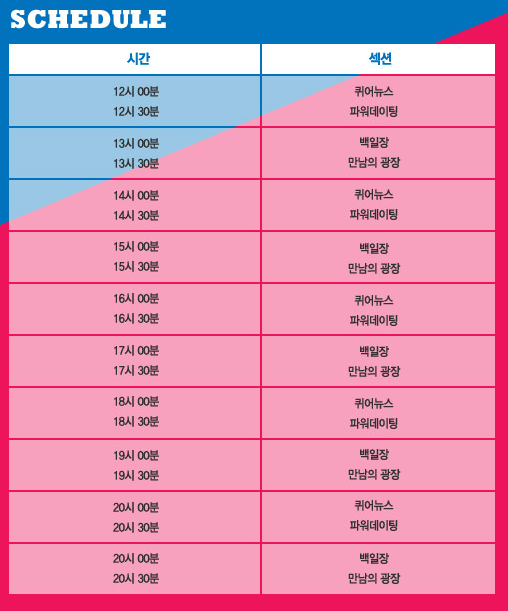 The films are playing at Chingu Sai's building. To get there, go out exit 8 of Jongno 3 Ga and across the street you will see a building with a galbi restaurant. Chingu Sai is on the third floor. A 5000 won donation is expected.