On Sunday afternoon, Aaron and I met Crystal and Anne for lunch on Gwangali Beach and then walked down the beach to Thursday Party where our friend Shryl was setting up a farewell party for the two of them to say goodbye to everyone before they leave for 3 months of traveling and then on to their new teaching jobs at an international school in Guatemala!  I will miss these two like crazy! 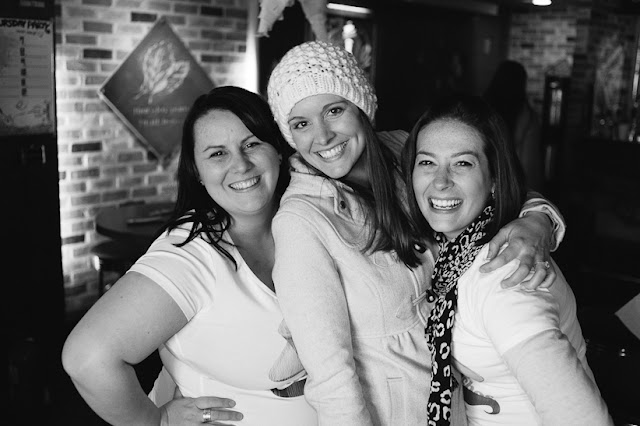 Shryl, on the far right, went ABOVE AND BEYOND to make this send off party super special for Crystal and Anne, from making personalized T-shirts for them, printing pictures and hanging them all over the bar of the girls with their friends, hanging a handmade "We'll miss you" sign, making unbelievable red velvet cupcakes with adorable adornments of Crystal and Anne's pictures, buying pizza and yummy chips, making a personalized cake and even making and filling a pinata!  It was so awesome! 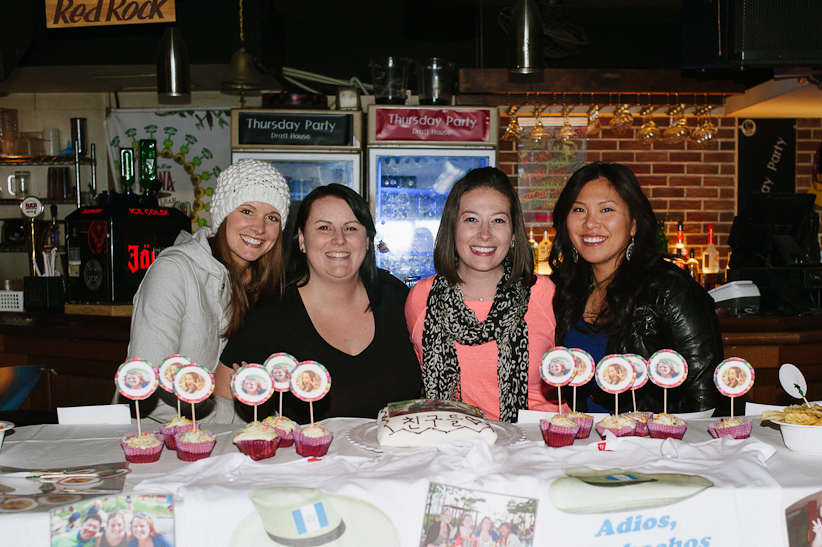 Here are just a few of those awesome 'Shryl details'! 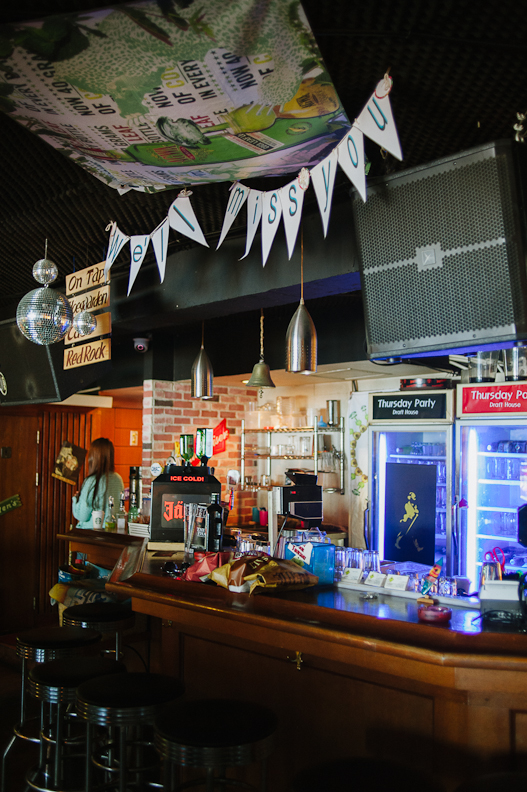 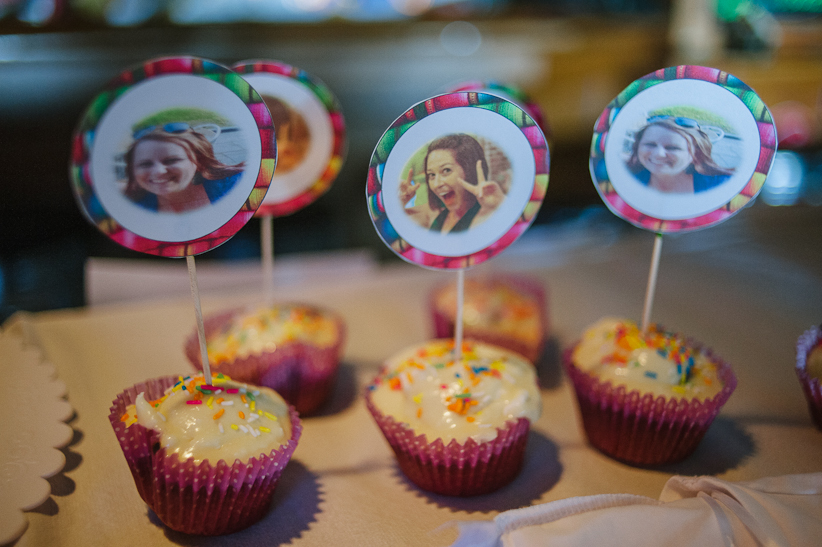 I had to remind Aaron that it wasn't his pinata!  What is it with boys wanting to break stuff!? 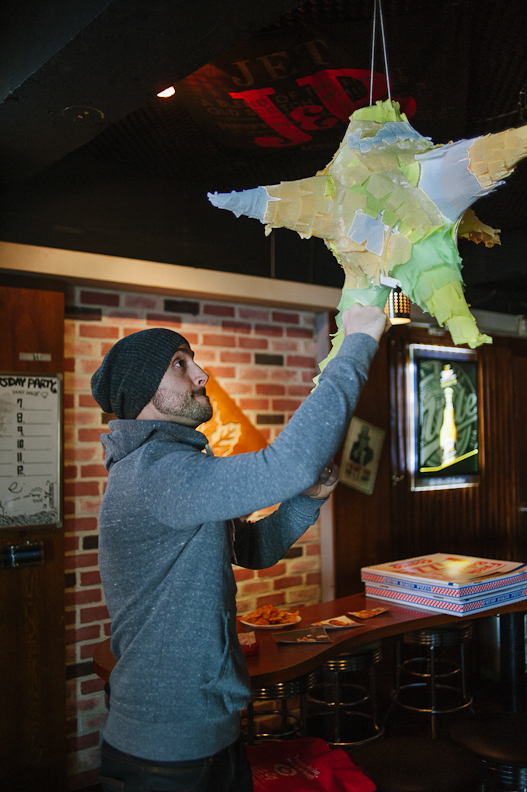 Shryl actually melted marshmallows to make the coating of this cake and Anne's boyfriend Jinho actually wrote the message, which when translated, says: "Goodye guys/friends" 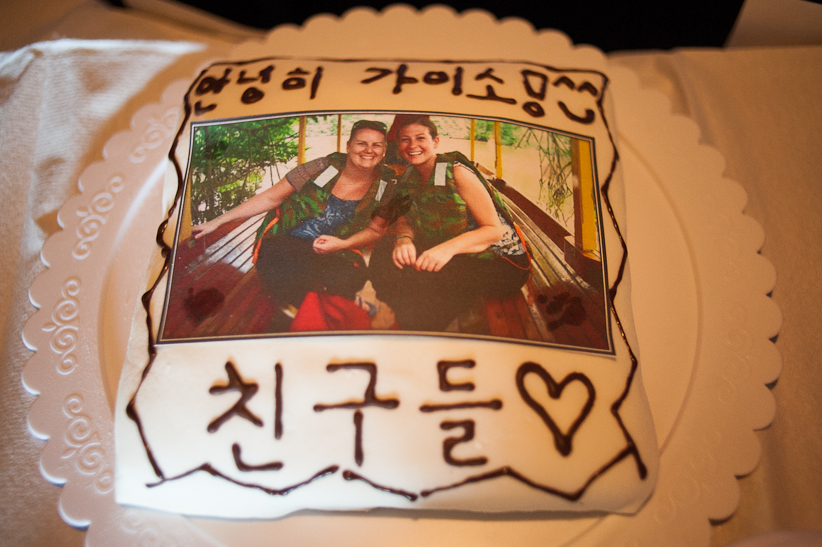 Thursday Party has been a home away from home for Crystal and Anne over the 4 years, not because they're alcoholics (because they certainly are not) but because they've bonded with the owner, the manager and the many many awesome Korean workers here.  Fionna, the bar's manager actually opened the bar early (just for the party)!  She's so sweet! 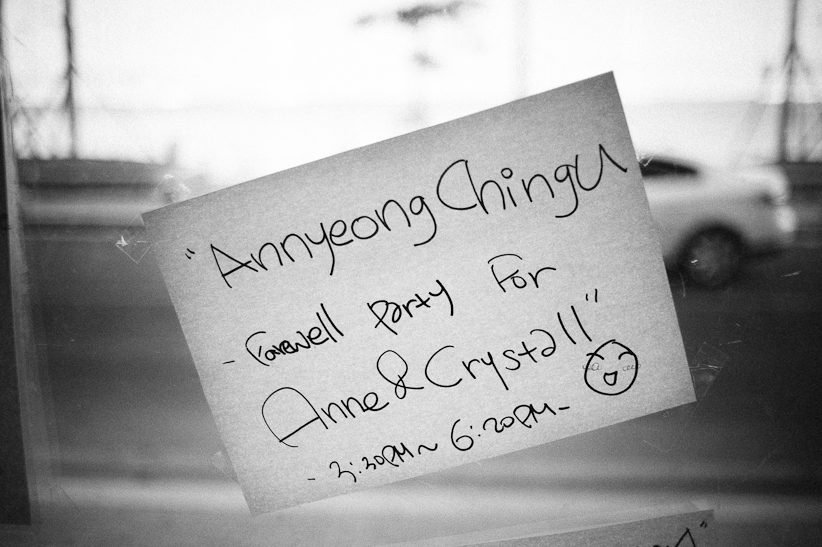 Enjoy the photos from a great party, filled with lots of laughter, delicious food, and sadly, too many goodbye's!  Love you guys! 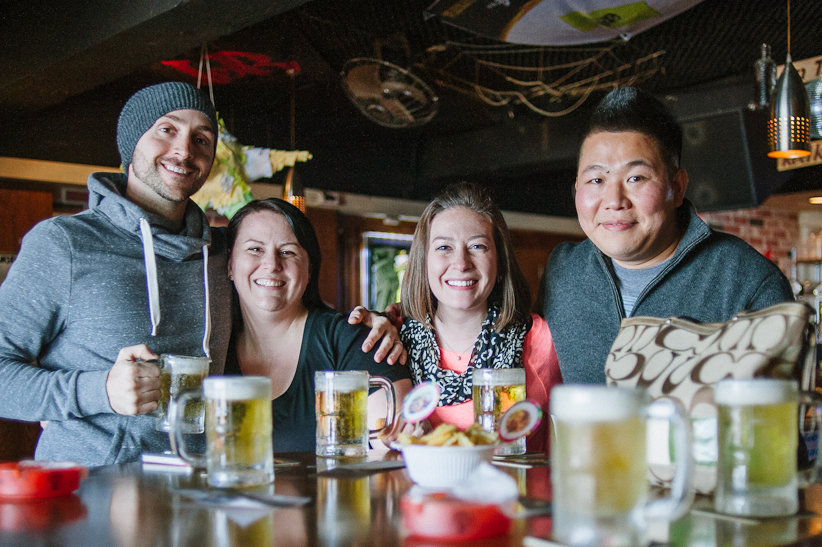 Even Ranger came out to say goodbye! 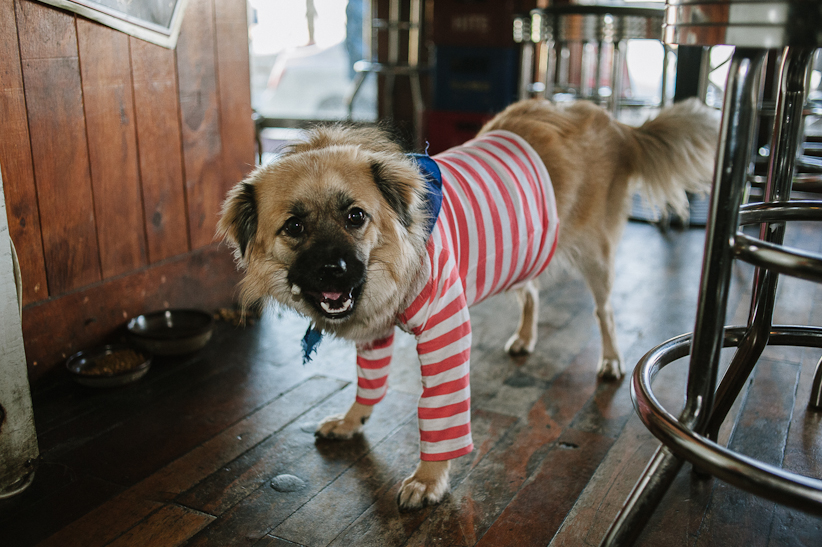 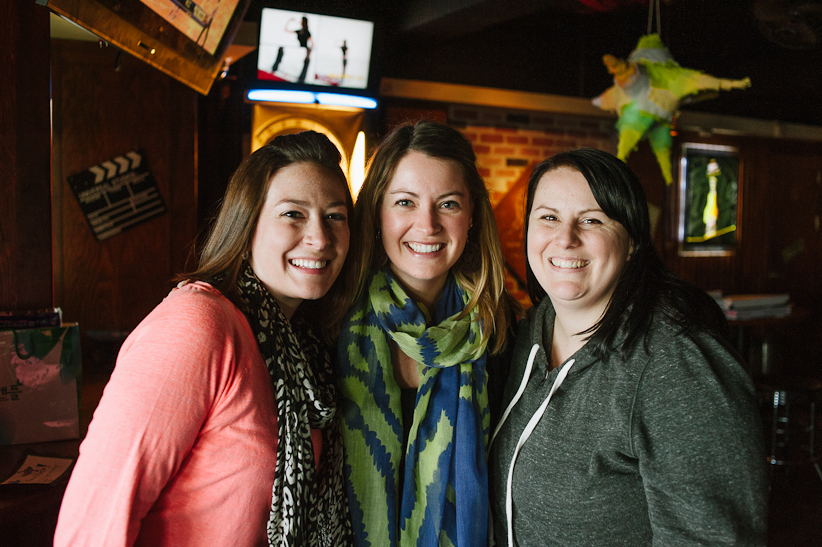 Maggie and her boyfriend used to work at the International School where Anne and Crystal are going to be teaching at starting in August... in Guatemala!  So, she made the two girls the MOST adorable handmade books of things to see, places to go, foods to eat, etc! 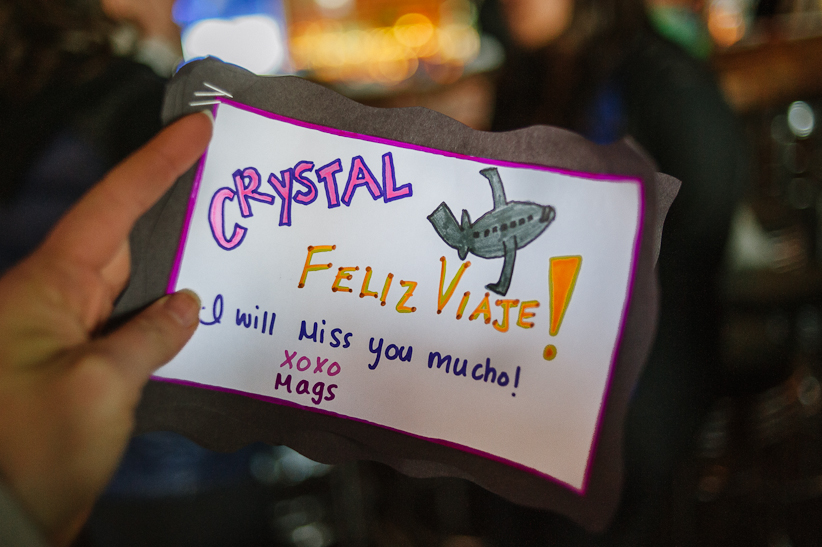 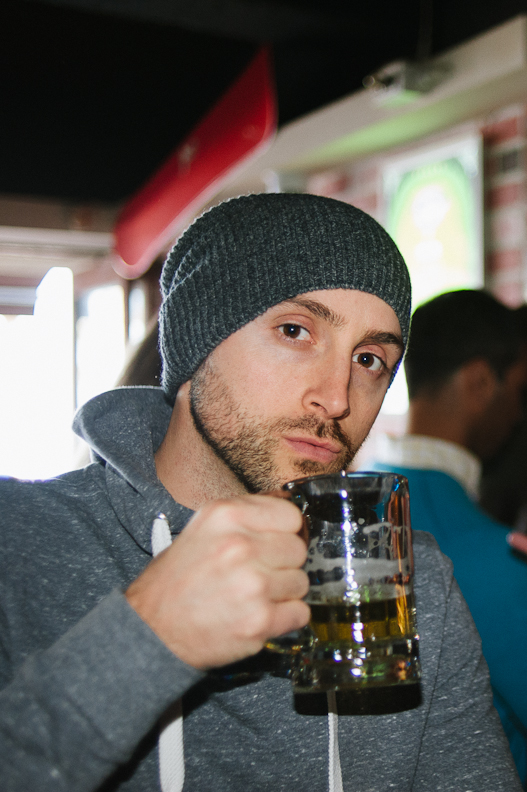 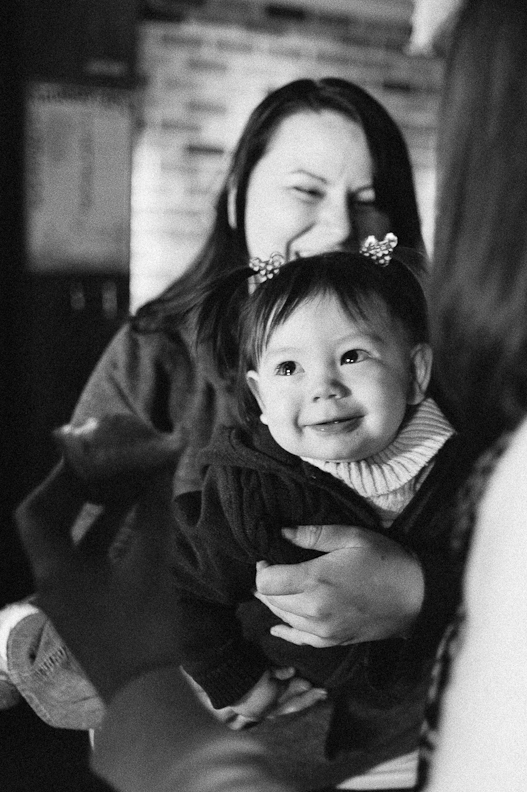 Anne brought her ipad mini and asked everyone to come up and take some pictures with photobooth, like a "guest book"!  Aaron and I were practically crying laughing taking these ridiculous pictures!  I personally love this one! 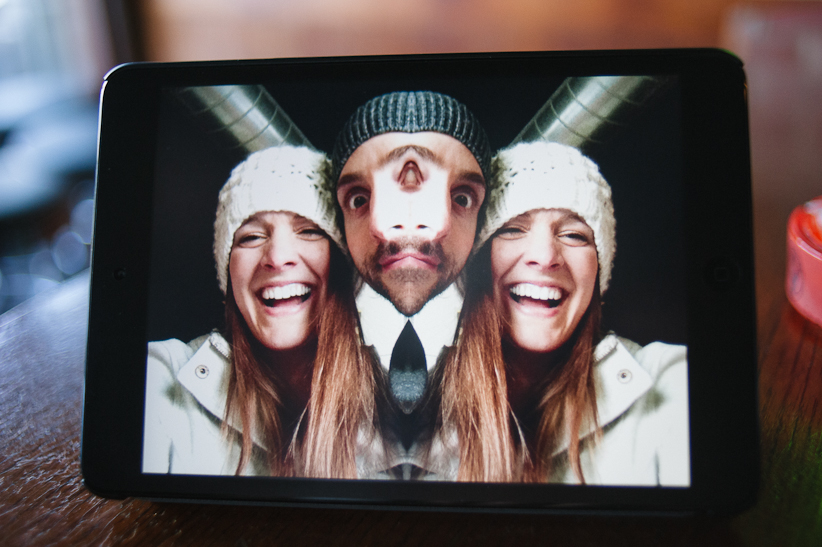 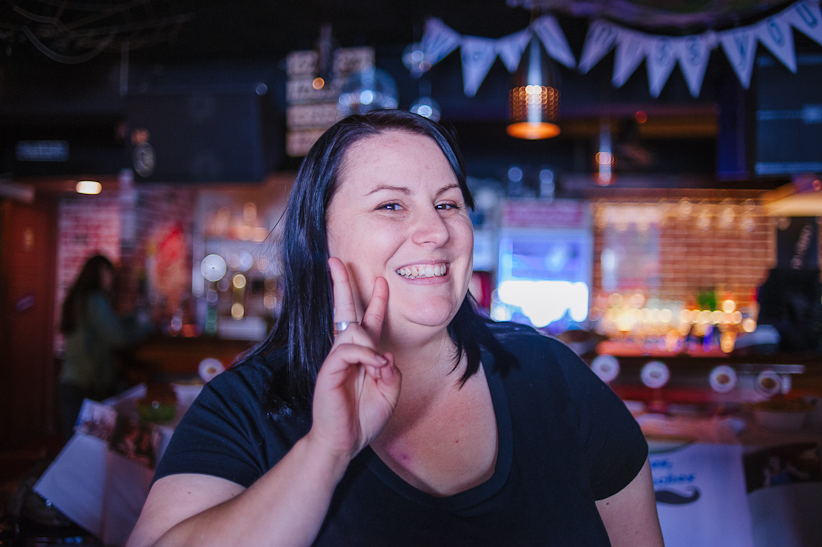 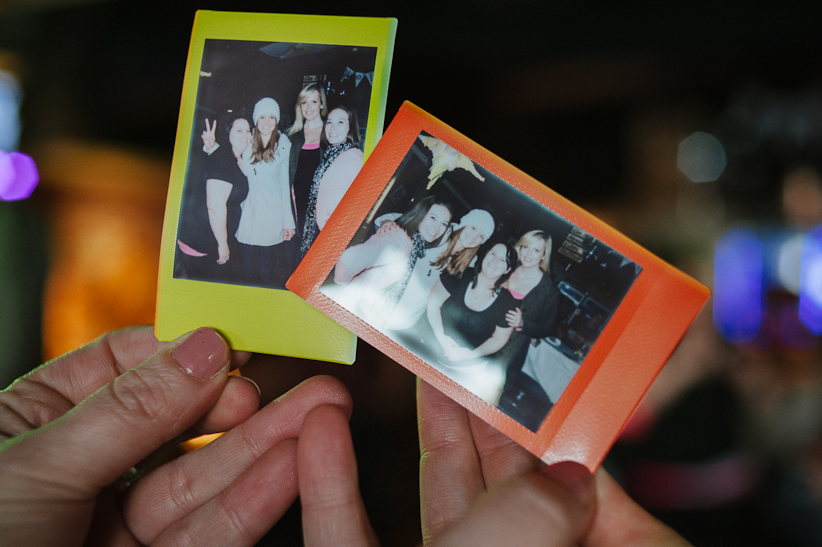 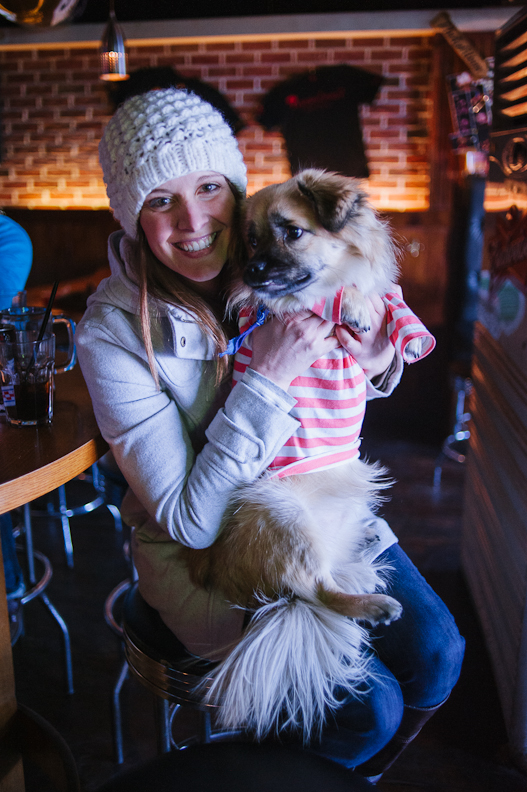 The weather was gorgeous and since Thursday Party is right across from the beach, Aaron, Gill and I walked outside to get a couple photos together!  My sweet, sweet Gilly flowers. 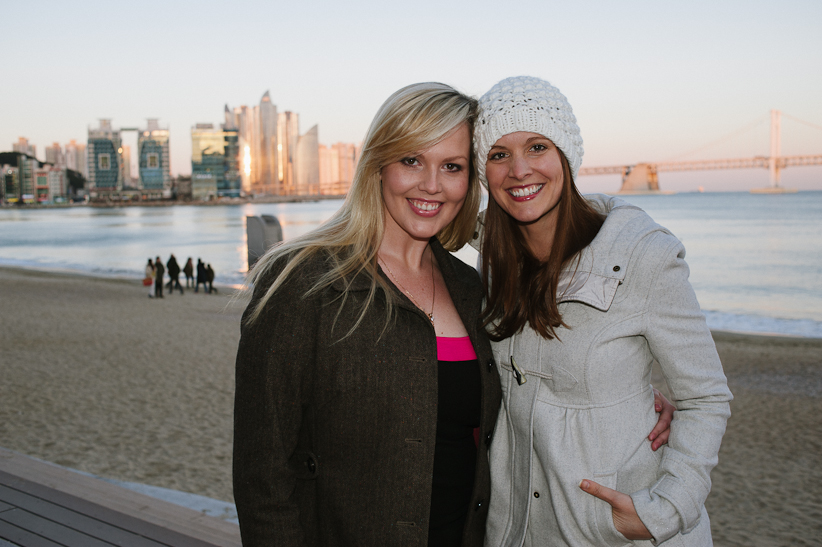 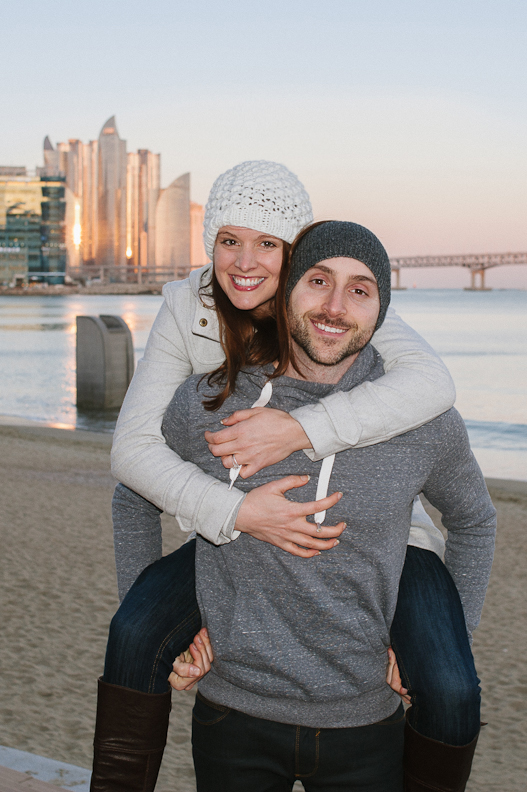 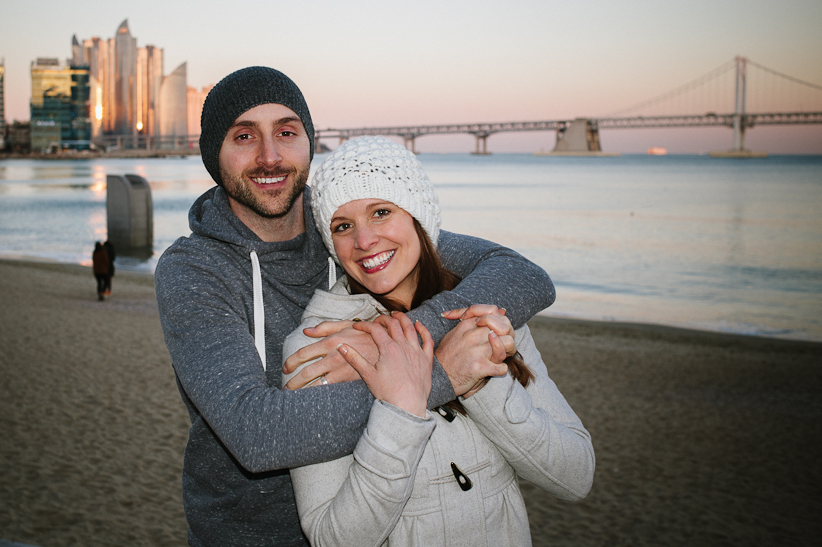 When we got back from the beach, everyone was excited for the pinata... especially Maggie! 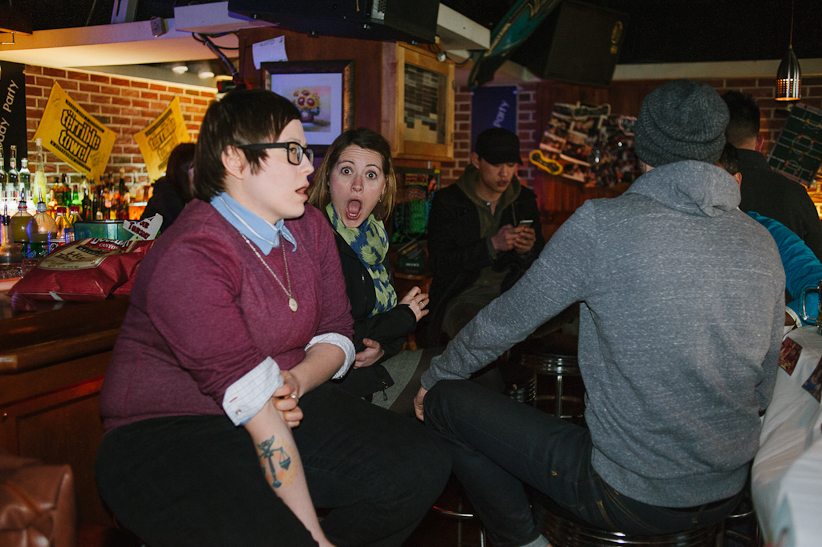 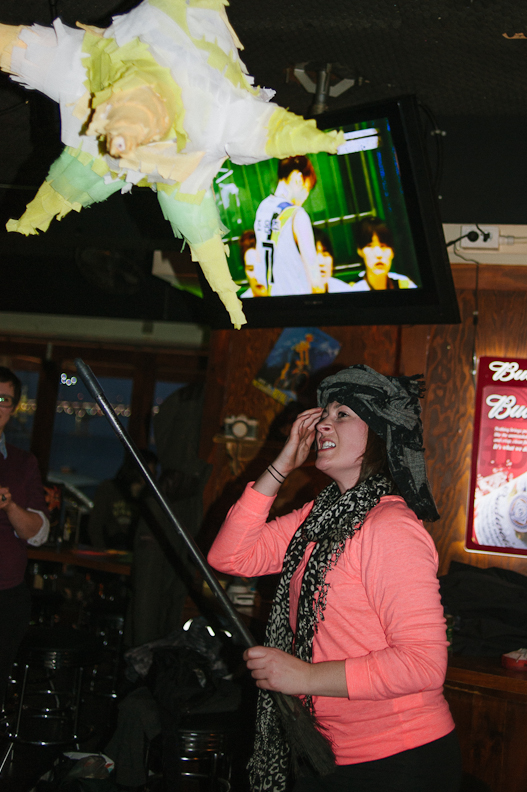 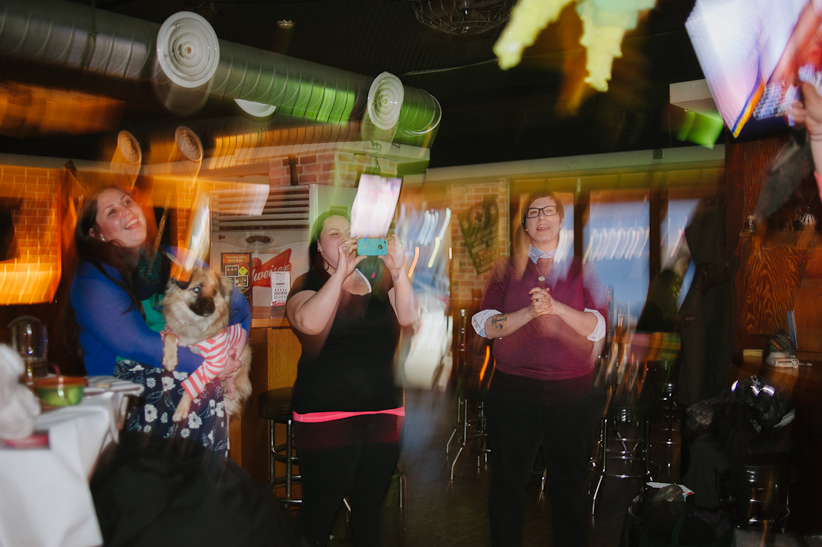 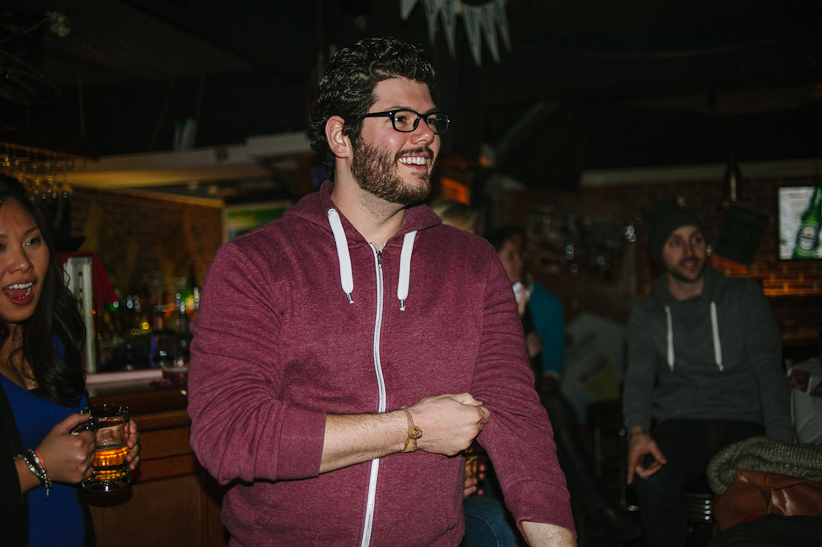 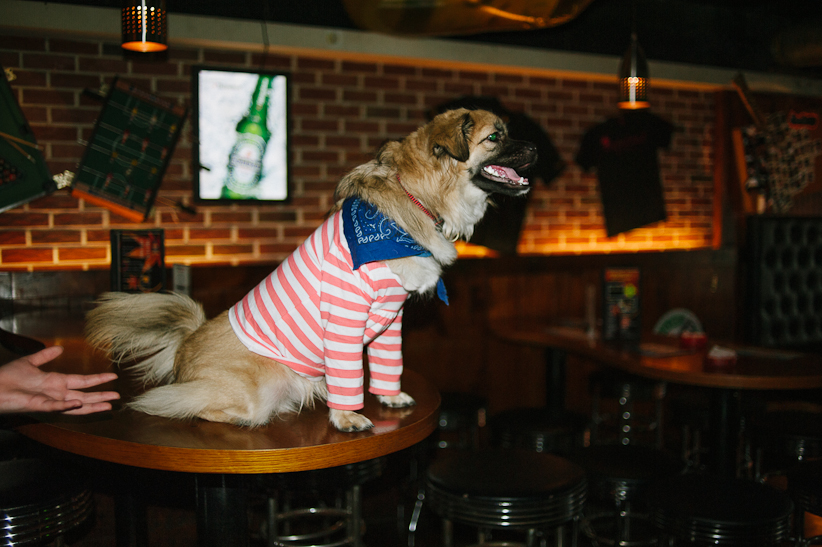 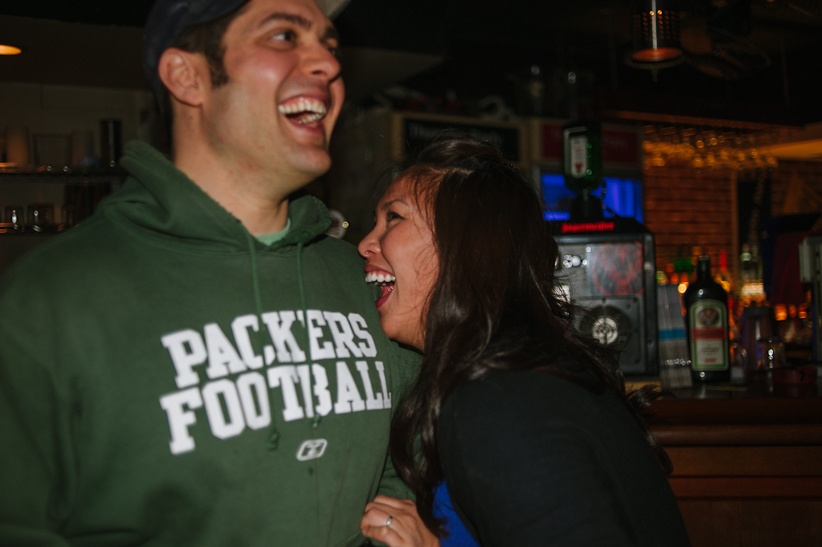 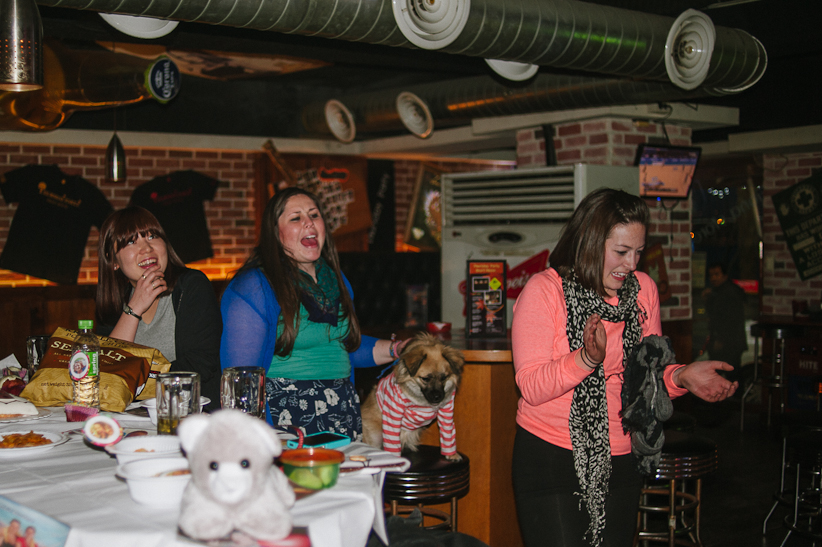 Eventually all great things must come to an end.... So, I reluctantly bid farewell to the Gwangan Bridge, which I'd spent 4 years admiring and lounging on it's beach.... 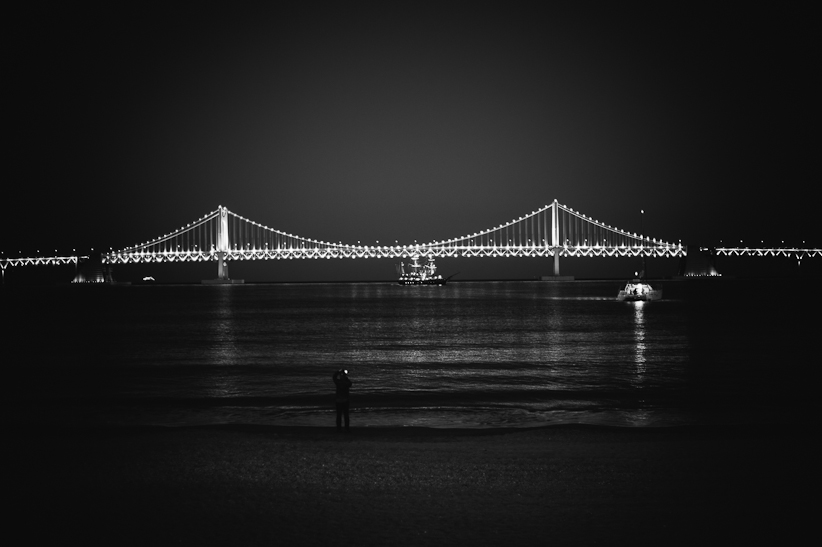 ... and Gwangali Beach, which I swear is twice as bright as when I arrived in Korea back in 2009!  There's just nothing like this place, and I'm sure I'll lay in my American bed sometimes, dreaming of being here again one day!

... and I bid farewell to Thursday Party, where I've spent many fun Saturday's afternoons together with this group of girls, where I met Gill for the first time, and where I spent part of my bachelorette party! Lots of memories at this little joint on the beach. 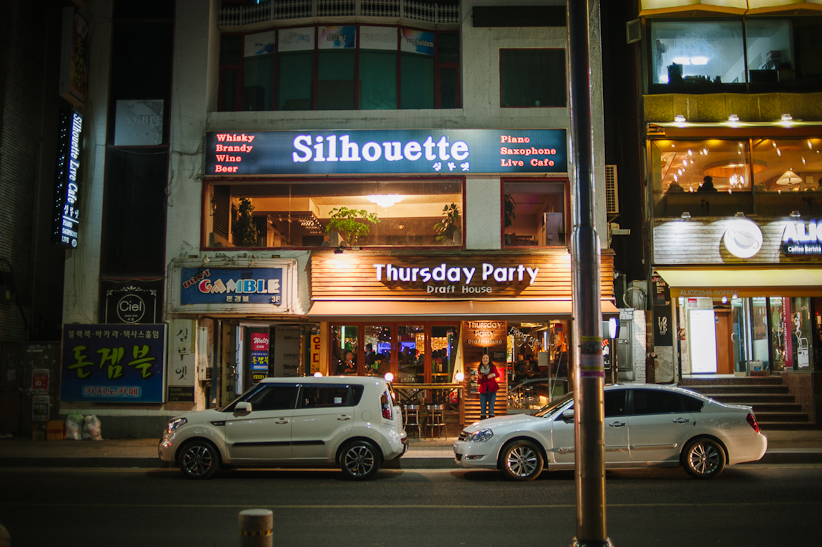 and last but not least... I bid farewell to 3 of my closest friends in Korea!   Gilly, Crystal and Anne, you have made my life more full, more fun, more exciting and more rich!  You three are the real deal and I'll always miss you! 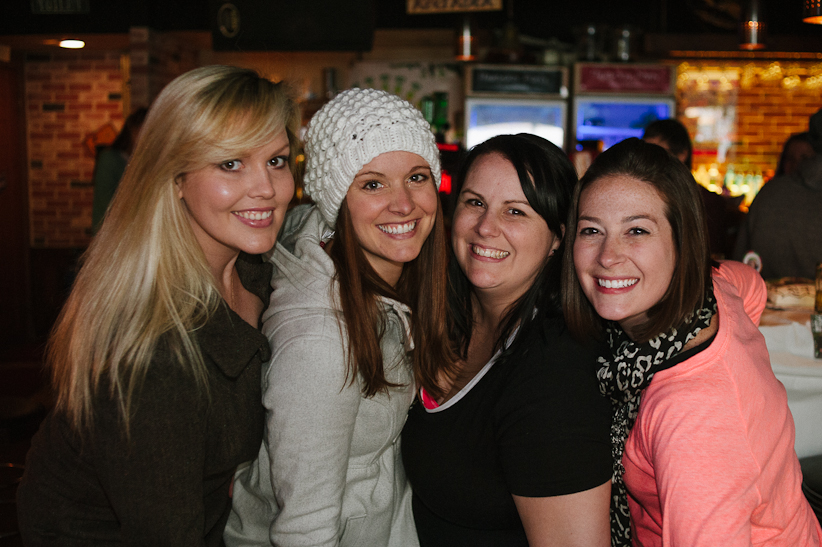 As Aaron and I were jumping into a taxi, he mentioned how it feels like the end of an era.  Which, it definitely does....  the end of an incredible era filled with REAL friends, adventures galore, great jobs, a very cozy home, new and exciting food, a new language, adorable (and sometimes not so adorable) students, co-teachers close enough to be sisters, and a love story born and bred between 2 people meant for each other!  I'd say it was a pretty darn awesome era!  And so for that, we celebrate the end of an era and the beginning of a new one, hopefully just as incredible!