This morning, I was awakened by the clinking of chopsticks and my parents-in-law’s conversation over breakfast. If it had been an ordinary day, I would have hit the hay again, but today is Parent’s Day and I had to get up to greet them. I set the alarm at 7 before going to bed last night, because that’s the time my in-laws usually wake up, but they got up pretty early. It was a few minutes past 6 when I heard them in the dining room. I woke up my husband who was snoring louder than a lawnmower, hastened to change, washed my face and brushed my teeth. By the time, I was done, my father-in-law had already put on his jacket and was heading out for work. My mother-in-law, on the other hand, was tidying up the dining table. I greeted them good morning. They were probably wondering why I was up so early. I told them that I was going to the hospital which was actually true, but the real reason why I was scurrying out of the bedroom was because I wanted to be the first to pin carnation boutonnieres on their shirts. The tradition of giving carnations during Parents’ Day in Korea typifies respect and gratitude for parents.

At school, students make paper carnations and cards to give to their parents. A day before the occasion, you can already find carnation bouquets being sold on the streets or in various shops and convenience stores. Bakeries sell cakes in the semblance of a carnation like this lovely ice cream cake from Baskin Robbins: 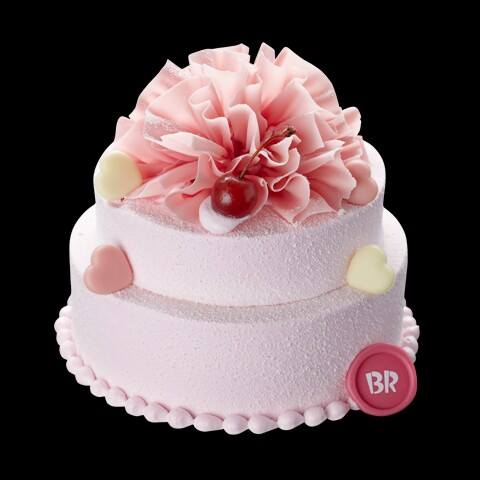 Cosmetic shops and department stores display Parents’ Day gift sets. Restaurants offer promos. Parents are usually given lavish presents or money, treated to dinner or pampered in the salon. On our way to the hospital, most of the big restaurants we passed by were full. In the department store, we saw a couple of parents and their adult children shopping together. I suddenly remembered my Mom. How I miss her. On Mothers’ Day, I take her shopping, too.

May 8 was originally Mother’s Day in Korea, but after some time, it became Parents’ Day (어버이 날 ). The occasion was altered, so fathers can also be recognized and thanked.

Tonight, my in-laws are going to have dinner with the family. My husband and I won’t be there, because we have to go to work, but I’m glad that we were the first to greet them today and tell them that we appreciate everything they have done for us. I rarely tell my parents-in-law that I love them, though I really do. When I told them “사랑합니다, 어머님… 아버님” (I love you, Omonim… Abonim.) as I hugged them this morning, their face lit up. My parents-in-law and I have lived together for four years, and though our relationship is not near to perfect, I believe that we have learned to truly appreciate one another. They care about me like parents to a daughter and I am grateful for their love. I may not be an outstanding 며느리 (daughter-in-law), but I try my best to show them that I also care about them the way a daughter cares for her parents.