Fri, 04/01/2016 - 15:22 - SeoulSearching
Tweet
It’s no secret that South Korea has an ever-growing taste for the finer things in life. Just pop into any department store, or take a stroll through one of Seoul’s shopping districts to witness first-hand the nation’s obsession with luxury.
Unsurprisingly, the country is also one of the world’s fastest-growing jewelry and watch markets, which is why the Korea International Jewelry and Watch Fair (aka Jewelry Fair Korea) has had much success since its establishment.

Wed, 11/11/2015 - 11:51 - SeoulSearching
Tweet
South Korea's English and Chinese radio station tbs eFM (101.3Mhz) will hold an annual concert on Tuesday, December 1, 2015 to mark its seventh anniversary. This year’s concert theme will be gugak, traditional Korean music, and will be performed under the title "Seven Colors of Gugak."

Sun, 02/01/2015 - 10:45 - SeoulSearching
Tweet
There's plenty going on this month in Seoul and around the peninsula. Below are the events and exhibits that seem particularly interesting. Check them out! 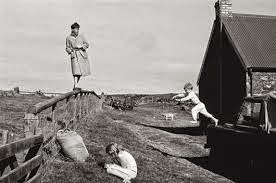 In the spirit of the upcoming holidays, I have decided to change things up a bit and challenge all of you to participate in a fundraising campaign I've started with LiNK, or Liberty in North Korea. After all, 'tis the season for giving.

And while many people around the world need our help, North Korean refugees are a noteworthy group. Lacking basic human rights and needs, thousands of citizens attempt to flee the country each year only to be captured and killed, tortured or sent to labor camps. Those that do manage to escape are often captured by Chinese nationals, and are exploited, abused, or sold into the sex trade along the 3,000-mile journey to a safer country.

Wed, 10/16/2013 - 20:39 - SeoulSearching
Tweet
The excitement is palpable, as it always is just before any dance competition.  Upbeat Latin tunes echo through a hall of dressing rooms that buzz with giddy conversations in a number of languages. Inside, flamboyantly dressed men ensure that every tassel of their costumes are in place while their female partners apply thick eyeliner and bright lipstick.  Nearby, nervous teams rehearse choreographed moves a final time before the show begins.

It is a scene one might expect to see in Bogota, Havana, or even New York City.  But this is Seoul, South Korea, an unexpected locale for a salsa competition.  Yet, Latin dance fever has taken over one of Asia's biggest cities and this year's Asia Latin Music & Salsa Festival proves it.

Dancers from all corners of the globe have flocked to Seoul to compete for the $11,000 first prize and refuse to return to their home countries without bringing their best to the stage.

There's no doubt that cartoons are loved all around the world.  Comic books and animated television shows conjure up images of childhood, Saturday mornings, and spent allowances.  Yet, there are few places where cartoon culture is as prevalent as Eastern Asia.  In Korea, comics are taken to a whole new extreme.

Mon, 09/24/2012 - 21:50 - SeoulSearching
Tweet
I won't try to pretend that I'm an art enthusiast.  I'm not.  Sure, I enjoy going to museums and looking at paintings and sculptures and photographs, but I've always been the type of person that is entertained by these types of art rather than moved or inspired by them.  I wish I could say that a splatter of paint is enough to make me contemplate the complexities of life, but it isn't.  Which is why I was incredibly surprised to find myself deep in thought at the Spell On You exhibit at the Seoul Museum of Art this past weekend.

Thu, 08/09/2012 - 20:34 - SeoulSearching
Tweet
Korea wasn't always an incredibly modern, high tech, "bbali, bbali" ("hurry, hurry") country. In fact, back in the day before it was a nation of Samsung and skyscrapers, its residents preferred a simpler, slower paced lifestyle.

I remember when this fact was first brought to my attention last year. I was walking with a Korean friend amongst the trees on Namsan Mountain. The leaves were beginning to change colors and an early autumn wind blew up the trail on which we were walking. We sat down on a traditional wooden gazebo like the ones that are commonly found in parks and outdoor resting places throughout Korea. As I was taking in the scenery, my friend informed me that gazebos like the one we were resting on were originally used by the royal and noble classes of the former dynasties. There, they would recite poetry, drink tea (and alcohol, I'm sure), play music, and dance all the while having a 360 degree view of the environment surrounding them.