Protectors of an Ancient Time

Today, we have satellites, aircraft, bombs, guns – a whole slew of modern warfare technology that countries use to protect themselves from other nations.

But in ancient times, the only thing that separated people from a potential invasion or destruction by a foreign nation or their soldiers was a simple brick and mud wall.

These defense walls were the common protectors of cities and sovereign lands in ancient times. We can see the remanence of them all over the world – from The Great Wall of China to The Walls of Constantinople in Turkey.

Which brings me to the Seoul Fortress Wall.

Sat, 03/23/2013 - 17:20 - SeoulSearching
Tweet
There's no question that Seoul is a city for art lovers.  From internationally renowned museums to obscure independent galleries, there's a space dedicated to just about every genre and medium of visual art.  But it's not only in galleries that masterpieces can be found in the Korean capital.

Urban art, also known as street art, is becomming more common throughout university neighborhoods like Hongdae and Shinchon.  Many of the murals that can be found in these areas are expressive and offer insight into Korean culture.  Still, few of these art spaces are as unique and aesthetic as those in Naksan Park in northern Seoul.

Thu, 09/15/2011 - 23:43 - Seoulsome Girl
Tweet
Over at the east coast there's a great selection of places to visit. Among these is Naksan Temple. It's set on the edge of the ocean near to Yangyang. There's fantastic architecture combined  great views out to sea. Walking around the temple with the fresh sea breeze feels great. It's the kind of tranquility that you just don't find in Seoul.﻿ 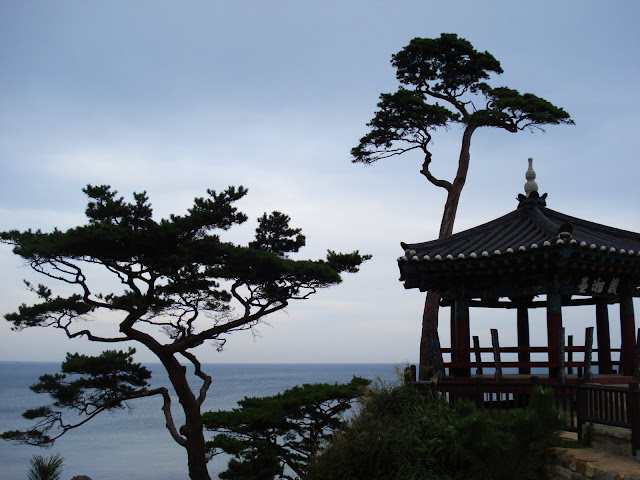