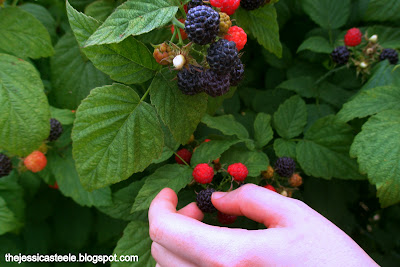 Basically, the 45 foreigners provided live  entertainment for the small town of Geochang for the entire weekend. We were followed everywhere by Koreans and their cameras. An amusing weekend, indeed.


After a 3-hour bus ride from Seoul, we landed in Geochang. We began the day by enjoying some traditional Korean games and sampling the local black raspberries, one of Geochang's best-known exports.