From autumn wind, the sky becomes a dream
While naked branches dance, mad with the sound
Of raindrops pelting gently on the road

In dream, I run along the road—with silent steps that never leave a sound.
This one was, surprisingly, not as difficult as I'd anticipated. It's a variation on the sestina, a tritina, which uses a set of repeating words and usually iambic pentameter. Apparently all I write about these days is my hometown, the good old Northwest US of A. Plus, it gave me a chance to be sneaky about my 3rd word. :3

Things you must do in Korea during Summer Holiday

♬Hot summer. Hot, hot, summer, summer♬ Like the lyrics of f(x)’s song “Hot Summer,” it is speechlessly hot in Korea. Some people in Jeju even make a joke that Jeju is “Jefrica” now. However, it doesn’t mean that you have nothing to enjoy but the cool breeze from an air conditioner at home. We’ve prepared Summer fun to enjoy that can be hard to find in other seasons.

Breath in the water: Sea walking experience in Jeju

Sea walking is a sport that literally allows you to walk on the sea bed without any special skills. With a helmet connected with a hose that provides oxygen sufficiently, participants can walk under the sea, holding a rope to maintain the balance in the sea. Usually, the helmet prevents the face and hairs from getting wet, while giving a clear view of the ocean filled with marine wonders through glasses attached on the helmet.

One of our Trazy users, Leena W, went sea walking in Jeju Island. Let’s follow her story of becoming a little mermaid by sea walking. 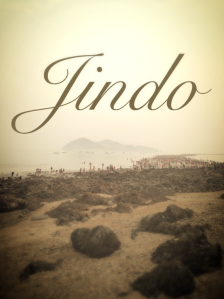 The ferry made its way out of a bustling Busan Bay on that bright Monday morning. As they passed through the heads, the waves had already begun to get bigger. Nev raised his eye brows to see if Yuki was bothered.

“You would expect the waves to get bigger as we go, wouldn’t you?” she said.

Yuki whispered that most of the Korean tourists were off on a once in a lifetime trip. They watched as many of them ate, drank and laughed voraciously. They were devouring pork filled buns, bundles of sticky rice and biscuits while drinking copious amounts of wicked Korean soju.

The Japanese staff were polite and friendly in their own detached way. Once all the tickets had been checked, they sat fully upright in the staff chairs, gazing past the faces of the passengers, towards the bow, with soft eyes.

Thu, 04/17/2014 - 00:39 - conor_o_reilly
Tweet
To look at a map of colonial Asia is to see many colours. It is one with lines, shaded areas, dots on maps. These signify territories, treaty ports, zones of influence, railways, and other new introductions to a previously monarchical, rudimentary culture which had, in many respects developed of its own accord for thousands of […]

It’s All in the Blue

Whenever I arrive in Jumunjin (home of Herself if you’re not already in the know), one of the first things I always look to do is to go down to the beach. This would make sense to most people as a goal when you arrive in a coastal town, right? But I like to think I’m different because I do it regardless of the weather.

This weekend we had some plans that fell through. Suddenly it was mid-afternoon on a Saturday, and it was surprisingly nice weather for rainy season. We decided to quickly leave while the sun was still out, and we made our way to the opposite end of Busan by subway.

Living outside of the city means there’s still a lot we haven’t seen. Since winter ended, we’ve been trying to change that! It is pretty far away from Yangsan, about an hour on Line 2. From there I’d say we walked about 30 minutes to the start of the trail, but we meandered a bit to enjoy the views and take photos. Here’s the map we found online!