Even after living in Korea for a year and a half, I still have these wonderful moments where all I can say is “I Love Korea”.  I’ve been out exploring some of Korea’s islands the past few days which provided quite a few of these moments, so here are some of my favorites:

Down near SangJu Beach in Namehae we found two old carnival rides sitting on a lot.  And for some unexplainable reason the famous ride “Supertagadisco” had some very famous faces.

FALLing in Love with Korea in Autumn

There's a crispness in the air that whispers fall is close.  So close, in fact, that the first hints of autumn colors can be seen streaking the mostly verdant leaves that canopy the green spaces of Seoul. The aroma of roasting chestnuts permeates the busy streets downtown.  Sweaters take over the storefronts of Myeongdong, Dongdaemun, and Sinsa, the shopping havens of the city.

You see, there's something about autumn that makes my heart beat a little faster.  There always has been.  When I lived in America, it was tailgating and trick-or-treating that did it for me.  But here, in Korea, there are a number of things that instill a sense of infatuation deep within me that keep me waiting for this beautiful season every year.

Today we had a Snow Day!!  Just kidding, it was a Typhoon Day!  But for a Hoosier like me who did not grow up with Hurricanes, or Typhoons, a random day off from school almost always because of snow.  This is my 2nd Typhoon Day this year and since nothing bad happened it is awesome, but chances are we won’t get any snow days.

So since I am in the house avoiding the wind and rain, my 5 Awesomely Awesome Things will be Typhoon themed.

Nara: or That Time I Got Bit by a Deer

Nara, like so many places in Japan, is known for its historical importance.  But, unlike anywhere else in the world, it is also known (to me at least) as the place I got bit by a deer.

When I first arrived in Nara, which was a really short train ride from Kyoto, I kept seeing signs saying that 2010 was Nara’s 1300th anniversary as an imperial capital.  It took my Americanized brain a moment to realize that the signs weren’t talking about the 130th anniversary, but way more impressive- the 1,300th year anniversary.

This weekend I went down to Nampo-Dong with one of my co-workers for some shopping, cupcakes, and reminiscing through my old stomping grounds.  So today’s Awesomely Awesome Things is inspired by the trip.

1. My Old Korean Home!
I loved living on Yeongdo!  I had never lived on an island before and I really got a good one.   Yes there were times I wished I lived closer to more popular parts of town, but for my first year in Korea, I wouldn’t have changed it for the world.  While I didn’t end  up going over to the island this weekend, I did go up to the rooftop garden/skydeck at the Lotte Department Store down in Nampo-dong and got to see my apartment, my old school, and my mountain.

on my bike ride home from work it was just one of those moments where I turn down the street and everything looks perfect.  The sky was blue, the sun was coming out behind a mountain and I was happily gliding down one of the rare wide tree covered avenues of Busan.  I couldn’t ask for more, except maybe less humidity.

Even with the humidity, it really is a beautiful way to end the work day.

From Busan with Love,
Jenna

Thu, 08/16/2012 - 20:02 - The Kimchi Queen
Tweet
Gay Friends in Seoul is having their next meetup on Sunday, August 19th to go hiking on Bukhan mountain in northern Seoul. Hopefully we will run into some cute hikers.

I love traveling.  I love all the new places, experiences, and people travel brings into your life.

I also really love how much going somewhere new inspires me.  Seeing so much beauty with fresh eyes really does inspire me to create new things for myself.  If I could create something with a fraction of the beauty that I have seen and experienced, it would be amazing.

When you live the sort of high profile rockstar diva life that Nicole and I do, its not uncommon to find yourself swarmed with a variety of types that just wanna breathe the same air as you. I know, disgusting. However, being the friendly sorts we are, we’ve welcomed a few of them into our home without a proper invite and instead of making an awkward scene, I’ve spent a little time recently getting to know a few of them. 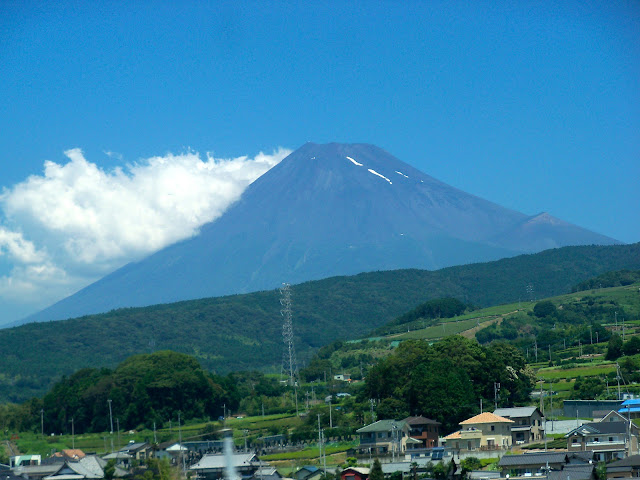 Thanks to my myriad of guide books, and my obsessive Japlanning, I realized on my Shinkansen train ride up from Osaka to Tokyo that there was a good chance of being able to see Japan's most famous peak as the train whizzed past.

Between the stops of Shizuoka and Yokohama sits Mt. Fuji, just waiting, and sometimes hiding.