Editor’s note: The writer of this piece requested anonymity due to the sensitivity of the subject. Any responses can be sent to 3wmseoul@gmail.com

Seeing No Evil–the Case of the Vanishing Wallet

At 2 a.m. on a cold night in late December, I finally decided to enter the Suseo Hyundai Ventureville building, which is attached to Suseo Subway Station and has, among other things, banks, a 24-hour convenience store and sauna, restaurants and shops. I had put myself in this situation by leaving a social engagement in central Seoul a bit late and riding the subway until it stopped, at which point I felt confident that I’d just hail a taxi for the 30-mile ride to my apartment in the bucolic outskirts.

After finishing my undergraduate studies in New England two years ago, I came back home to pursue a career in law. All had been going well, and in November, I was preparing for final exams to finish my second year in law school. But on December 2, most my classmates reported hearing rumors that that the Ministry of Justice had put an embargo on a press conference to be held the next day. Reasons for the embargo had not been given. All we heard was that the conference would be about the phasing-out of the Judicial Exam (aka the Korean Bar).

Korea has seen a shift in awareness of the quality of its produce lately after the Korean Organic Farmers Association (KOFA) reported a high quantity of pesticides used during farming procedures. The misuse has led to the government projection of expending half of the current amount of chemicals in the future. This recent discourse has exposed issues in organic farming in Korea to a wider audience and prompted implications to better suit the county’s unique landscape and improve economic and environmental sustainability. 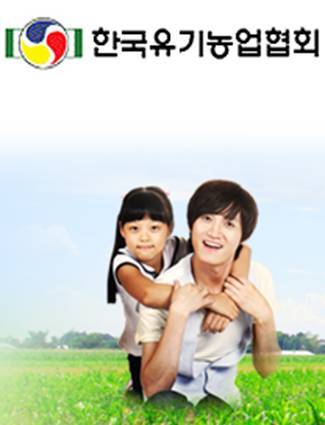 One of the reasons we started 3WM (and DDD before it) was to provide a platform for writers whose work the traditional dailies usually rejected. During this most recent hiatus, through spring and summer of 2015, I have been advising high school students on researching, writing, and submitting op-eds to Korean dailies with the hope of getting them published. The submission process proved confounding and frustrating from the beginning. First, none of the students got any reply from the editors at the Korea Times, the Korea Herald or the JoongAng Daily. Not a “thank you for your submission” or a “at this time we cannot find a place for your work.” Nothing.

Editor’s note: the writer of the following piece required anonymity due to the sensitivity of the subject. Any responses can be sent to 3wmseoul@gmail.com

Why Is Researching Korean Culture Easier in Japan?

I recently came across an awesome blog post from Thought Catalog by Brianna Wiest called 20 Signs You’re Doing Better Than You Think You Are. In my opinion, this post was about fulfillment as much as it was about reflecting on signs that we’re doing better than we think. I believe it applies to ESL teachers who are doing life away from home because normal challenges in life become amplified without our home base of support to fall back on. Over time the smallest things can get you down and make you question how much longer you can stay on the vagabond path. Even more so, maybe it causes some of us to ask ourselves if the decision was even the right one in the first place.

Teaching ESL abroad is a magical experience though, isn’t it?

Korean Judo University (This is Why They WIN!)

You know, it’s a long uphill battle to beat the Koreans in judo. Here’s why. As children, Koreans can enroll in one of the many elementary schools across their country that have designated judo development programs. At a young age they commence their training on a conveyer belt of winning judo standards. And this is just the beginning. They can move on to the same in middle school, and this includes all-girl’s middle schools. Again, at high school age, players are training in judo full time alongside their studies in hopes of gaining entrance to the final level of Korea’s schooling system.

University. This is the final stage before the best of the best are plucked to train in the national program.

In Busan, Korea’s second largest city, there are two universities with judo development teams: This is Dong-Eui University as I showcased early on during my time in Korea. The other university judo program is Dong-A University which is what you see here. Judo teams share large athletic facilities with other sports and martial arts like taekwondo, kendo, boxing, and wrestling at universities like these.

These are no compromise systems training students for careers in physical education, law enforcement, and potentially the highest level of play in the sport. These are the big boys and girls. They have been training in the Korean school judo system since elementary school. That’s a lot of dedicated years.

At universities such as these, students are able to receive a degree in judo instruction and development, or other related degrees such as physical education for public schools.

You don’t want to randori with these kids in your right mind. They are true mat rats who train full time and want to win. Only the best coaches are assigned to these teams and there is immense pressure to produce results.

Make no mistake, this is not local club play. Practice sessions are uchikomi and then an hour and a half of randori 5 days a week with many other high level players. The pool is large and the bench is deep with strong players whose life is judo. Some of the main judo hubs in Korea are Seoul, Gyeonggi-do, Daegu, and Busan.

There is no guesswork in Korean judo. Show up, follow the plan, win a medal. Wash, rinse, repeat. There should be no wonder why we see Korean champions all the time.

The post Korean Judo University (This is Why They WIN!) appeared first on Red Dragon Diaries.