Call them a new band. Call them a bunch of dudes. Call their band name a play on Vonnegut’s satirical novel. But DO NOT call Slaughterhouse Jive unenergetic or quiet. The first song (Grinderman’s No Pussy Blues) rocketed off Tim’s lead guitar like the strings themselves were Angry Birds getting flung at those damn green pigs. The next song – The Hives’ Tick Tick Boom – was even more energetic, but now the attention turns to lead singer Doug. Wearing a leather jacket, a plaid button-down, a low hanging belt, and faded jeans with a fist-sized hole, it’s safe to say he looks the part. At their first performance at Rocky Mountain Tavern, Doug says he wore “these ridiculous tight plaid pants”. Hey, if you’re going to be a rock star, you’ve gotta dress like one.

A rise to fame: Frills and Thrills style

Being powerful is like being a lady. If you have to tell people you are, you aren’t. Margaret Thatcher

The folks at Hiexpat.com dropped by my blog the other day. Apparently they like my scribblings enough to include me in their blog contest.

You can find the details here.

Frankly I couldn’t care less if you vote for me or not, but I do recommend taking a look at some of the other blogs. There’s some damn good sites listed–almost all of them with a lot better content than the rants I post. Have some spare time? Check em out.

Author's note: a version of this article appears in September 2010's issue of the Groove magazine. All photos in this post are mine, and may differ from the printed article.

Name three popular reggae artists. Go ahead. Wyclef. Bob Marley. and... and... yeah - the genre doesn't register very high on most people's radars. Being in Korea the genre is even less well known, if that's even possible. Enter Josh Roy - a Ugandan reggae artist that calls Korea home. 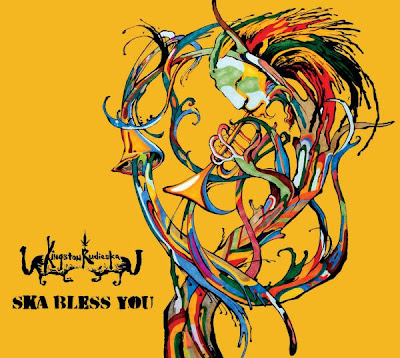 With multiple albums, concerts held on three continents and spanning genres from electronica to rock, it's a wonder he takes time to breathe. However busy he may be, it's a breath of fresh air to interview a fellow traveler and creative soul. CD reviews: Rock Tigers and ...Whatever That Means Being the self-proclaimed 'pioneers of Korean rockabilly' comes with some responsibilities. On one hand, you have to stay true to the genre that fans love. On the other hand, you have to add your own touch instead of just playing covers of songs made popular by other people. I recently sat down with Edward Burgos and Viviana Serratos over some burritos at Dos Tacos, eager to learn about their movie-making while in Korea. Their uncommon backgrounds (Edward is 1/2 El Salvadorian, while Viviana claims to be "Mexican, Puerto Rican and Spanish, and a mix of some other passionate cultures") give them a unique perspective on life in Korea.

By definition, a 'Game Changer' is someone doing what other people have only thought about doing. Ryan Goessl, the man behind Camarata Music Company, has already accomplished quite a feat in bringing together a choir and orchestra of foreigners like us. I had the opportunity to sit down with the man - in his motorcycle outfit, no less! - to get to know him a bit.

Chris Backe: What inspired you to start a music company?

Interview: What's up - no, really

Mon, 05/10/2010 - 01:12 - oneweirdglobe
Tweet
A version of this interview was published in May 2010's issue of the Groove magazine. All photos in the printed article are Aaron Brown's; all photos below are my own.