Thu, 10/22/2015 - 12:08 - The Kimchi Queen
Tweet
A reader informed me of an upcoming "Feminists Unite with Queers" film festival at Chung-ang University running from Tuesday, October 27th to Friday, October 30th. The films and times can be seen below. Queer films include Hedwig and the Angry Inch, Brokeback Mountain, and In The Turn. For more info, check out the event's Facebook Page.

Mon, 06/15/2015 - 23:32 - The Kimchi Queen
Tweet
Korea's Queer Film Festival starts this Thursday, June 18th, and runs until Sunday. With a range of international queer films and Korean short queer collections and a nice collection of gay, lesbian, and transgender films, it should be a nice weekend activity. 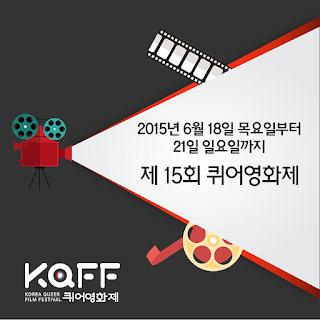 Thu, 05/07/2015 - 15:57 - The Kimchi Queen
Tweet
Pride is right around the corner! Korea usually celebrates with their annual Korea Queer Festival and Korea Queer Film Festival. Although very few specifics are available, dates have been announced so you can mark your calendars for Korea's Queer Revolution.

The Festival opens on the 9th of June in the Seoul City Hall with the parade on the 13th of June. The film festival will run from 6/18 to 6/21. 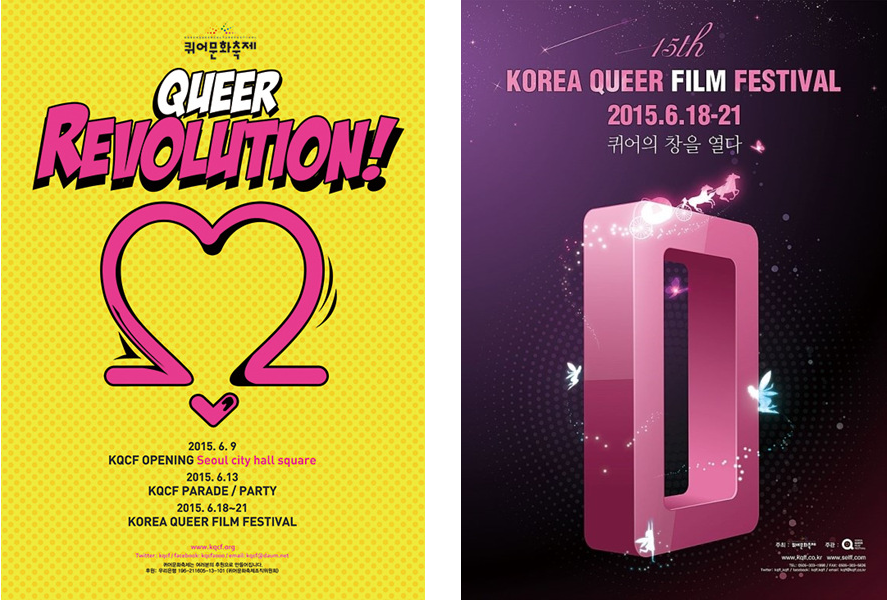 Sat, 11/08/2014 - 23:29 - The Kimchi Queen
Tweet
Argh! I didn't have time to write about queer happenings this weekend, which means I forgot to write about the fact that the Seoul LGBT film festival is back in town. Such a bad blogger... However, you can still make it to the second day. KU Cinema will be screening five films on Sunday, November 9th.

Here is a quick line up of the movies:

Another Queer Weekend: This Is Halloween and the Queer Film Festival in Jeonju

Wed, 10/29/2014 - 15:22 - The Kimchi Queen
Tweet
Seoul has a lot going on this weekend for gay Christmas and it starts tomorrow! If you want to join Gay Friends in Seoul for a screening of Young Frankenstein, join us tomorrow, Thursday, November 30th, at The Hidden Cellar in HBC at 7 pm.

Although I haven't noticed any specific parties lined up for this Friday (Halloween), Homo Hill is likely to be full of people. If you see a purple-haired Glinda the Gay with a handsome Wicked Bitch of the East, say hi to the Kimchi Queen and his boyfriend.

Thu, 10/16/2014 - 14:57 - The Kimchi Queen
Tweet
Korean-American director Andrew Ahn (do you remember Dol?) is crowdfunding for a new film about a Korean-American teenager who discovers an 'underground culture of  gay sex' at his new workplace: a Korean spa.

Very Queer at Indie Plus

For those who haven't had a chance to see this season's gay films, Indie Plus is screening The Gays Are Coming Volume 3 Some, Night Flight, First Dance, and Stranger By the Lake over the weekend of October 10th through October 12th. While there won't be English subtitles, First Dance looks like it has English subtitles for the parts in Korean and Korean subtitles for the parts in English and Stranger by the Lake is in French.

The Gays Are Coming: Volume 3 Some 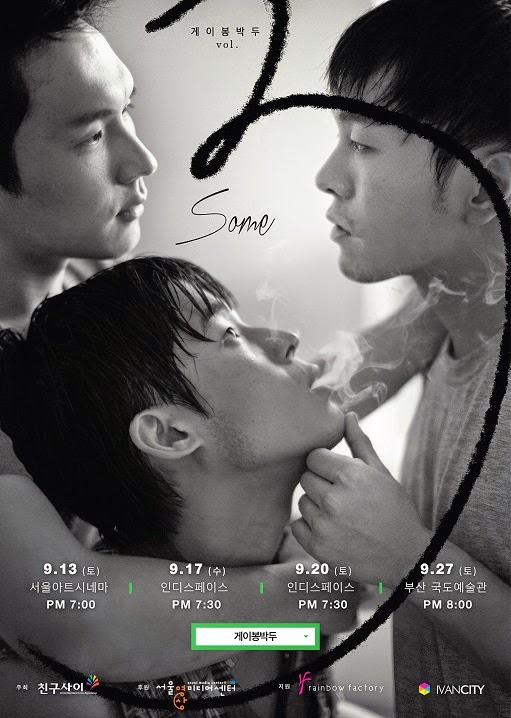