Eat, Play, Dance! The most delicious performance in Korea! ‘Bibap’

Bibap is a Korean nonverbal performance with the concept of Korean representative dish ‘Bibimbap.’ The show describes the cooking competition of chefs through the combination of music with b-boying, acrobatic, and martial arts. Started in 2008 as a 30 minute show, Bibap has actively participated in international and domestic food fairs, biennales, and even 2010 Edinburgh Fringe Festival. Our Trazy user, Jihyeon L, visited the Bibap show. She said it was great fun. Shall we listen to her story of how much she enjoyed it?

Inspiration through Dance - Dance To Connect in Busan

Being part of a multi-racial society can be a barrier to making friends due to the limitations of language, but recently here in Busan four groups of people crossed that divide in a most unusual way.

The Dance-To-Connect workshop arranged by the American Embassy Seoul and the American Prescence Post in Busan invited the Battery Dance Company (BDC) from New York to hold a week long workshop in Busan.

The worksop was hosted at the Sohyang Music Theatre near Centum in Busan and comprised of four groups of people numbering about a hundred strong.

The theme of the show was to highlight the emotions of the lives of people in each group. I was very fortunate that my wife, a Filipina was one of the housewife group members and became the photographer for the event.

In another post I explain a little bit more about how these awesome videos came into the world. So if you want to learn more, you can check that out. Othewise I’ll just get out of your way and let you enjoy yourself!

A comedic introduction to some of the sports students practice at my school. 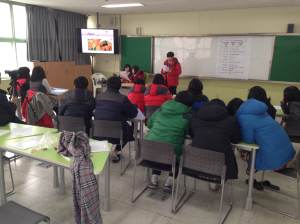 The leaders at Google believe that people are happier and more productive when they spend 20% of their time at work on a personal project, something that interests them, gets them fired up and invites the creative juices to flow. So, for part of Winter Camp 2015, I gave my students the opportunity to do just that! For two weeks they worked one hour each day on an independent project of their choice, and finished by presenting to their classmates. The only catch was that they had to use English in SOME WAY. From creative music videos to a detailed analysis of different educational systems arond the world, they produced some amazing work! 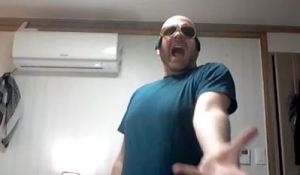 I hesitated posting this when my friend, who has organized a January Fitness Challenge, challenged everyone participating to participate in “Wiggle It Wednesday.” Dance like no one is watching and so on. I soon relented a small part of my fear and posted just to our page. Notice, however, that I used Vimeo instead of YouTube. Less evidence. With so little time to do anything productive this month, you’d think I’d find something better to do with myself. I could have studied a language, planned my next trip around Asia, written an article, sponsored a dog, cooked a fantastic meal, exercised, or at least prepared for my day job.

Instead, I arsed around making this here pointless video… enjoy!

May I have this silent dance? *Korea Silent Disco*

Hongdae, one of my favorite neighborhoods in Seoul, Korea, is known for being loud and full of music. Every night you can count on the area’s public spaces to be full of spontaneous and talented performers and one can not ignore the deafening beats blaring from the many clubs that line Hongdae’s narrow streets. But one random night each month is reserved for a different kind of party.

Friday night, Circuit is having another Animal party. Honestly, it pretty much looks like the same old Circuit stuff. 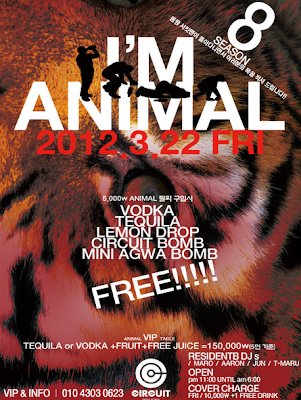 Working out is just that, work. Why not ditch the treadmill and join the new Latin dance inspired aerobics craze ZUMBA!