Another year of my life in Korea has passed. This March will mark the seven year anniversary of my first arrival in Korea. It seems like that long. That’s neither good nor bad; it’s just how I feel. If I look back on 2011 I can say that it has been a good year. As well as passing some milestones, it has been productive, it has been exciting, it has been tragic, and it has definitely strengthened my resolve to see things through in the future. But, I don’t really want to go on about how 2011 was when 2012 is here and happening now.

Does Photography Ruin your Vacation?

When I was in university there was a lot of talk about what it meant to “travel” This mostly came from white upper-class students whose parents were paying for their university and traveled to exotic and remote places like…. New Zealand or England. They came back with stories of how they were not tourists and mingled with the locals. Of course I am not entirely being serious here but for the most part that was the common element of these inane conversations in my university “tourism” class.

ARKP Episode 12 – Do We Want More than Just Idol Music?

This week’s events have brought the show down to a bit of a sad note, but I hope you don’t let that stop you from enjoying the show as usual.

Today has seen the Korean blogosphere dancing in the delights of this recent article of sorts on CNNgo.

Fortunately a few bloggers have jumped to protect Korea because Korea is such a wonderful perfect place that has never done anything wrong and shouldn’t be criticised for the realities its society presents. Grrrr. What I couldn’t get over was the general belief that this post was taken so seriously and the defence of Korea was so patriotic. So in defence of decency I will try to add my own flavour and sense of balance to this debate.

But first take a moment to read what has already been said:

Of course, no one here is right or wrong. It’s just … well… so what? As David S. Wills makes the point, anyone who reads the CNNgo post will – hopefully – realise that this is a little bit of jolly finger-pointing…at least I think that’s the point he made (I only had a few minutes to read so I read quickly, as in quicker than ‘scan’ reading).

Anyway, the balancing act courtesy of me. Drum rolls please!!!!

1. Learn to Drink Like a Fish – Yes, do! You’ll have a great time. Forget about how much Koreans drink – I don’t think most of these other bloggers have ever seen how much English teachers in Korea drink! And, on that point, I am assuming that the people who move to Korea are adults and can make their own decision as to how much they drink. My personal preference is to drink as much as I can and learn from your mistakes (I always try to smile and say please and thank you). I am assuming you, the reader, have strong enough self esteem to make your own decisions.

Re: 12 rules for expat life in Korea

A recent article on CNNGo recently talked about the 12 rules for expat life in Korea. While I found myself agreeing with some of them, living in Korea requires more than drinking like a fish or learning to dance K-pop (yikes!). If you’re coming to Korea to teach, work as a business person, serve the military, or otherwise hold a respectable position in Korean society, THESE are the 12 rules to follow.

1. Embrace the culture’s take on alcohol, but know when to say when. Going to the bar with friends and co-workers is common, and (if the boss is paying) a chance for a superior to show their position. At the same time, know when enough is enough. You need not refuse a drink, but sip instead of chug, and choose beer over soju any chance you get – the latter is four times as potent. 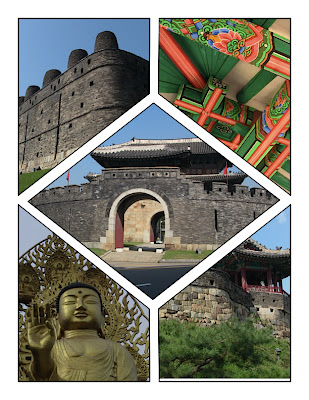 Truth be told, I've been sitting on a little news for a few weeks. A while back I decided to try my hand at producing a QiRanger Adventure for a slightly different market. I opted to submit a piece to CNNGo, the Asian travel arm of CNN International.

To my delight, they accepted my pitch and I set off filming one of my favorite places. Not only did I need to write a short article, I needed to capture the beauty of  Suwon Fortress and do it proud (most notably, since my last video of this place was an 11 minute ramble as I walked through its grounds).