Re: Moving sale (Refrigerator and...
2 days 11 hours ago
Re: Merida Full Suspension Mountain...
3 days 21 hours ago

One Nation, Under the Chaebol ONE NATION, UNDER THE CHAEBOL

Aweek ago a friend passed on an intriguing post from the Global Voices website about a new piece of proposed legislation seeking to strike back at Korean consumers taking their business overseas. It appears that,  in order to skirt the significant markups on consumer electronics, younger consumers are increasingly utilizing overseas internet retailers such as Amazon, and this is creating quite a bit of consternation among the denizens of Korea Inc. For those that reside in the ROK, the atmospheric prices―relative to those in the U.S. at least―of computers, smartphones, speakers, autos, clothing, etc., is hardly shocking news. However, those unacquainted with shopping in Korea may be puzzled to learn that even Samsung, LG and Hyundai products sell at prices often two to three times greater than those charged in the U.S. market. In fact, one disgruntled Korean consumer cited in the story points to a Korean brand TV selling for roughly $5,900 in Korea and $1,550 in the U.S. This difference is stark.

Nostalgia for a Despot: an Armchair Perspective of Korea’s Present

The big talking point in the land of the morning calm is undoubtedly the election of the conservative party candidate Park Geun Hye to the presidency. Park’s father is man by the name of Park Chung Hee, whose name is both revered and reviled in Korea. Park Geun Hye is a woman, but more in the vein of Margaret Thatcher, where it could be argued gender is incidental.

Park’s election has sparked plenty of talk due to her relationship with her father who ruled this nation with a very controversial iron fist for the best part of two decades in the 1960s and 1970s. While I didn’t follow the election race in too much depth, I know that Park’s victory ticked all the boxes in terms of surprise, disappointment, doom, and any other negative or positive political emotion you can think up.

Mon, 01/30/2012 - 19:49 - yhs816
Tweet
1. National
1) Students in Seoul got liberation?
Seoul Education Superintendent Kwak No-hyun proclaimed the controversial students’ human rights ordinance that bans any kind of corporal punishment, continuing his clash with the central government and many parents and teachers nationwide. It took effect immediately in all elementary, middle and high schools in Seoul. It prohibits discrimination against students based on gender, religion, age, race, whether they are pregnant or because of their sexual identity. The ordinance allows students to stage rallies and loosens dress and hair codes in schools. The most controversial part of the ordinance is the banning of corporal and verbal punishments, which many parents and teachers say will lessen teachers’ authority and lead to students getting out of control. Critics say that Kwak does not understand the realities in the class rooms. 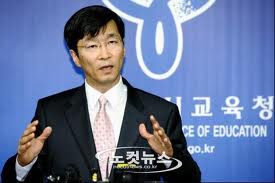 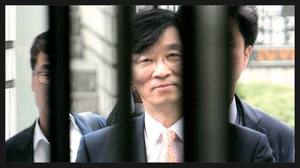 The leftist Mr.Kwak was released from four months in jail last week after being fined 30 million won for election bribery last year, and he is the head of education in Seoul. Paris Hilton preaching teenagers to keep virginity until marriage ……

When Do We Call it the Mother-Of-All-Wars on Inflation?

Lots of Bluster, Unimpressive Results
Inflation continues in Korea, as expected. The Seoul Gyopo Guide suggested that the “war on inflation” declared by the Korean president was a pronouncement made far too late, and Korea faced a tenuous foreign exchange rate/interest rate/inflation conundrum. You cannot lag behind inflation, that isn’t how it works. Why? The reason is that in addition to the idea of actual inflation, there is the notion of expected inflation. In fact, one source of actual inflation in Korea, high energy prices (oil), has declined by over 10% over the past two months, as the Middle East tensions have been mitigated by the fear of a slowdown in global economic growth. However, expected inflation rages on, and as such, companies and people continue to fear inflation, which makes it a self-fulfilling prophecy of sorts.

Bank of Korea to Everyone: Eff You, ‘Nuff Said

Bank of Korea Raises Interest Rates
Read other posts on this blog: the Bank of Korea has a difficult job. It meets every month to determine the path of interest rates. The financial markets attempt to predict what the Bank of Korea will do, and financial instruments, including the value of the Korean Won, move in anticipation of policy adjustments. This happens with every currency around the world. Some people believe that transparency with respect to the scope and timing of interest rate changes is important. WRONG. Independence, and the element of surprise are far more important elements that the Bank of Korea should fight hard to retain. By taking the market by surprise this week, it has done that. Bravo to the Bank of Korea, as it has collectively said to the world: back off.

This almost hilarious article appeared in the FT Beyond BRICs blog. Koreans have long known that the chaebol dominate Korean life. Shareholder rights is, for the most part, a foreign concept. Financial efficiency may be a stated goal but is not seriously pursued. That should be the demand made by shareholders. The funny thing is that the article tries to point out the NPF is being criticized for being a silent partner of the chaebol. That is a fact. More importantly, the problem is that the status quo affects not only current and future shareholders, but also affects disaffected employees, and Korean society as well.

I’m not even going to be shy about it – Hyun Ah is about as pretty as a Vegas whore. But, the real doucbebags are the producers and the editors of this Hankyoreh infomercial for suggestiveness.

Emphasis on the sexy code leads to cases of forced exposure.